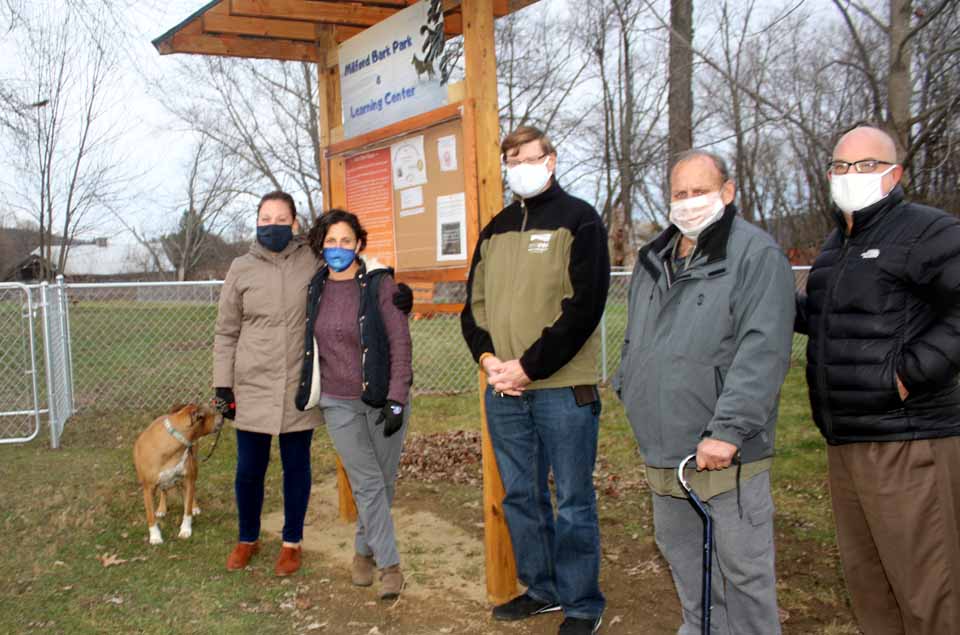 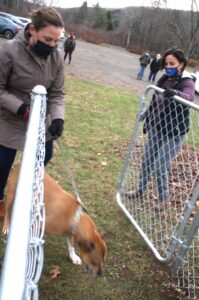 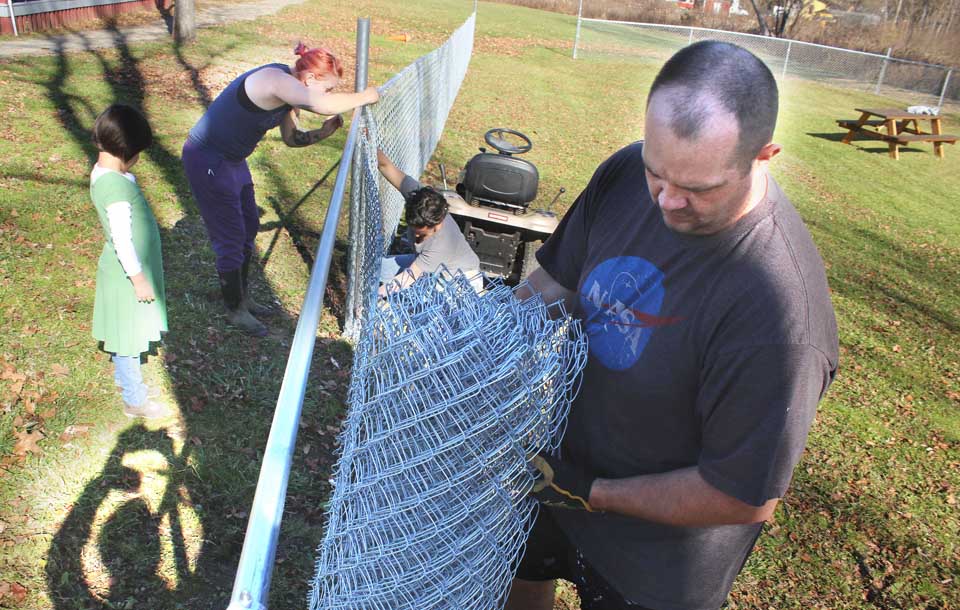 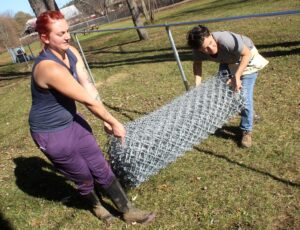 Milford’s Dan Atkinson rolls out chain-link fencing this morning at the Village of Milford’s Wilber Park, where work is underway to complete a community dog park in time for its prospective dedication at 4 p.m. Thursday.   Attaching the fencing are Dan’s wife Kimberly Winsor, right, and Sarah Cummings, Oneonta, who is active there in Superheroes on Ripped Jeans, the animal-care group.  At left, the Atkinsons’ daughter Willow, 5, looks on.  Inset, Sarah and Kimberly do some of the heavy lifting.    The $3,500 project is being accomplished with the help of a grant from the Milford Rotary Club.  It would be the first public dog park in the county, although other communities are considering similar facilities.   (Jim Kevlin/AllOTSEGO.com)

Dog Park Stays In Budget, But Council Concerned About Spending

ONEONTA – The Neahwa Park dog park and new positions in fire and public works departments were among the items in the city’s $20 million 2020 budget, but with a deadline looming Council members decried the lack of time given to addressing the changes.

“This year’s budget is a very aggressive one,” said Mayor Gary Herzig. “We give our Council members more time to discuss parking spaces than we do our budget.”

“This is the most confusing budget,” said outgoing Council member Melissa Nicosia, Second Ward. “I’m feeling overwhelmed by the information I’m being fed. I don’t want to have to go through this with a fine-toothed comb.”

END_OF_DOCUMENT_TOKEN_TO_BE_REPLACED

ONEONTA – It’s not just dogs that will benefit from the proposed Oneonta dog park.

“There are a lot of dog lovers in Oneonta,” said Common Council member Michele Frazier, First Ward. “People who love dogs meet each other at dog parks, it fosters community.”

The dog park, which has been proposed several times over the past few years, was once again brought to the table during the city’s Operations, Planning and Evaluations Committee meeting on Monday, Aug. 26.