Last month, I put statements in All Otsego for our country to heed the call of unity as well as speaking to you all about it. I firmly stand by my statements. I speak on the week before Election Day by saying that regardless of who wins and who loses in this election and other elections, we need unity.

If we are to have unity, we need to put our political parties and their agendas aside and come together for the sake of our country. When 9/11/2001 happened, we had unity which was, and is, a blessing in disguise.

END_OF_DOCUMENT_TOKEN_TO_BE_REPLACED

On Whether To Reject

ONEONTA – A resolution, “We Refuse,” objecting to the international United Methodist Church’s reassertion of its prohibition on gay marriage and gay pastors, was inserted into today’s Sunday Service program at Oneonta’s First UM.

The local resolution calls the church’s “Traditional Plan,” which reaffirmed its ban and was approved by majority vote last February, “exclusive, punitive, and unwelcoming” and declares it “incompatible with God’s all-inclusive love of and for everyone…and with Jesus’ teachings,” which tell people to love everyone “unconditionally.”

The resolution goes further, labeling the Traditional Plan “un-Christian.” It calls for regional churches and the bishop to reject it and pursue a separate path.

The insert also announced a Special Charge Conference for 6:30 p.m. Thursday at the church, where members of the congregation will debate and vote on “We Refuse.” Rev. Marti Swords-Horrell, the pastor, will preside.

Delivering the sermon today was J.J. Warren, a gay seminary student from Penn Yan whom Bishop Mark Webb, of the Syracuse-based conference that includes Otsego County, has said he will not ordain.

END_OF_DOCUMENT_TOKEN_TO_BE_REPLACED 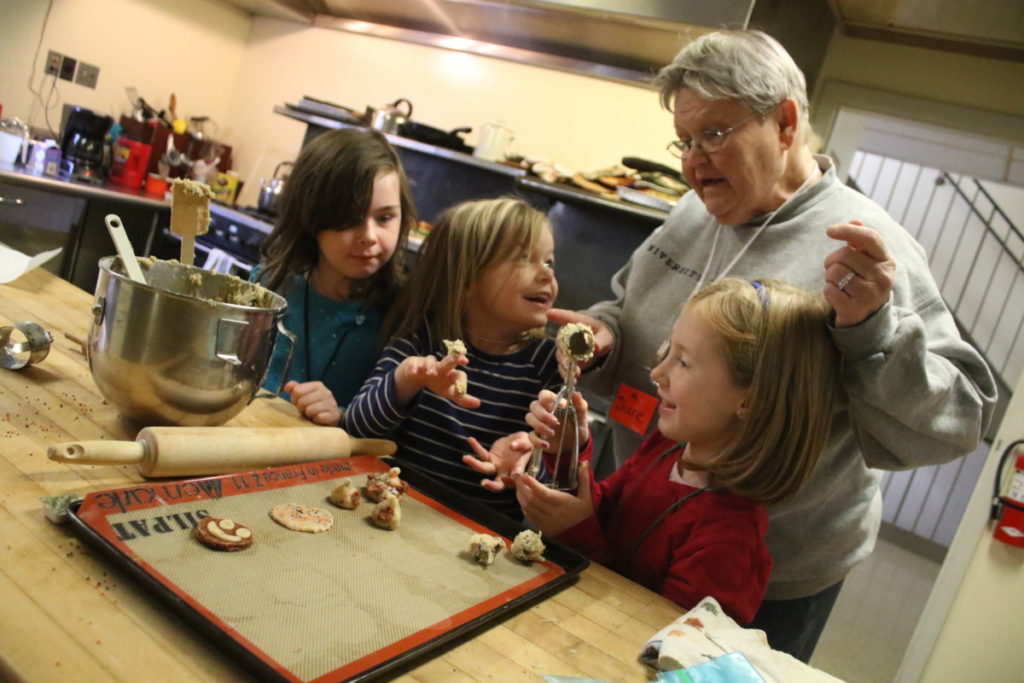 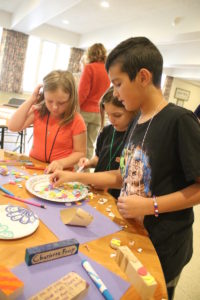 With county schools closed for superintendent conference days,  Cooperstown area children in grades 1-8 spent a day of activity at Upbeat Club at the Christ Church. Above, Diane Koffer, Cooperstown, oversees Molly Murphy,  Allie Nagleschmidt and Zola Palmer in the kitchen baking cookies. At right, Elias Vazquez, Hartwick, and Elainie Nelan and Alana Feury, both of Cooperstown, make inspiration blocks. The program operates on days children are off from school, and focuses on faith-based crafts, games, cooking and promoting character growth. It is sponsored by the Ecumenical  Council of Churches in Cooperstown. (Ian Austin/AllOTSEGO.com)