During my father’s last hospital stay, as he was being treated for lung cancer that had spread to the brain, an attending physician asked him, “What’s your life’s plan?” The doctor wanted to talk about brain surgery, and Dad was having none of it. “What’s my life’s plan?” he replied. “Pushing up daisies, that’s my life’s plan.”

This was in the spring of 2006, and my father died shortly after. Since then, though, “pushing up daisies” has become a real option for those making end-of-life plans. The National Funeral Directors Association reported last year that 55.7 percent of people surveyed in an NFDA Consumer Awareness and Preferences Report would be interested in green funeral options because of their potential environmental benefits, cost savings or other reasons.

END_OF_DOCUMENT_TOKEN_TO_BE_REPLACED 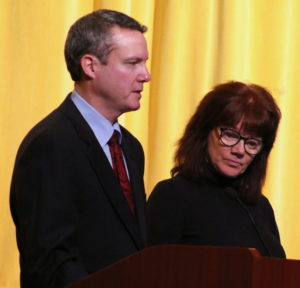 END_OF_DOCUMENT_TOKEN_TO_BE_REPLACED

Funeral Service May 19 For Billy Aufmuth

Funeral Service May 19 For Billy Aufmuth