4-HERS AIM TO SAVE COLONY 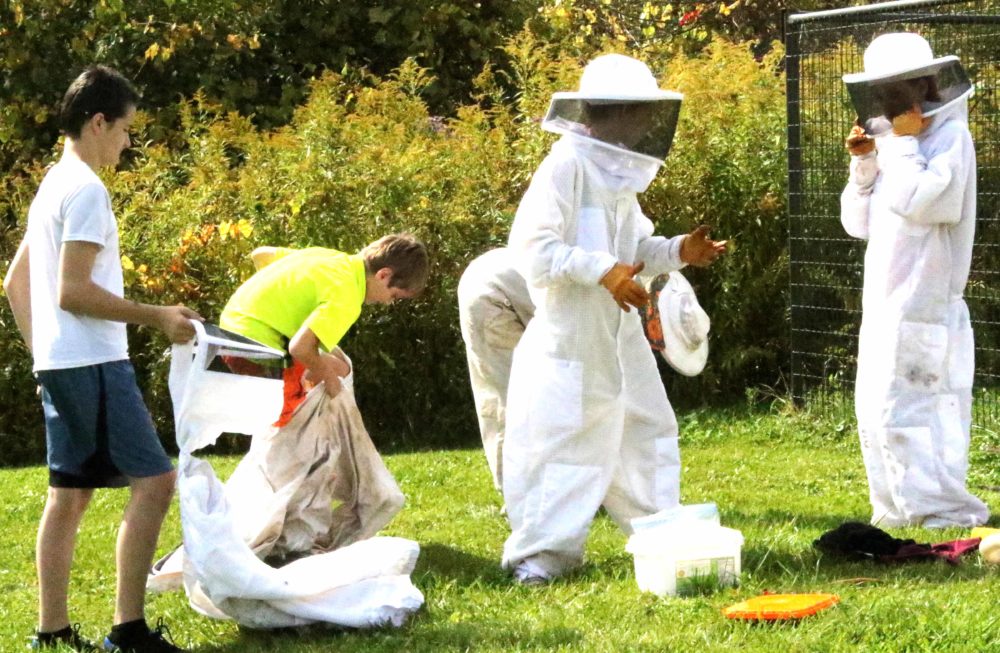 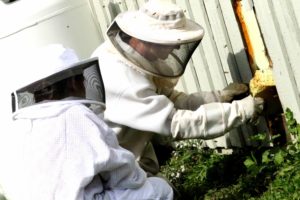 If you happened to drive along Route 28 past the Susquehanna SPCA this afternoon, you may have noticed what looked like an invasion of moon men.  Actually, it was the 4H Homesteaders of Hartwick Seminary, intent on retrieving a swarm of bees that invaded the walls of the animal shelter, then recreating the hive at the nearby home of Leatherstocking Bee Co., whose owners, Tammy Van Buren-Duke and Luke Denbleyker, also advise the 4H club, many of whose members are part of Tammy and Luke’s blended family.  Getting ready for the operation are, top photo, from left, Tanner Griffin, 13, Noah Denbleyker, 10, Tiffany Pagillo, 16, and Hannah Denbleyker, 13.  Inset, Luke examines the hive for the queen bee; if the queen could be found and put in the portable hive, the rest of the swarm would follow her.  4-Hers and their advisers were all impressed by the way bees work together.  “They all coordinate to help the hive,” Tammy said.  (Jim Kevlin/AllOTSEGO.com)

Paul was a descendant of the first Ingalls who came to the new world in 1628 and settled in Lynn, Mass. A seventh-generation farmer, he was born July 6, 1947, at Bassett Hospital, a son of Rodney Howard Ingalls and Virginia Mary McGraw Ingalls.

END_OF_DOCUMENT_TOKEN_TO_BE_REPLACED

HARTWICK SEMINARY – Features Coffee, Beginning tomorrow, the Susquehanna SPCA is planning a pop-up Cat Café from 10 a.m. to noon at the Shelter, 841 Route 28, in connection with national Adopt a Shelter Cat Month, featurings cats, coffee and croissants.  A $10 donation is suggested.

The Cat Cafés will be on each Saturday in June, as this is typically the time of year when shelters overflow with kittens.

END_OF_DOCUMENT_TOKEN_TO_BE_REPLACED 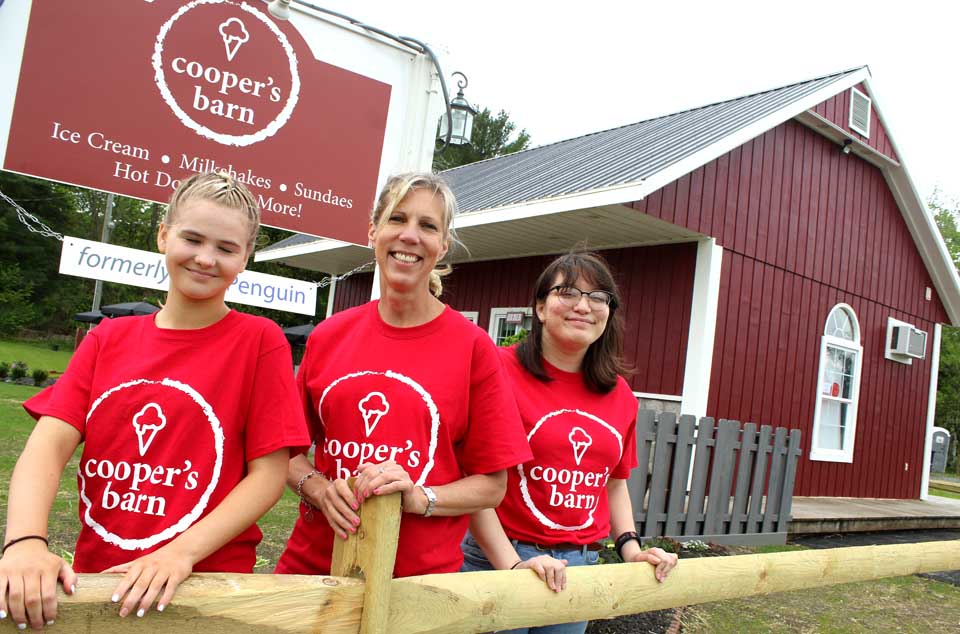 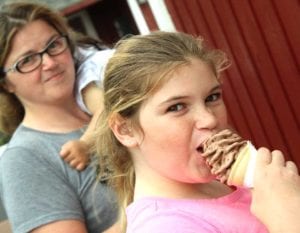 Proprietor Trish Rost, top photo,  center, is joined by members of her team, Lauren Koffer, left, and Keiko Shieber, in front of the new Cooper’s Barn, which opened Friday on Route 28 in Hartwick Seminary, serving ice cream, milk shakes, hotdogs and more.  Trish is partnering with Bob Snyder, Cooperstown, in the venture.  The barn-red paint  replaces the tan you may remember on Penguin Ice Cream, which the Hitt family operated for 14 years.  Inset left, Dakota Hitt, granddaughter of the former owners, tries out the new offerings this morning; with her is mom Crystal.   Try it out before the Dreams Park crowds arrive Friday.  (Jim Kevlin/AllOTSEGO.com)

According to the meeting minutes, Cooperstown Fire Chief Jim Tallman said his department would respond to any fires at the site under its mutual aid agreement with Hartwick fire departments.