END_OF_DOCUMENT_TOKEN_TO_BE_REPLACED

HOPS FESTIVAL – 10 a.m.-5 p.m. Learn and celebrate the local history of hops in the Cooperstown area. Includes family friendly activities, an exhibit, visiting with the tradesmen to learn how hops were incorporated into daily life. There will be opportunities to brew and taste craft bears. Finish the day with some food and drink with your friends on the Bump tavern green. Tickets, $12 adults, $10.50 seniors, $6 juniors. The Farmers Museum, Cooperstown. www.farmersmuseum.org/Hopsego

END_OF_DOCUMENT_TOKEN_TO_BE_REPLACED 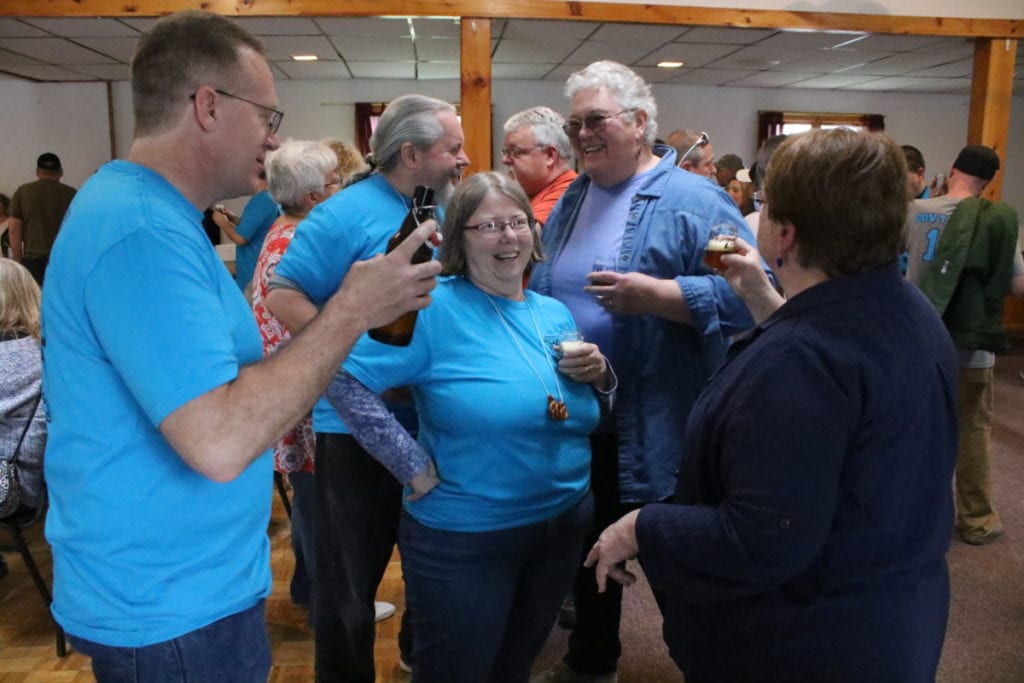 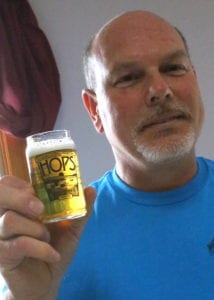 Todd Snelson, Oneonta, above, left, pours glasses of his New York Maple Imperial Pilsner for Robin Haddock, Judy Tator and April Gates at a tasting event Saturday to raise funds for the Sixth Ward Athletic Club. The event featured 10 locally brewed beers made especially for the event by the Homebrewers of Oneonta Proper Society (HOPS).  Matthew Brown, right, Oneonta, won first place in both the Public vote and the Brewer’s vote for his American lager. (Ian Austin/AllOTSEGO.com)

END_OF_DOCUMENT_TOKEN_TO_BE_REPLACED

ONEONTA – Otsego County’s reputation as a hops-growing hub was further fertilized today at 110 hops growers, prospective hops growers and people interested in the revival of the historic local crop toured sites from Oneonta to Pierstown.

Another 30 people tried to register for the Northeast Hops Alliance’s annual Field Day, but couldn’t be accommodated, said Alycia Schick, a staffer with the Madison County Cooperative Extension Service.  A smaller tour is contemplated to accommodate those people.

The tour, led by Upstate’s “Mr. Hops,” Steve Miller, the cooperative extension agent, based in Morrisville, who has been a key organizer and information resource for the Central New York hops revival, began at Northern Eagle Beverage in Oneonta and stopped for lunch at the Cooperstown Brewery in Milford, where Northern Eagle’s hops harvester, the first in the county was examined.

After a visit to Brewery Ommegang’s experimental hops plot — a couple of dozen varieties are being test-grown — the tour finished at Hager Hops in Pierstown, where 10 acres of the crop have been planted this summer.

The final pieces are two refurbished Wolf Harvesters, purchased in April and imported from Poland for Hager’s Hops, owned by Anheuser-Busch heir Lou Hager Jr. of Cooperstown and affiliated with his Oneonta distributorship, Northern Eagle Beverage.

“This is exactly what farmers here have to have,”  said George Allen, Northern Eagle president, who was at the scene and has been Hager’s point man, not just with the recent acquisition of Cooperstown Brewing, but in the development of a 200-plant hops farm in Pierstown.

The harvesters complete the circle – from hops growing, to harvesting, to pelletizing, to brewing.

Farmers have started growing hops in earnest again since the state’s Farm Brewery Act of 2012, among other things, required that 90 percent of ingredients used in local microbreweries must be grown in-state by 2022. Today, 20 percent of the ingredients must come from New York; in 2018, that rises to 60 percent.

Hops, however, are time consuming to harvest. The Wolf Harvesters, available on a contract basis, can harvest 170 “binds” – strings of hops – per hour, and the harvested seed cones can then be pelletized at Northern Eagle’s current plant on Railroad Avenue in Oneonta, Allen said. That’s 10 pounds of “wet hops” per bind, which dry to 2.5 pounds.
Northern Eagle is breaking ground on a new distributorship and plant in West Oneonta in the next few weeks, the executive said, where additional space will be set aside for processing hops.

Pelletizing preserves the hops so they can be stored and used by breweries as needed; otherwise, the fresh hops must be immediately used in beer’s manufacture, impractical for breweries.

“Last week has been a big turning point for hops growing in New York State,” said Allen. In addition to the two Milford harvesters, two others were installed: at Climbing Bines near Penn Yan and Mosher Farms, Bouckville. Until now, there have only been two contract harvesters – one at Madison County Cooperative Extension in Morrisville, the other on Long Island.

Steve “Mr. Hops” Miller, the Madison County extension agent who assisted Hager in obtaining the harvesters, said that, for optimal results, the hops vines should be at the harvester within 45 minutes, so “we’re nowhere near flooding the market.” There are companies in New York State that are developing mobile harvesters, he added.
George Allen said he has contacted 20 hops farms as far away as Long Island and Buffalo, lining up business for the Milford harvesters.

The Farm Brewery Act, Miller noted, only applies to microbreweries, defined as producing 60,000 barrels a year. “Ommegang is at the upper end,” he said. Anheuser-Busch, which brews near Syracuse, plus the Genesee Brewing Co., Rochester, and Matt’s Brewing, Utica, are thus exempt.

NeHA, the Northeast Hops Alliance, is collaborating with Hager Hops, planning an open house at the Pierstown hops yard on Aug. 2.