In Germany, more than 1,200 new words have been created in age of COVID-19

Maybe when marijuana vendors appear at Disney World, or when the venerable theme park comes up with a Marijuana Mile theme ride, or maybe Marijuana Maelstrom.

Then, perhaps, the Village of Cooperstown – “the pinnacle” of youth baseball camps, according to Lunetta Swartout, Cooperstown Stays proprietor, (and she ought to know) – should approve pot shops, or a “recreational cannabis dispensary,” or whatever, along Main Street in Baseball’s Mecca.

Maybe then, but now the debate is more than theoretical.

Simmering, simmering for years, marijuana legalization moved to the front burner over the weekend, when Governor Cuomo and the leaders of the state Senate and Assembly agreed on legislation “to legalize adult-use cannabis.” The Assembly and Senate approved the bill Tuesday, and Cuomo was expected to sign it.

END_OF_DOCUMENT_TOKEN_TO_BE_REPLACED

By JULIE DOSTAL • Special to www.AllOTSEGO.com

This is not your parents’ weed.  Information and data from states that have legalized marijuana should give New Yorkers reason to pump the brakes on taxed, regulated recreational use.  Legalization of the 2020 version of cannabis is not about consenting adults discretely smoking a joint in the privacy of their home. 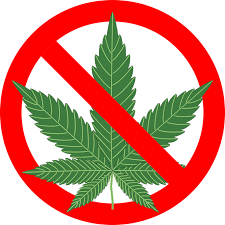 It is about an industry-driven, full-on commercialization with pot shops, pot advertisements, pot sponsorships, and pot fundraisers.  All of these to sell pot brownies, gummies, cookies, vapes, sodas, infused wines, distillates, concentrates, ointments, and vapes. If we legalize cannabis for recreational use, prepare to be inundated with highly concentrated cannabis products that do not remotely resemble the weed most readers might remember.

We as a community need to view legalization with eyes wide open.  This is about a billion dollar industry whose primary concern is NOT your health or the health of your children.  It is about dollar signs in an untapped market.  There are multiple promises that the industry and its advocates have touted related to the commercialization of the drug.  The public should know that nearly all of the industry’s public health promises have been disproven in the states that have legalized recreational use.

Promise: Youth use rates will go down

Reality: Youth rates of cannabis use are increasing

Promise: The black market will disappear

Promise: Social justice issues will be resolved and fewer minorities will be arrested

Reality: Arrest rates for minorities are disproportionate in legal states and increasing

Promise: The cannabis supply will be safer

Reality: Commercialized cannabis, up to 99.9 percent THC, is a drug with far more harms than the 5 percent THC version of pre-legalization

Reality: Cannabis Use Disorder (Addiction) is an actual diagnosis

Reality: This early assumption was disproven by a 2019 study.

Revenue projections are also not as promised.  None of the NY tax-bonanza predictions include the costs associated with police for increased traffic enforcement, hospitals for increased emergency room visits, government departments for increased oversight, poison control for increase calls for pediatric consumption, businesses for diminished job performance, or mental health for increased incidences of psychosis (all of these have occurred in legal states).  Those are not costs that will be borne by the billion dollar cannabis industry.  Those are costs that will land on tax payers.  In Colorado, tax payers spent $4 to mitigate the cannabis-related harm for every $1 gained in tax revenue.  But, those numbers don’t make national news.

Let’s pump the brakes, New York.  Our youth, our health, our traffic safety and our mental health are far more important than a questionable revenue stream.  We did the right thing last year with decriminalization.   The next step does not have to be opening the doors to a billion dollar industry whose entire job is to make stockholders happy.  Commercialization does not have to be inevitable.

Julie Dostal is executive director of The LEAF Council on Alcoholism & Addictions, Oneonta.

Boys, Welcome To Baseball Mecca – Have A Joint

The other day in downtown Cooperstown, a kitchen worker stepped out onto Main Street’s sidewalk in the middle of the day, lit a joint, took a few tokes and went back to work.

You might think, get used to it. But let’s not get ahead of ourselves.

Legalization of marijuana, which the ascendant Democratic majorities in the state Legislature and Governor Cuomo expected to become law in January, has foundered over a number of issues.

When trouble arose, the governor’s fallback plan was to include legalization in the FY20 state budget that passed April 1.

A state budget is a cloak for a myriad of controversial issues. The single budget vote, required by April 1 under the state Constitution, gives assemblymen and state senators deniability if constituents try to make them accountable on any single issue – like, say, legalizing pot.

END_OF_DOCUMENT_TOKEN_TO_BE_REPLACED

ONEONTA – The legalization of marijuana is coming soon to the state and Oneonta should begin preparing for it. Similarly to the montana marijuana laws, then once the use of medical marijuana becomes legal in Oneonta, then there will also be rules to follow, in order to comply with the industry and the law. So, if you’re thinking of making the most of those new dispensary products online and opening a dispensary in order to cash in on this change in legislation, keep an eye on rules and regulations as they emerge, so that you’re not hit with fines before you have even begun.

That was Mayor Gary Herzig’s big news from the New York Conference of Mayors (NYCOM) in Albany, specifically in the meeting of the Community Development Committee of Mayors. which Herzig co-chairs.

“This is something that is coming,” the mayor told Common Council’s Community Development Committee at its meeting this evening. “It…could impact our future and we should start thinking about it, positively or negatively. I don’t have judgement on it either way.” Soon, anyone who is a user of medical marijuana will be able to look into something like speed greens online, if they do not have time to visit a dispensary. But until then, everyone who live in Oneonta will have to wait until this becomes legalised. This may have been a long time coming.