A graduate of Yale University and Harvard Business School, she runs Prokanga, a recruiting and consulting firm focused on creating flexible roles for working parents, manages the family cattle operation alongside her husband, and is active in the development of youth agriculture in New York State.

According to Mr. Benton, young voters are looking for a representative who is ready to take on the big fights facing the district today and for the years to come. “Jamie is that fighter,” he said. 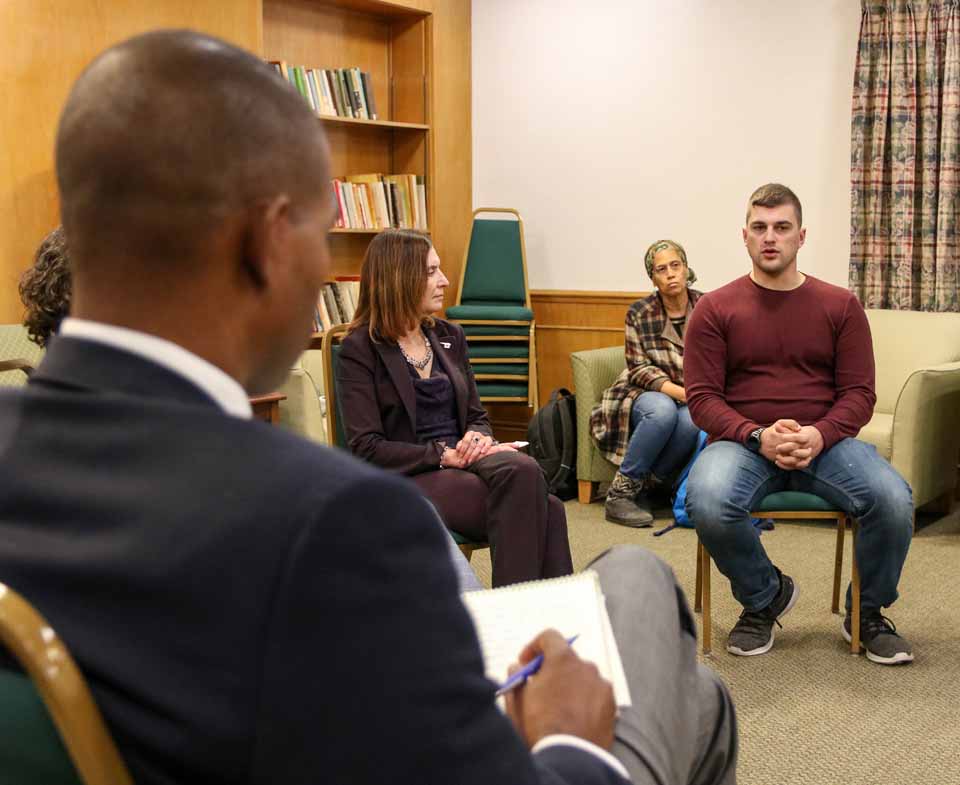 General With Eye On Office

Delgado To Serve On Ag,

In the 116th Congress, U.S. Rep. Antonio Delgado, D-19, will serve on the Agriculture Committee and the Transportation and Infrastructure Committee.

“From Day One I’ve said I want to focus on the priorities of our district, and these committee assignments will give me the ability to do that every day in Congress,” said Delgado.

END_OF_DOCUMENT_TOKEN_TO_BE_REPLACED

Delgado In Oneonta For 4th of July Festivities

ONEONTA – There are 163 towns in the 19th Congressional District, many of them with fireworks, parades and other events celebrating Independence Day.  And Antonio Delgado, the Democratic candidate for Congress, chose to spend his Fourth of July in Oneonta.

“Oneonta is a wonderful place,” he said. “I have a responsibility to touch every part of the district, to meet with people and listen to them.”

END_OF_DOCUMENT_TOKEN_TO_BE_REPLACED

ONEONTA – Citing a “bold progressive agenda,” Mayor Gary Herzig has endorsed candidate Jeff Beals for Congress in the June 26 Democratic primary in the 19th Congressional District, the first and only endorsement by a city mayor in the race.

“Jeff Beals is the tough, experienced progressive we need to take on John Faso in the fall,” Herzig declared. “He stands out in this race with a bold progressive agenda and the government background to make change happen.  He will win this race, and I stand with him and the movement he has built to change life here for the better.”

END_OF_DOCUMENT_TOKEN_TO_BE_REPLACED

Cooperstown Grad Runs In 19th Vs. ‘Those Boys’

If She Beats 6 Democrat Men, She Faces Faso

COOPERSTOWN – Erin Collier, a Cooperstown Central graduate, nationally ranked tri-athlete, and daughter of a local beef farmer, announced today she is running for Congress in New York’s 19th District, where she will be the only woman against six Democrats.

“I’m not going to let those boys beat me,” she declares in a video posted on http://people.com/politics/erin-collier-running-new-york-district-19/