Three weeks ago, this column covered the topic of polio, its cause, symptoms, complications, treatment, and prevention. Polio continues to be in the news, especially in New York, because there are indications that it is spreading geographically. Polio virus has been found in wastewater in Nassau County, Long Island.

Last Friday, Governor Kathy Hochul declared a state of emergency because of the increasing number of positive tests and the apparent spread outward from the initial location. The order is to better enable health care providers to fight the disease and prevent further outbreaks of paralysis.

Among other things it will require providers to send vaccination data to the state Department of Health to better track the total numbers around the state in order to direct the greatest efforts in those areas. The order also allows expanded authorization of who can administer the vaccine. During the emergency, midwives, pharmacists, and other licensed paraprofessionals can vaccinate.

END_OF_DOCUMENT_TOKEN_TO_BE_REPLACED

I am a NY Mets fan. I’ve been so since their beginning in 1962 when I was 9 years of age. I don’t know how that came to be, but I grew up in Queens and the new team in town fascinated me. My father was not a baseball fan but my mother showed an interest, maybe just because of me and my brother, or maybe she was a fan on her own. Anyway, through my mother’s serendipitous meeting with the wife of the president of the Mets and her development of a friendship with one of the club executives, we spent many happy days at the Polo Grounds, mostly in 1963. We sat frequently in the unused box of the president. To make some of you jealous, I saw Gil Hodges, Duke Snider, and Marvelous Marv Throneberry play. Eat your hearts out! My mom somehow also became friends with Choo-Choo Coleman. It was probably my best summer ever.

END_OF_DOCUMENT_TOKEN_TO_BE_REPLACED

To add to all the other viruses that we have had to think about, COVID, monkeypox, polio, we can add West Nile Virus (WNV) which is now endemic in the New York City area.

This is not yet affecting us in Otsego County and surrounding areas and probably won’t. While it is transmitted to humans by mosquitos, the reservoir, the source and reproduction site for the virus is various bird species. There is no treatment but the most obvious prevention is to kill the mosquitos that infect people.

In the city, NYC health officials found the virus in mosquitos in over 1,100 pools of water. They have initiated widespread spraying to kill them. Additionally, epidemics of WNV die off where the weather is too cold for the mosquitos.

END_OF_DOCUMENT_TOKEN_TO_BE_REPLACED

The son of two former members of my religious congregation died of complications of COVID over this past weekend. He was 38 years old. Of course, his parents are devastated. He was an adamant anti-vaxxer.

Currently, in the intensive care unit at Bassett Hospital, which, by the way, is full, there is a 30-something female who has complications of COVID. I’m told that she had been vaccinated, but I don’t know her booster status or whether she was eligible.

New York ordered every hospital in the state’s Mohawk Valley, Central New York, and Finger Lakes regions to its list of “impacted facilities” to stop non-essential, non-urgent elective surgeries “due to the increasing COVID-19 cases and hospitalizations” in those regions. That includes the whole of the Bassett Healthcare System with the exception of O’Connor Hospital in Delhi. END_OF_DOCUMENT_TOKEN_TO_BE_REPLACED

END_OF_DOCUMENT_TOKEN_TO_BE_REPLACED

Life during COVID: December in Otsego

Life during COVID: December in Otsego

Checking the Otsego County Department of Health dashboard on December 20 showed a distinct uptick in a number of cases of COVID in recent days. Most of these still are probably from Delta, but also are beginning to reflect the Omicron variant. The website did not identify the specific variant of those cases.

Dr. Fauci says the number of cases of the Omicron across the United States doubles every two to three days. That in itself is very disturbing. The good news is that those who have been fully vaccinated and, where indicated, have received booster shots, generally show mild symptoms. The number of patients in intensive care units over the total number of people who tested positive shows a decline from those of a year ago. Additionally, the Paxlovid antiviral medication, when available and when properly indicated, seems to decrease the risk of serious complications by up to 90 percent. END_OF_DOCUMENT_TOKEN_TO_BE_REPLACED

“There’s still much to do in the Village, especially with the new state laws legalizing cannabis,” Dr. Sternberg said. END_OF_DOCUMENT_TOKEN_TO_BE_REPLACED

Hope for the best, prepare for the worst 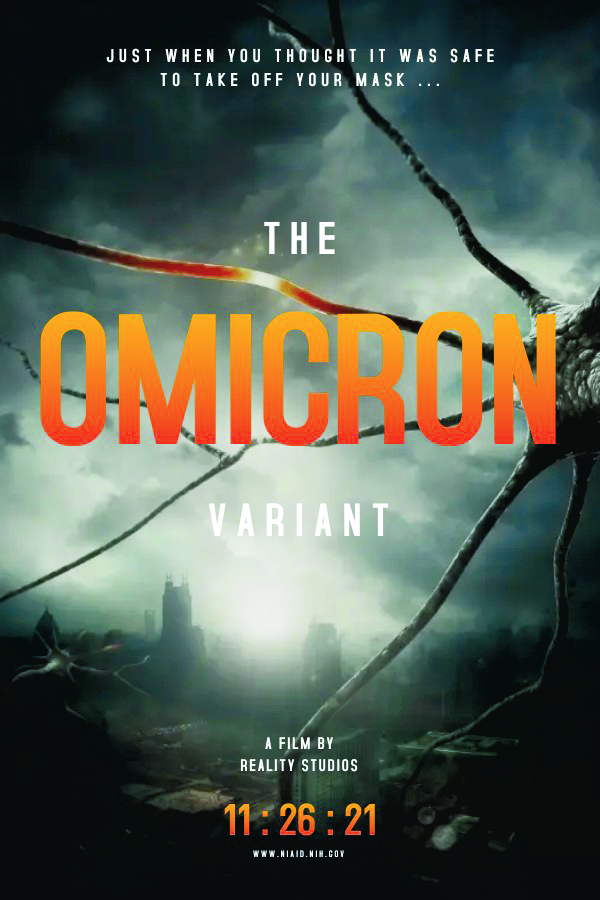 Hope for the best, prepare for the worst

In 24 months, we have learned many things about responding to a pandemic of a dangerous disease.

Work on treatments and immunizations and use them when available.

And more: Lessen our travel. Wear a mask if it’s transmitted by air. Avoid any behavior that promotes spread.

Work hard to do all the above. Don’t panic. That won’t help. END_OF_DOCUMENT_TOKEN_TO_BE_REPLACED 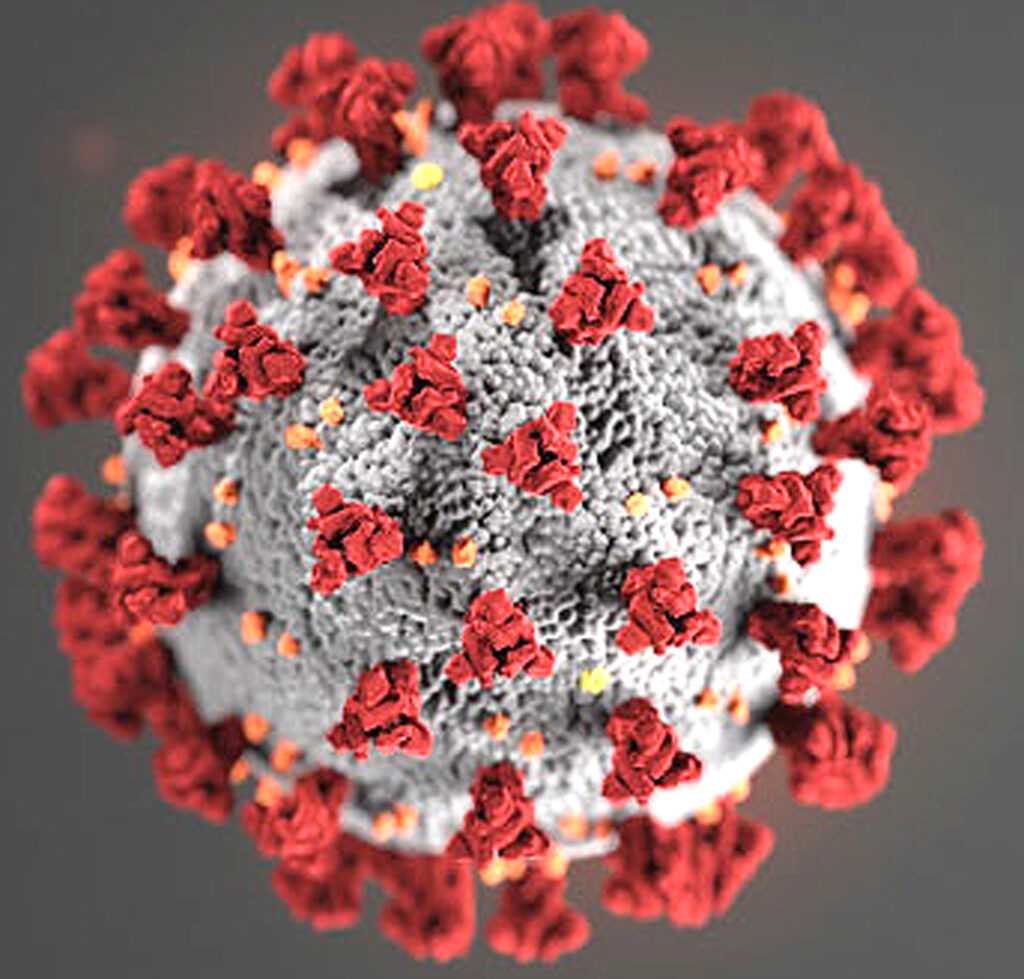 Yesterday morning we had not heard of SARS-CoV-2 variant B.1.1.529. The New York Times did not mention it and The Economist had no information in their morning news feed. It was then one of many variants of the virus that causes COVID. Then the World Health Organization named it Omicron. WHO reserves Greek letter names for variants of particular concern. Omicron is one of them.

The global stock markets plunged with U.S. major indices losing more than 2% in a half day of trading. Lockouts have been instituted and announced. Governor Hochul has declared a state of emergency. Doctor Fauci is making the rounds of all the major media news organizations. How severe Omicron will be and whether the current vaccines will be effective, and if so, to what extent is unknown.

Below is a compilation of what is known and unknown as of the time this article is being written. Most of it is open to revision.

END_OF_DOCUMENT_TOKEN_TO_BE_REPLACED

COVID and kids: disparate strategies point to need for vaccine

COVID and kids
Disparate strategies point to need for vaccine

The amount of information regarding COVID in children and the risks and benefits of vaccination is overwhelming and as reported even varies from country to country.

There is no clear-cut consensus on anything in the younger age groups other than that the risk of developing a case requiring treatment, hospitalization, or leading to death is lower if the patient is younger. Still, the risks of vaccine complications in the very young have so far been trivial, with no deaths or hospitalizations in pre-clinical studies reported in the United States.
END_OF_DOCUMENT_TOKEN_TO_BE_REPLACED

Last week a friend told me a story that should have surprised me, but unfortunately I was inured to. In fact, you could say I had been immunized to the situation.

Her friend who she had worked with frequently over the past few months, came up to her smiling and announced that he had finally “bit the bullet” and had gotten vaccinated against COVID. He had refused up to that point because of concerns he heard about, mostly from the internet. My friend was a bit shocked because the other person had previously told her that he was immunized when they first started working on a project together several months previously.

When questioned about that, he said that he was sure that she would insist on wearing masks and even working remotely from each other if he told her that he weren’t vaccinated against COVID-19. He really hated wearing a mask and wanted to work together. He was immunized, just not against COVID. He had, after all, been immunized as a child against measles, mumps, chicken pox, diphtheria, pertussis, and tetanus. He finally acknowledged that he knew he was misleading but insisted he had made a true statement. END_OF_DOCUMENT_TOKEN_TO_BE_REPLACED

Six weeks ago, I wrote about a new drug called malnupiravir from Merck that was a game changer in the treatment of COVID-19. When taken in the first few days of infection it was 50% effective in the prevention of hospitalization and death. While not as good as monoclonal antibodies this was considered an amazing result and the study was terminated early in order to immediately ask for emergency approval. It was recently approved in Great Britain and large supplies were purchased by Britain, the United States, and other wealthy countries. END_OF_DOCUMENT_TOKEN_TO_BE_REPLACED

COOPERSTOWN — The Board of Trustees voted to consider a cannabis opt-out law on December 6 at 6:30 p.m.

MacGuire Benton was the  dissenting vote. Hanna Bergene and Joe Membrino were absent.

On the one hand the media is reporting the number of cases of COVID-19 is receding in the United States. The Wall Street Journal reports that the Delta variant wave of the pandemic has passed its peak. On the other hand, it states that that the approaching winter season and holidays present another opportunity for cases to increase.

I read a report on October 28 that “Delaware, Otsego, Schoharie see virus deaths.” It pointed out that the unvaccinated were more likely to require hospitalization and spread the infection. In the prior week there had been 5 deaths across the three counties. There were several hundred active cases. Of course, this cannot begin to find those people who have active COVID but were minimally or not at all symptomatic but can still spread the disease. Statewide the day before there were 35 deaths and 4,284 new cases. Granted, compared to what we experienced before, this is a major improvement but I think our perspectives are warped by how horrific things had been previously, especially at the beginning of the pandemic, in the United States. Nevertheless, it is 35 mostly unnecessary deaths and 4,200 people who are at risk of developing Long COVID symptoms. END_OF_DOCUMENT_TOKEN_TO_BE_REPLACED