What happened when Democrats played a clip of Graham in 1999

Opinion: Adam Schiff is the one helping Vladimir Putin destabilize US democracy

'It's all going to come out': Ex-prosecutor on evidence Democrats are pursuing

Analysis: 1 in 3 Republicans think Trump did something illegal. But ...

Opinion: At March for Life, Trump shows he gets power of abortion issue

Opinion: Trump's gutting of environmental rules is pushing us back into dark days

After three days of presentation by Democrats, the number of GOP senators who may be willing to cross the aisle and vote to allow witnesses appears to be shrinking

Aaron Hernandez Netflix documentary explores his sexuality, final days: 'Everything came together as a perfect storm'

What is the adenovirus?

Brian Lonergan: Immigration is unquestionably a national security issue. We need to start treating it like one

Schiff refers to CBS 'head on pike' story, infuriating GOP: 'Every one of us knows it is not true' 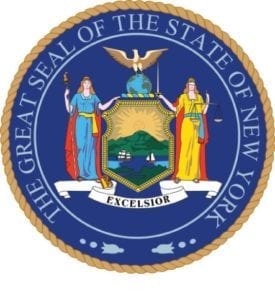 ONEONTA – Mahala Johnson, an 11th grader from Oneonta High School, has been chosen to attend this year’s Students Inside Albany program, sponsored by the League of Women Voters (LWV) of the Oneonta Area.
This 19th annual Students Inside Albany program will take place from May 19-22, and will bring 60 students from across the state to Albany to get a first-hand education about their state government.
A program of the LWV of New York State Education Foundation, Inc., it is designed to increase high school students’ awareness of their responsibility in representative government and provide information about the tools necessary for meeting that responsibility. END_OF_DOCUMENT_TOKEN_TO_BE_REPLACED

To BEIRUT and BACK 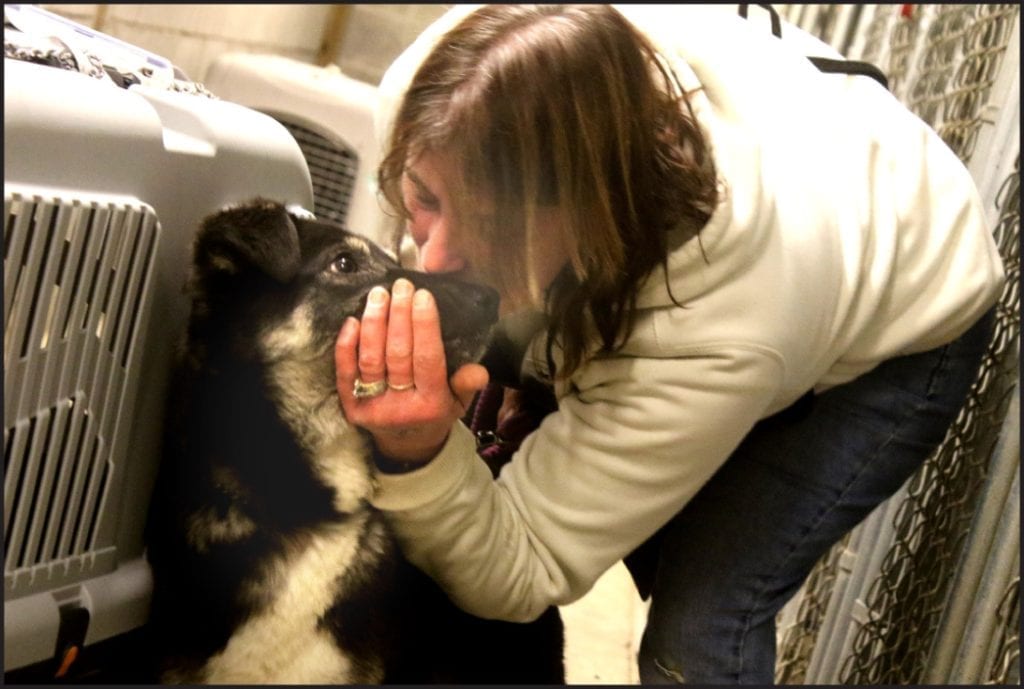 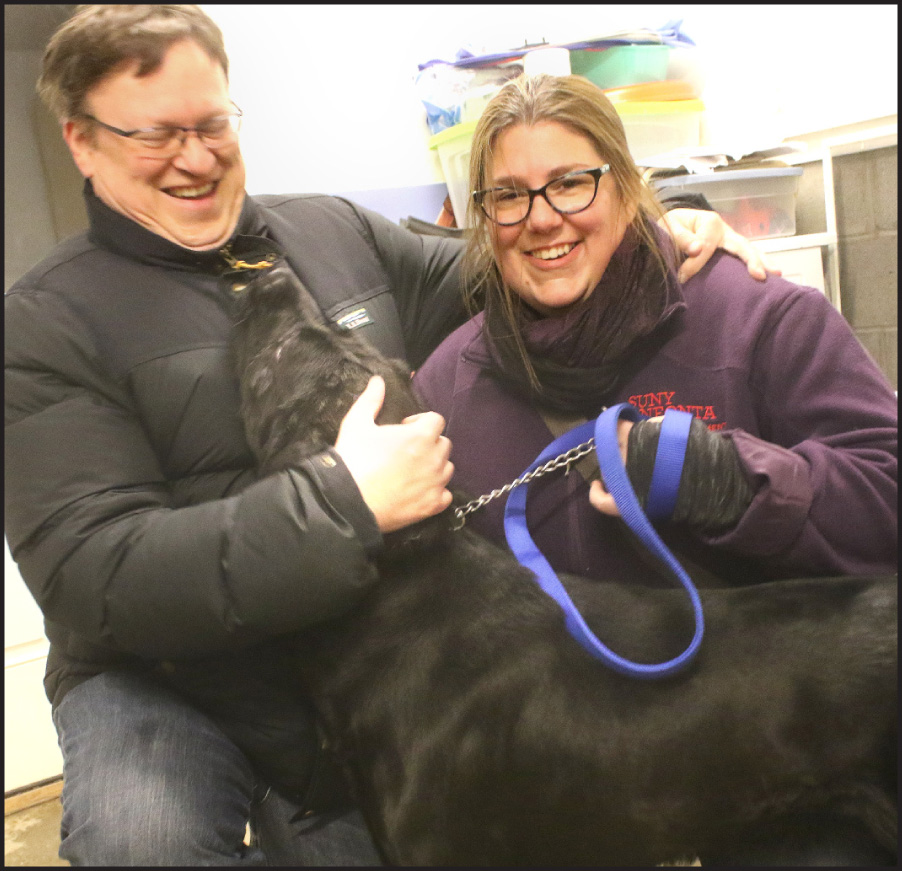 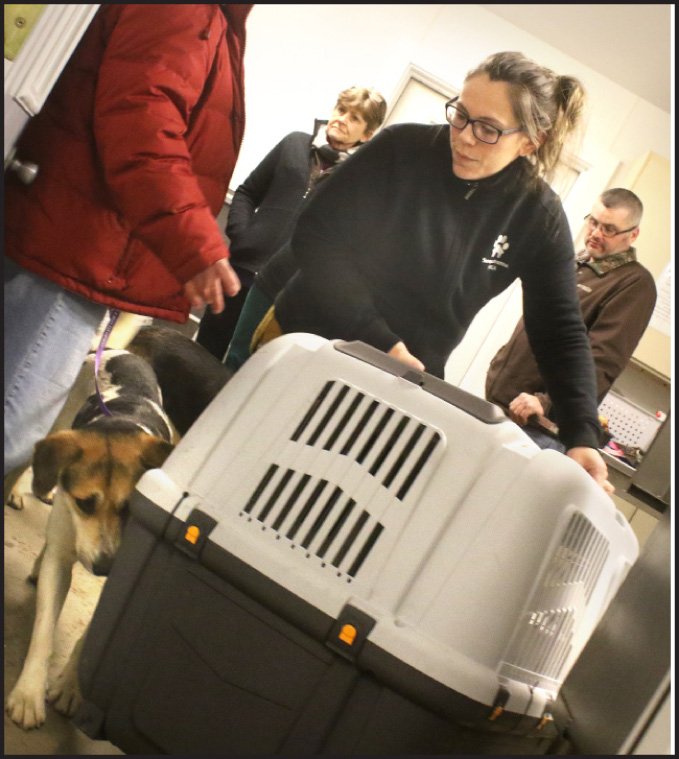 Jim Kevlin/AllOTSEGO.life  – Betty Steele, top, gives Snowy something he hasn’t had in a while: a kiss. Center, Bethoven gives an affectionate lick to foster dad Ian Laschell, with foster mom Wendy. Bottom, Stacie Haynes, who got back from Beirut at 9:30 Tuesday, March 4, worked until past midnight getting the 13 rescued dogs settled at the SSPCA Shelter

To BEIRUT and BACK 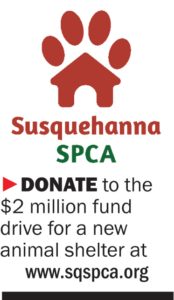 HARTWICK SEMINARY – It was a long day for everyone.
After 30 hours of travel, first by plane, then by van from JFK to Cooperstown, the 13 dogs Stacie Haynes and Sarah Haddad rescued from an uncertain fate in Beirut, Lebanon, were more stressed than usual.
“In Beirut, people throw rocks at these dogs, they hit them, they scream ‘go away,’” said Haynes, Susquehanna SPCA executive director. “They’re not used to humans being loving, and on top of that, they’ve been in a crate for all this time.”
But waiting for them in Cooperstown were the SPCA volunteers and foster families anxious to meet their new companions. END_OF_DOCUMENT_TOKEN_TO_BE_REPLACED

INJURED, THEY’RE UP FOR ADOPTION

Stacie Haynes, Susquehanna SPCA executive director, is taking her mission to rescue neglected animals world-wide.
“In Lebanon, people don’t adopt dogs like we do,” she

END_OF_DOCUMENT_TOKEN_TO_BE_REPLACED 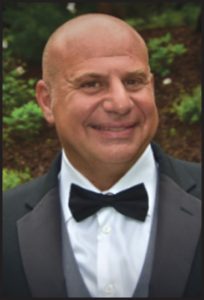 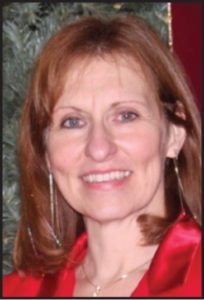 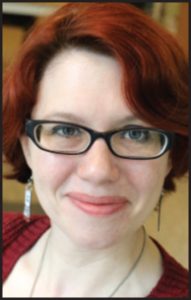 Al Rubin, president, A&D Taxi, choral director Cindy Donaldson and Libby Cudmore, managing editor of the Hometown Oneonta, The Freeman’s Journal and AllOTSEGO.com, have all been announced as the competitors in this year’s Catskill Symphony Orchestra conductor contest.
One dollar equals one vote, and whoever raises the most money in the competition will win a chance to conduct the CSO in “Stars and Stripes Forever” during the Cabaret Concert, featuring the Sultans of String, on Saturday, March 9 at the Alumni Field House, SUNY Oneonta.

Oneonta –  The Oneonta YMCA has appointed Bob Escher as the Team Leader/Friends of the Y. “The Y is a very special place,” said Escher. END_OF_DOCUMENT_TOKEN_TO_BE_REPLACED

ONEONTA – Al Rubin, president, A&D Taxi, choral director Cindy Donaldson and Libby Cudmore, managing editor of the Hometown Oneonta, The Freeman’s Journal and AllOTSEGO.com, have all been announced as the competitors in this year’s Catskill Symphony Orchestra conductor contest.
One dollar equals one vote, and whoever raises the most money in the competition will win a chance to conduct the CSO in “Stars and Stripes Forever” during the Cabaret Concert, featuring the Sultans of String, on Saturday, March 9 at the Alumni Field House, SUNY Oneonta.
To vote, go to WWW.CatskillSymphony.net and click on the “Meet Your Conductors” banner.

HARTWICK SEMINARY – A surrendered dog gave birth to six puppies overnight at the Susquehanna SPCA, and now the shelter is looking for a foster family to take in the mother, Jasmine, and her brood until the puppies are old enough to be adopted out.
According to Becca Daly, communications coordinator, the ideal foster would be a quiet home, with no other pets or young children, and would be able to bring the dogs back to the shelter as necessary for medical appointments and checkups.
Daly said the dogs, including Jasmine, are all in good health and will be available for adoption after the puppies are weaned, usually 8-10 weeks.
Executive Director Stacie Haynes said that the owners did not tell them Jasmine was pregnant when they surrendered her last week, and when she came in this morning, she found the new puppies.
To volunteer, call (607) 547-8111 ext 100.

Christian Alexander amd Natalie Johnson, both of Cooperstown, were named to the Fall 2019 Dean’s List at SUNY Purchase. Alexander is studying Journalism, Johnson is studying Anthropology.

In Task Force Vs. Animal Cruelty

HARTWICK SEMINARY – Stacie Haynes, Susquehanna SPCA executive director, won’t be caught off guard by animal cruelty.
“What always scares me about these cases is that they went unnoticed for so long before they blew up,” she said. “These animals were suffering. We needed something to prevent that suffering and get them help sooner.”
To work to that goal, Haynes partnered with Sheriff Richard J. Devlin Jr. and District Attorney John Muehl to begin assembly a task force dedicated to combating animal cruelty in the county.
“We’ve talked about it for a while,” said Devlin when the task force was announced Friday, Feb. 1. “We want to get additional officers and local law enforcement trained.”
END_OF_DOCUMENT_TOKEN_TO_BE_REPLACED

Susquehanna SPCA Raises Over $95K In ‘Save A Life’ Campaign

Susquehanna SPCA
Raises Over $95K In
‘Save A Life’ Campaign

Raising more than $75,000 in donations as part of the Staffworks “Save a Life” campaign, the Susquehanna Animal Shelter was one of the top performers of the fund drive, receiving an additional $10,000 towards their capital project on top of the $10,000 in matching funding for a total of $95,949.
“We didn’t raise the most, but Anita felt like we did so well as newcomers that she gave us an extra $10,000 anyways!” said Stacie Haynes, Susquehanna SPCA executive director.
In December, Staffworks founder Anita Vitullo announced the campaign, which aimed to match up to $10,000 in donations for animal advocacy organizations around the state, in December.
“I’m so honored to be in a community that rallied the way they did,” said Haynes. “The difference this money can make is amazing.”

The SPCA has closed the deal on two acres of land at 5088-5082 Route 28, CPA Judith Brown’s former office and the building next door.

END_OF_DOCUMENT_TOKEN_TO_BE_REPLACED

In early 2015, when the credentials of Hometown Oneonta/The Freeman’s Journal “20 Under 40” honorees were published in this newspaper, Stacie Haynes – one of the 20 – called to say how impressed she was by everyone’s accomplishments.
“I’m not worthy,” she said.

It was explained to her that an independent panel of community leaders from Oneonta and Cooperstown had convened, reviewed nominations from the public, and chosen the 20 as among the most promising young people in Otsego County.
The newspaper’s editors hadn’t made the selection and, under the guidelines, had no standing to add or remove anyone.
This year, though, Stacie Haynes, now executive director of the Susquehanna SPCA, more than proved the “20 Under 40” judges’ confidence. END_OF_DOCUMENT_TOKEN_TO_BE_REPLACED