THE DOG CHARMER: Griff Must Learn To ‘Drop-It’

Griff Must Learn To ‘Drop-It’

Dear Dog Charmer:
We are hoping that you might settle a family dispute. We have a 6-month-old pup who loves to play tug-of-war. Some books advise that tug-of-war is a good game for dogs to play, helping dogs burn energy and gain confidence; this is the side my husband takes. I’ve found that the more our puppy plays tug-of-war, the more she tends to bite; she is very gentle, but uses her teeth more on us, which I find disagreeable, and which causes considerable stress when we have visitors with young children or who are less comfortable with dogs. Any advice?

The easiest part of being a dog trainer, is training the dog. The hardest part of being a dog trainer is what I call the “leash transfer”, getting the owners to do what I tell them to do, to get their dog cooperating. Having had over 800 training appointments a year I quickly realized that in addition to training the dog and training the owners, a third skill was needed, that being the tactful expertise of a mediator. The first line of the question above is asking me to settle a family dispute. I’ve lost count of all the “how to” quarrels and disagreements I stepped into the middle of when it came to parenting the dog. As for the tug-of-war dispute, you are all correct, or will be with a little bit of training.

With repetitive consistency your dog (based on the picture I’ll call her Grif) can easily attain a large vocabulary. Tug-of-war is a great game, as long as you initiate, and control the game. She needs to be taught, “drop it!”. (The “Drop It” command can save her life if she picks up gum with xylitol in it). Offer her the tug toy saying, “Grif, wanna play tug?” as you hold it out for her to grab. In your other hand is a treat, and after a bit of happy growling tug play put the treat under her nose as you say
“drop it!”.

In the great majority of cases the treat will be more attractive than the toy and she’ll immediately drop the toy for the treat.

END_OF_DOCUMENT_TOKEN_TO_BE_REPLACED 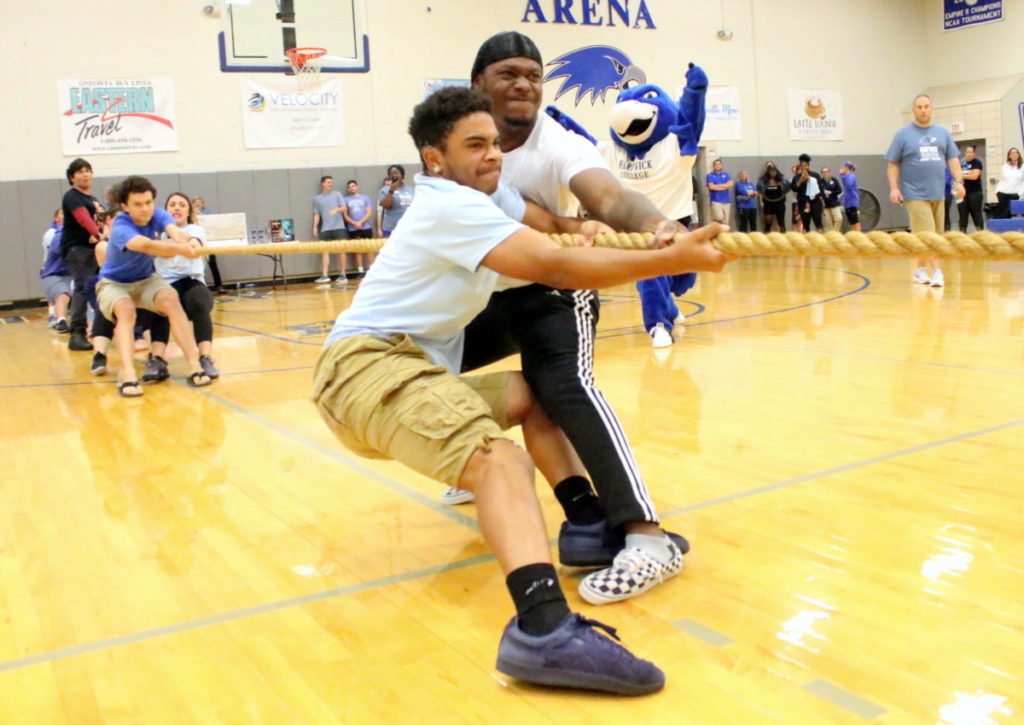 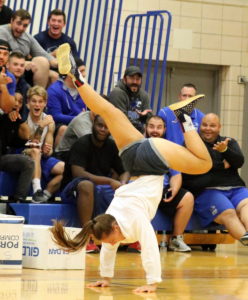 The Lambros Arena was packed with cheering students this evening watching their classmates compete in various challenges for a chance to win big money and big prizes during the sixth annual Hartwick Hawk Night Fever event. Above, freshman Lamar Flood and Alex Guillaume strain with the rest of their team as they face off against sophomores in a tug-of-war contest. At right, Cassandra Robatelle preforms a kicking hand stand during a dance competition, of which she took first place. Originally created to build hype before a game, the event has turned into an evening of fun and games celebrating the students and their school spirit. (Ian Austin/AllOTSEGO.com)