Editorial: This Is for the Birds

This Is for the Birds

Last year, more than 57 million birds, including poultry, perished in the U.S. from a surge of avian influenza (H5N1), a killer disease that has been increasingly effective in attacking wild birds, especially migrating waterfowl. Mallards and Canada geese seem to be the most susceptible. The disease, which has flared up sporadically since its discovery, as fowl plague, in 1878, is caused by infections that occur naturally in wild aquatic birds. These infections are transmitted to other birds, domestic and wild, through bodily discharges as well as through contact with contaminated surfaces.

Until last summer, Avian Flu has been seasonal, proliferating from September to March and then disappearing during the warmer months. The current outbreak, however, has not fallen off over the last two summers.

END_OF_DOCUMENT_TOKEN_TO_BE_REPLACED

Life sketches by Terry Berkson: Too stuck up for Thanksgiving 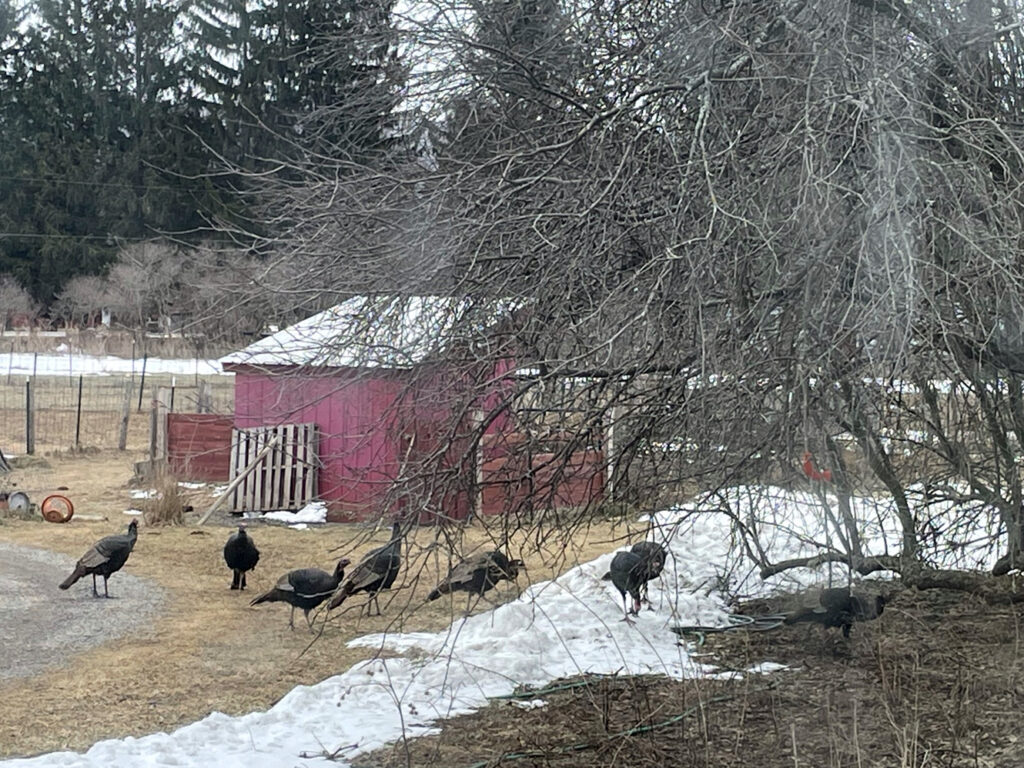 Life sketches by Terry Berkson:
Too stuck up for Thanksgiving

Several years ago, two friends from Richfield, Tiger Goodale and Rootie Marriot, came up the drive with what they thought was a good story for me to write.

They had been in the Genesee, one of the local watering holes, when this guy came in and told how he or some other one-legged man — they didn’t make it clear — was up in a tree, building a stand for hunting, when his prosthetic leg fell off and landed on the ground right under the nose of his Saint Bernard.

It sounded like a good story. It reminded me, in fact, of celebrated writer Flannery O’Connor’s tale where a man romances a woman in a hay mow just so he can run off with her wooden leg. When I pressed them for details, they told me I had better get them straight from the horse’s mouth and gave me a phone number to call, which I did, but there was no answer, so I just left my name and number on the answering machine. END_OF_DOCUMENT_TOKEN_TO_BE_REPLACED

It’s Thanksgiving, and that means turkey – but not just on your plate.

“It’s more flavorful than a domestic turkey like you’d buy at the store,” said Schiavone. “Store-bought turkey is pretty bland. That’s why we have to do so much to it.”

But it wasn’t always so easy to spot – or hunt – a tasty turkey Upstate, although they may have pre-dated human settlers. Still, for nearly 100 years, they were extinct from Binghamton to Lake Placid.

“It started with the European settlers clearing land and destroying the turkeys’ habitat,” Schiavone said. “There were no hunting regulations or season and settlers brought over domestic poultry diseases, so  by 1850, there were no wild turkeys left.”

And it stayed that way until 1940, when a small flock of turkeys was discovered in the mountains of northern Pennsylvania. “The terrain wasn’t easy to clear for timber, so they sought refuge there,” said the biologist.

In 1948, the Conservation Department, DEC’s predecessor, began netting and relocating the birds to different areas in New York. And in 1961, the first turkey, brought in from Schoharie County, was released in Worcester. The following year, 30 more were released in Milford. They thrived. By 2001, the statewide population peaked at 300,000 birds.

And though they seem plentiful, the population statewide is actually on a decline. Cold, wet springs have upset the breeding and nesting cycle and predators, including skunks, raccoons and foxes, have arisen to eat eggs and birds. “Everybody likes the taste of turkey,” he said.

But it’s no cause for worry, he said. “They’re still abundant – it’s just natural population contraction.”

He estimates that between 160,000 and 180,000 turkeys roam New York State today. And while it is legal to hunt turkeys in the spring and fall, the DEC is working on amending hunting regulations for hens in the fall, in light of the below-average spring nest production. “We want to modify the hunting schedule to keep the population in line,” he said.

All In The (Turkey) Family

All In The (Turkey) Family