By GREG KLEIN  • Special to www.AllOTSEGO.com

A Cooperstown Central School junior achieved his goal of running a marathon before his 16th birthday.

Fred Hodgson, who turns 16 Friday, Oct. 22, finished the Syracuse Marathon on Sunday, Oct. 17, in 3 hours, 55 minutes and 13 seconds. His time placed Hodgson 58th out of 178 runners. He placed first in his age bracket, but that was expected, he said.

“I was the youngest person in the race by about four years,” he said Monday. END_OF_DOCUMENT_TOKEN_TO_BE_REPLACED

Heavy Lifters In Training At Muscles In Motion

At Muscles In Motion Gym 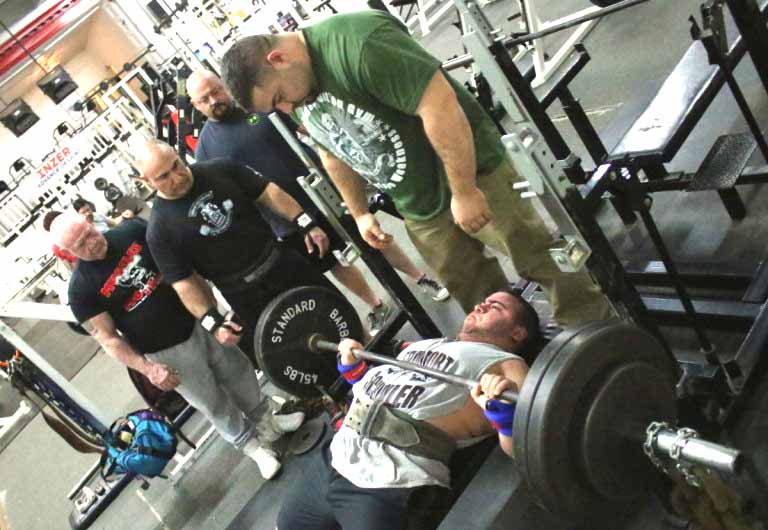 A lot of time, sweat, and effort goes into becoming a bodybuilder or a weightlifter. They often must make personal sacrifices in order to see the gains that they aspire to have. Their fitness journey means they miss out on meeting up with friends, early mornings in the gym and late nights after work, a strict diet, and sometimes even injury. There are a few things they can do to make their gym routine easier, such as finding a list of places to buy sarms online so they can build muscle easier, but it is still very challenging.

With this being said, the satisfaction the athletes feel after making a successful lift or after finishing up in the gym just can’t be matched. It’s been proven that exercise releases endorphins that make you feel happier so there is a good reason bodybuilders and weightlifters do what they do. Weightlifters like Pat Fracola wouldn’t put in so much time into their sport if they didn’t love it.

Pat Fracola, a Bassett nurse, practices his bench press this evening at Oneonta’s Muscles In Motion gym, preparing for his professional debut in the CNY Pro-Am Weight Lifting Championship, to be hosted by the gym on April 15. He is eating a strict diet and has introduced supplements like eaa aminos into that diet to help boost his athletic performance. His spotter is Jim Phraner, Oneonta, who holds the world record for bench pressing 804 pounds in the 242 and 272 weight class. Also observing are Muscles in Motion owner (and two Masters State record holder) Tom Knuth, Mark Ceico, #1 U.S. bench presser in 220 class, and Matt Cooper, an Elite Amateur Lifting member trying to beat his personal cumulative lift of 1431 pounds. (Ian Austin/AllOTSEGO.com)