Families beg for Black principal to be reinstated after critical race theory dispute: ‘Nothing short of a witch hunt’

Family urges others to get vaccinated after bride-to-be dies of covid: ‘Misinformation killed her’

A Colorado man found a winning golden ticket. He passed on owning a candy factory. 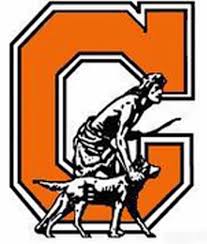 COOPERSTOWN – Last week, a 15-year-old Cooperstown High School student was arrested and charged with third-degree assault, a misdemeanor, for allegedly assaulting a student.

According to Trooper Aga Dembinska, Troop C public information officer, the student, whose name is being withheld because of his age, was issued a ticket to appear in family court. The case, Dembinska said, is closed.

According to a post on the Cooperstown Speaks Facebook group, the alleged incident, happened May 30 at the school.

“A student who is perceived to be gay was beaten by another student in the hallway between classes while a third student took a video of the incident,” the letter, addressed to members of Positive Action Cooperstown, read. “The two bullies had been harassing the victim for at least a week prior, calling him “f—–t, etc.”

They also allege that the school had made no statement to the student body or parents about the incident.

Tonight, the PTA will allow parents to speak on the incident at a public comment period before their meeting at 5:30 p.m.