He earned a Bachelor’s Degree in 1971 from SUNY Albany, followed by a Master’s in Biology at SUNY Oneonta where he did his research on Otsego Lake. He was deeply devoted to environmental protection, spending the bulk of his career with the New York State Department of Environmental Conservation. Concerned with habitat loss and climate change, Art took great pride and satisfaction in fighting for legislation to protect the environment.

At 62, he retired from his role as DEC Bureau Chief of Fisheries and Wildlife to pursue his other great passion: Adventures with his wife Jackie “Ma Femme, Jacquille” Newell, who he called “the sweetest person in the world.” Theirs was a true love story. They met in Stamford, NY while both working for a biological consulting firm and Jackie was first drawn to Art’s warmth and intelligence. He taught her how to laugh out loud.

Throughout his years, Art forged friendships wherever he went, but the friends he made as a young man were cherished lifelong companions. He was an incredibly important part of the lives of all of his nieces and nephews, opening his arms to each of them with tenderness and humor. His sister, Christine Ryerson, remembers fondly the multitude of scrapes and scratches shared between them, as well as the many ways he protected and supported her.

Art was a proud, loving father. His son, Michael Newell, and daughter, Danielle Henrici, climbed “Mt. Daddy” when they were young, then would follow with a game of “rough” and sometimes a reading from Calvin and Hobbes, one of Art’s favorites. (He did all the voices, and all the faces, too!) He called his children “rascals” and “fidgets” interchangeably, and nothing on earth made him happier than his family (including his golden retrievers). 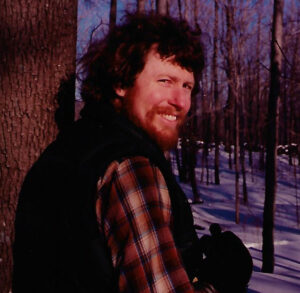 Art attended his son’s every baseball game, cheering him on with endless enthusiasm, but Michael’s favorite childhood memories are when he got to play with his dad, countless hours of catch, hockey, and tennis together. Later in life, it was the simple moments spent canoeing, swimming, and hiking while his father pointed out each bird and tree species along the way. In recent years, it was the quiet nights spent sharing their evening bowl of ice cream while watching the Yankees. Danielle delighted in the animated way her father would regale a group with tales of his escapades, and she will always cherish the moments spent dancing together – it felt like flying. Daughter-in-law, Kelly Murphy-Newell, and son-in-law, Michael Henrici, enjoyed high-spirited banter with Art, who loved them as he did his own. “Grampus” did not get nearly enough time to play (he really loved to play) with his grandchildren, Dash and Vivi, but his love for them – and any others that may come along – is forever.

Art was so many things to so many people: A brilliant biologist, a lover of nature, a man with an incorruptible moral compass, and someone whose laughter filled a room with joy and energy. He had great passion for music, art, literature, theater, and dance. Art relished life and enjoyed testing his limitations. Above all, he was honest, truthful, ethical, and kind. It’s impossible to capture a person in words, but his stories and the way he impacted others will live on.

The eternal scientist and a truly selfless human being, Art donated his brain to further Alzheimer’s Disease research. This was who he was and nothing can ever change that. He will always be “Art/Dad.” Always.

The family will host a private memorial this November, followed by a larger celebration of his life in Summer of 2022. In Art’s memory, gifts may be made in his name to the Natural Resources Defense Council (NRDC).