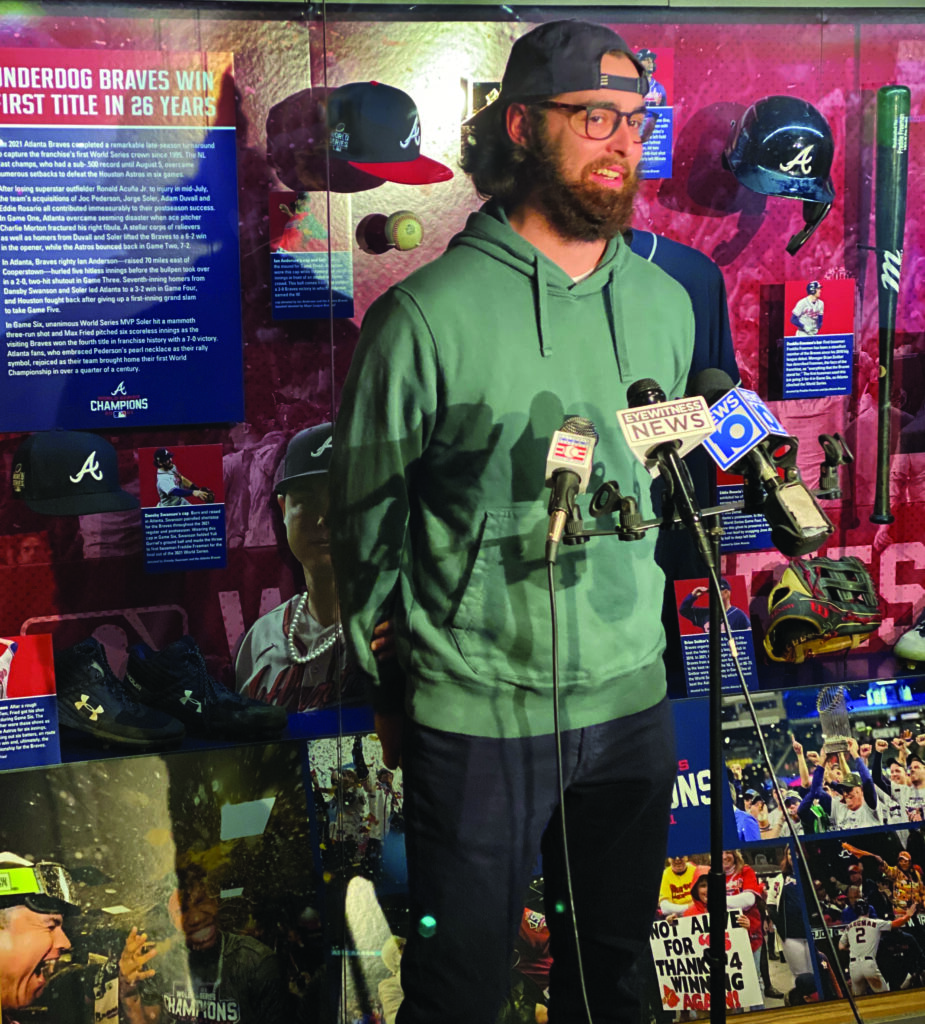 Ian Anderson mastered five innings of no-hit baseball as he pitched his Atlanta Braves to victory in game three of the 2021 World Series, and last week he visited Cooperstown to take a look at the game mementos he donated to the National Baseball Hall of Fame and Museum.

“This is the first time I’ve seen this,” Mr. Anderson said, sounding a little awed to see his own major league cap and ball from the game on display in the Hall’s “Autumn Glory” exhibition.

The 24-year-old native of Clifton Park, New York, just 70 miles to the northeast of Cooperstown, had his family in tow as they took turns to get a close-up look at the display. Mr. Anderson said he grew up dreaming of somehow seeing himself in the Hall of Fame, humbling as it was on his first look.

“Of course it’s something you hope to achieve,” he said. “That’s the whole thing about the Hall of Fame. It’s a great museum and a goal you can set for yourself.”

He recalled his days playing tournaments at the nearby Field of Dreams and setting his sights on a major league career.

“I still talk about that experience all the time,” he said. “I hope I can inspire some kids to make this journey, and work hard and enjoy it.”

Hall of Fame officials led Mr. Anderson and his family on a tour of the museum as a part of his visit to Cooperstown. Before stepping aside to let family members get a closer look at the display,
Mr. Anderson snapped a few pictures for himself.

“I have to get some video and pictures of this to send to the guys on the team,” he laughed as he reached for his phone to record the moment. “I’ve got bragging rights. That’s my ball and cap in there!”