Come Back To Downtown 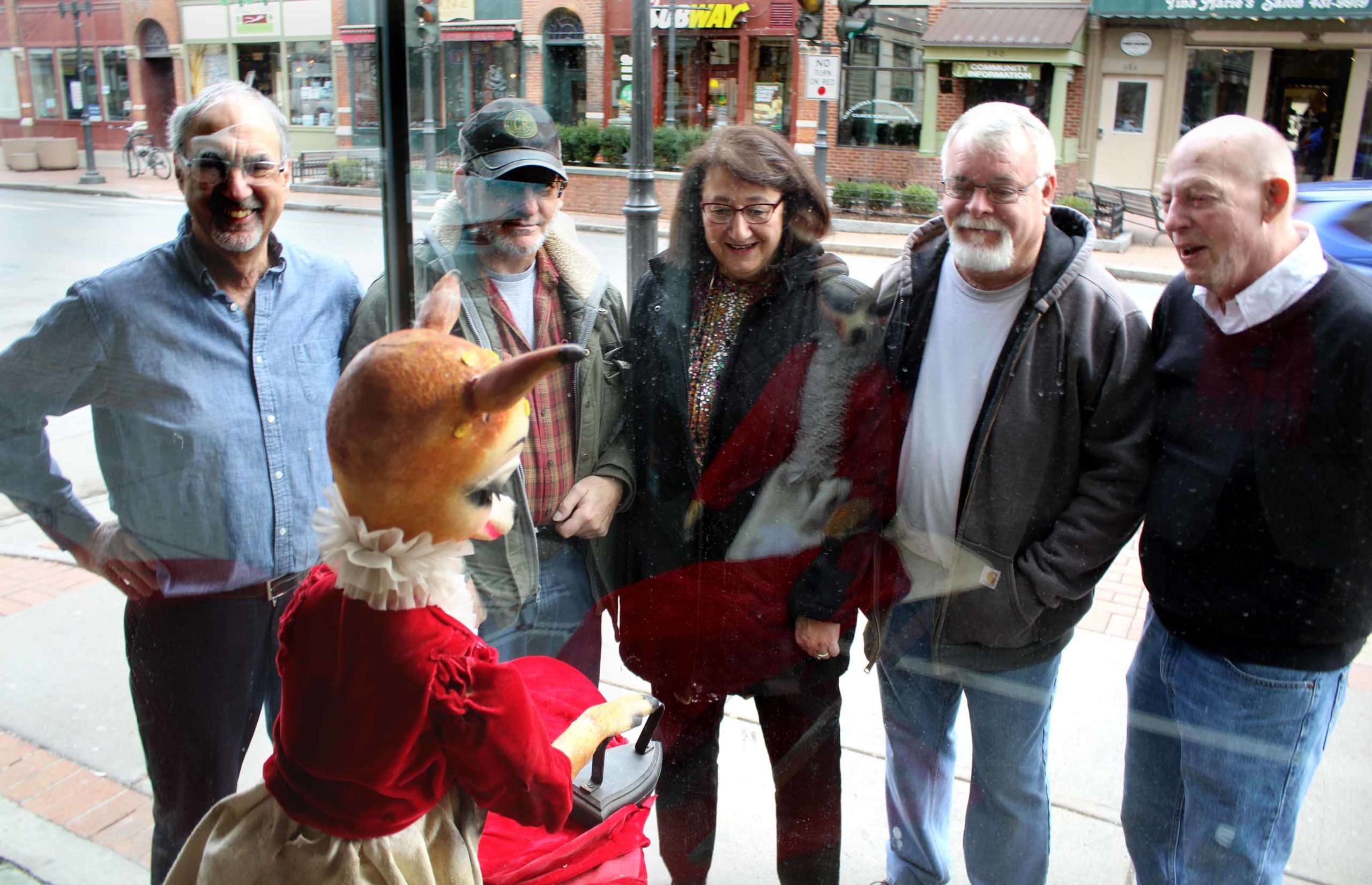 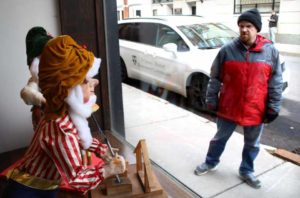 The Greater Oneonta Historical Society’s Christmas decorators paused to inspect their handiwork after putting four Bresee’s Department Store elves and two does in the Oneonta History Center’s windows this morning, where they may be view by youngsters and nostalgic oldsters until Monday, Dec. 9.  The motorized mannequins were loaned by St. James’ Manor & Retirement Community to the GOHS through the intercession of John Pontius, at right in top photo, who serves on both boards of directors.

With Pontius are, from left, GOHS Executive Director Bob Brzozowski; Tom Hornbeck, St. James’ building & grounds superintendent, St. James Executive Director Kathy Clarkson, and Breck Tarbell, who works in St. James’ maintenance department.  Inset, Alex Riba, the first passerby after the new display was uncovered, pauses with surprise.  Clarkson, who was raised in Davenport Center, and Pontius, who came to the city in the early 1980s when his children were young, recalled an annual Christmastime Thursday evening ritual before Bresee’s closed in 1998: supper in in the store’s famous Health Bar, then visiting Santa upstairs.  (Jim Kevlin/AllOTSEGO.com)

2 thoughts on “Bresee’s Christmas Elves Come Back To Downtown”