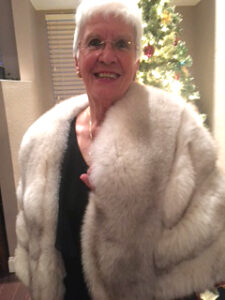 MILFORD – Charlotte Perry Koniuto, who served as the Otsego County Clerk and was an active member of the Republican Party, passed away unexpectedly late Sunday night, June 13, 2021, at Basset Medical Center in Cooperstown. She was 80.

Born Charlotte Jean Perry September 29, 1940, at home in the Town of Minden near Canajoharie, she was a daughter of Melvin David Perry, Sr. and Dorothy (Madison) Perry.

In 1950 Charlotte and her family moved to the Cooperstown area, where she attended a one-room schoolhouse in Bowerstown until it consolidated with Cooperstown Central School. After graduating from Cooperstown High School with the Class of 1958, she attended the University at Buffalo, and then returned to Cooperstown to work for the next seven years for Attorney Robert C. Tennant.

On July 10, 1965, Charlotte married Stanley George Koniuto in Herkimer, and she helped him open the Cooperstown Bowl-A-Rama. In 1971 she started her 28-year career at the Otsego County Clerk’s Office, first serving as a clerk. On March 1, 1977, she became Deputy County Clerk, and in 1988 was elected Otsego County Clerk. She served in that capacity until her retirement in January 1998, at which time she became the Republican Commissioner of Elections.

Devoted to community service, Charlotte was a member and past vice president of the Cooperstown Chamber of Commerce and served as Chair of the 1970 Cooperstown Winter Carnival. She was an active member of the New York State Association of County Clerks, served on the board of United Way, was the first woman elected into membership in the Milford Rotary Club, and was a long-standing member of the Cooperstown Women’s Club and the Native Daughters of Cooperstown.Charlotte especially enjoyed her long-time association with the Otsego County Republican Committee. She served as a Committee Person for many years, Vice Chairwoman for two years and then in February 2003 was elected Chairwoman and served in this position until 2007. Always the staunch Republican, she was a member and past vice president of the Otsego County Republican Women’s Club, and through the years worked on and was a vital part of many Republican dinner committees, fundraisers and campaigns.

Charlotte enjoyed a great many summers at their camp on Otsego Lake. She also had a love for cooking and entertaining and took great pride in her home, enjoying beautiful flowers and maintaining a manicured lawn. Charlotte’s greatest joy was spending time with her family and wonderful friends, who were enriched by her steadfast love and understanding. She was a very determined and energetic person with a will to live life to the fullest. Charlotte died as she lived: strong, courageous, determined, and with amazing grace and dignity.

Charlotte is survived by her Aunt Dorothy Perry and a special cousin, Beth Perry-Peacock, both of Orlando, Fla.; cousin Bruce Perry of Conn; two brothers-in-law, Roger Koniuto of North Carolina and John Koniuto and wife Arlene of Binghamton; two sisters-in-law, Mary Doupe of Binghamton and Dianne Perry of Pittsfield; as well as other cousins, nieces and nephews, and her best friend, Barbara Buriello of Milford.

She was predeceased by her husband of almost 50 years, Stan Koniuto, who died May 20, 2015; a brother, Melvin D. “Moose” Perry, Jr. and a sister, Lois Miller; and her canine companion Zak Abbott Koniuto.

Charlotte will be laid to rest with Stan at the Fly Creek Valley Cemetery in Fly Creek. A Celebration of Life will be announced.