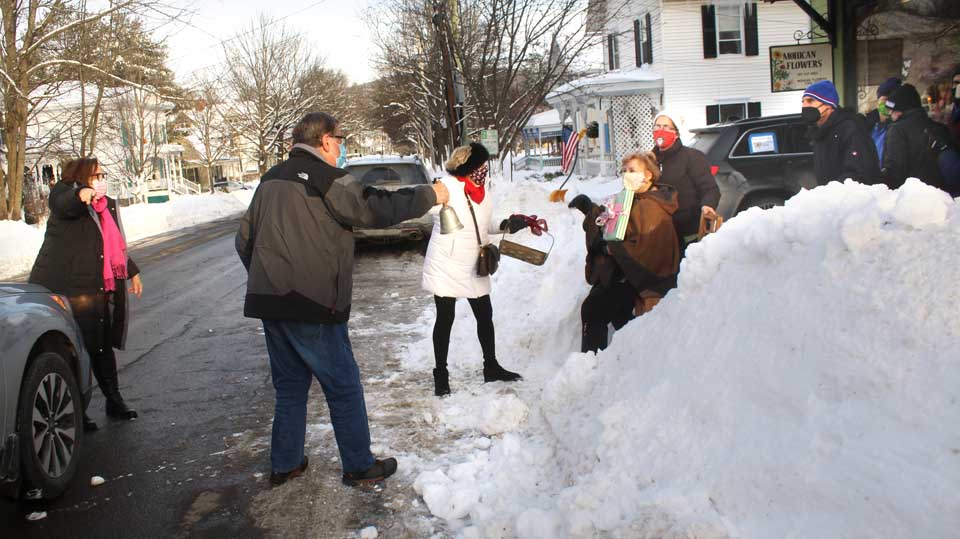 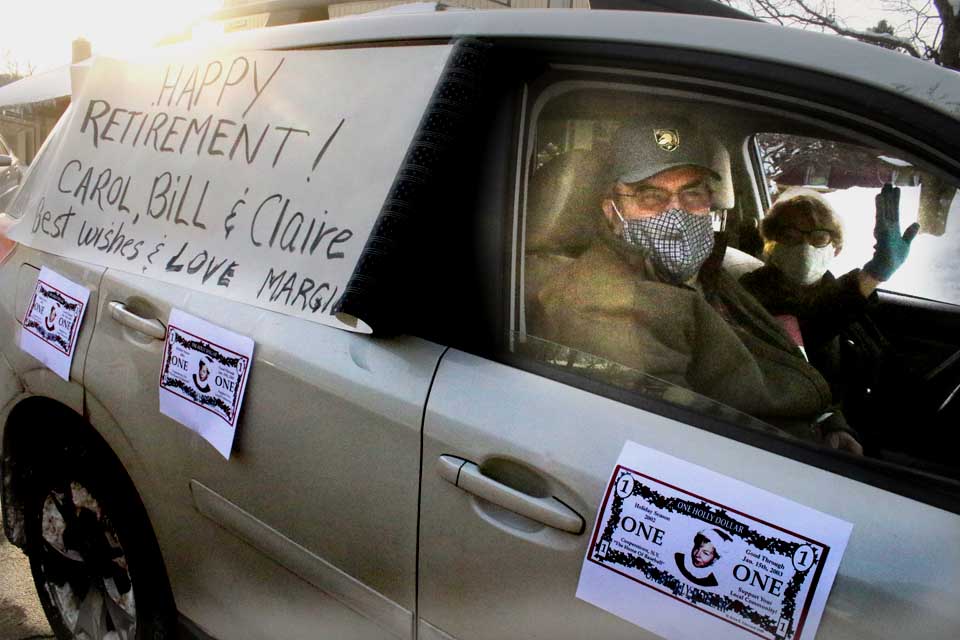 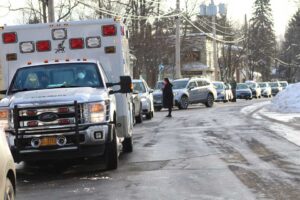 State Sen. Jim Seward and wife Cindy, top photo, halt a 50-car, drive-by surprise parade this afternoon to give a retirement present to Carol B. Waller, seated at center, the former mayor who is retiring at the end of the year as proprietor of Mohican Flowers on Main Street, Cooperstown.  Also honored was Claire Satriano, who joined the organization 42 years ago, her first job out of college.  Maitresse d’, with red scarf, is Elaine Bresee, decades-long friend and customer.   At right are Claire’s husband Bob and son Chris.  Second photo, left, are Ed and Marge Landers, longtime friends of Carol and husband Bill, with a congratulatory banner on the side of their van.  The smaller posters are Holly Dollars, a former Christmastime downtown promotion, which depicted Carol during her tenure as mayor.   Third photo is the lineup along Railroad Avenue, including, in Cooperstown EMT ambulance, Squad Chief Eric Pierce, wife Alisia and daughter Abigail.  A Cooperstown fire truck, driven by Assistant Chief Glen Falk and carrying current Mayor Ellen Tillapaugh Kuch and Fire Chief Jim Tallman, led off the event. Mohican Flowers was founded in 1901, and purchased 50 years ago by Carol’s father, Charles Bateman, who also served on the county board for 25 years.  (Jim Kevlin/AllOTSEGO.com)

MORE IN THIS WEEK’S FREEMAN’S JOURNAL