Haiti Overwhelmed by Wave of Kidnappings

From Oneonta To Fame

Kendi, a history professor and now director of the Center for Antiracist Research at Boston University, has built his academic career on the study of racism. He views racism – rather than race itself—as a defining feature of American history and argues in his writing that this history is an ongoing “battle between racists and antiracists.”

This past year has been Kendi’s moment in the spotlight. With every new book, he has risen in stature, becoming – in a span of eight years since he became Kendi – a public intellectual and media go-to for commentary on race issues.

Kendi (then Rogers) came to Oneonta in 2008 as a 26-year-old graduate student. He got a one-year teaching fellowship, a joint appointment in SUNY Oneonta’s History and Africana & Latinx Studies departments. This gave him time to finish his dissertation, said professor emeritus Kathleen O’Mara in a Skype call from her home.

At the time, O’Mara chaired the ALS Department, and she remembers hiring him. From the beginning, “his honesty rang through, because you know, you’re used to, in academia, all these people who promise you the world,” said O’Mara. “We were struck by his honesty. He didn’t budge. He was honest, he told us straight up, ‘This is where I am, this is how fast I work. You know, I find writing easy, and I will get it done in a year.’ Okay? And he did.”

A year later, Kendi had finished the dissertation that later became his first book, “The Black Campus Movement: Black Students and the Racial Reconstitution of Higher Education, 1965–1972”.

SUNY Oneonta was hiring for a permanent position in African-American history. Kendi applied and no one was surprised that he was one of the finalists, said O’Mara.

They were surprised, however, by what happened during the interview process. Each candidate, after a day of on-campus interviews, meets more informally with the search committee over dinner.
“We were meeting at Stella Luna. We’re sitting in the window, you know, at our table, the interview committee, faculty. And when I look out I see Ibram on the corner, across the street, and a cop car. Right? So on his way to his job interview, he was stopped for walking while being black.” O’Mara was appalled, contacted the college’s then-President Nancy Kleniewski, and demanded she follow up with the police.

• A Teachable Moment
The incident eventually led to public meetings between SUNY Oneonta students and faculty and the Oneonta Police Department, to discuss racial profiling. Rather than being antagonistic, Kendi saw this as an opportunity, a teachable moment.

“He offered to meet with police officers to talk about racism. I think he had two sessions with police. I’m sure he learned something about Oneonta in those workshops … I think it also taught him a lot about how, you know, you hope for change. It’s going to be beyond glacial,” O’Mara said.

In his first year at SUNY Oneonta, Kendi announced his career aspirations to colleagues. “He’s very honest. He said that what he hoped to do in life was become a public intellectual, which is different than succeeding as an academic, right?” said O’Mara.

“Kudos to Ibram. He had a game plan. He had a life plan, he had a career plan. And part of that is to learn along the way. It’s not just that I’m passing through, it’s I’m here and I’m learning and I’m moving up.”

It appears he has succeeded. He left Oneonta in 2012, the same year his first book was published. He got married in 2013, and he his wife Sadiqa, a pediatrician, both changed their surname to Kendi, which means “loved one” in the Meru language of Kenya. 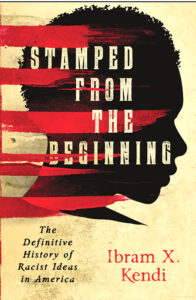 In 2016, Kendi’s book, “Stamped from the Beginning: The Definitive History of Racist Ideas in America,” won the National Book Award for Nonfiction.

His best-selling 2019 book, “How to Be an Antiracist,” is an interesting mix of memoir and call to arms. In it, he argues that discussions of how to end racism focus too often on individual racist acts such as hate speech, but overlook how racism is structurally embedded in all our policies and institutions.

• A Younger Audience
In 2020, Kendi collaborated on two books ostensibly for younger readers. “Stamped: Racism, Antiracism, and You” is a “remix” of the 2016 book, rewritten for a teen audience with poet and young-adult author Jason Reynolds. 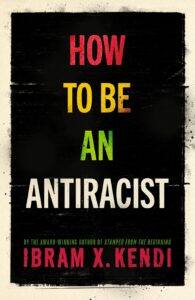 “Antiracist Baby” is a board book, a polemic written in rhyming couplets with cute drawings of multicultural activist babies written more for parents than toddlers:

“No one will see racism if we only stay silent/

If we don’t name racism it won’t stop being so violent.

Some people get more, while others get less/ 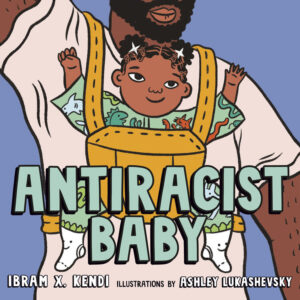 Now Kendi has co-edited a new book, published last month. “Four Hundred Souls: A Community History of African America, 1619-2019,” sets out to be a definitive book of African American history. Kendi and co-editor Keisha Blain organized the book in a creative fashion.

They divided 400 years of history in five-year chunks, and recruited African-American contributors to write about each period. The authors include academics, but also journalists, novelists and poets.

“Four Hundred Souls” is reminiscent of Howard Zinn’s 1980 classic, “A People’s History of the United States,” a radical retelling of American history from the perspective of the disempowered and oppressed. Zinn’s book was part of a movement that shifted the focus of popular history away from stories of wars and victors but has been criticized for a solitary radical perspective that failed to examine opposing viewpoints. Kendi’s previous books have received similar criticisms. 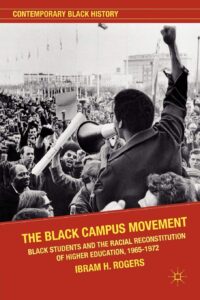 Kendi and Blain’s new book differs from Zinn’s in an important way—its collaboration. “Black Americans can be defined as individuals of African descent in solidarity…the womb of community,” Kendi writes in the introduction.

• “I Have Not Lost Faith”
With 90 authors, “collectively this choir sings the chords of survival, of struggle, of success, of death, of life, of joy, of racism, of antiracism, of creation, of destruction—of America’s clearest chords, year after year, of liberty, justice and democracy for all.”

Kendi helped create Boston University’s Center for Antiracist Research last year. In a founder’s statement on the website, Kendi writes that he has “seen racism in all its ugliness in our time and across centuries. But… I have not lost faith in the beauty of human potential, and the possibilities of a world where life, health, equity, and justice are inalienable human rights. We must believe change is possible in order to bring about change.”