Tucker Carlson: America's southern border has been erased -- does anyone in charge care?

Cotton on 'Biden border crisis': 'This was altogether predictable' and was 'predicted' last year

Trump Jr.: Media protected 'groper-in-chief' Cuomo because he 'was willing to speak poorly about my father'

This Day in History: March 9

Hold Onto Your Mittens:

Icy Blast Due This Week 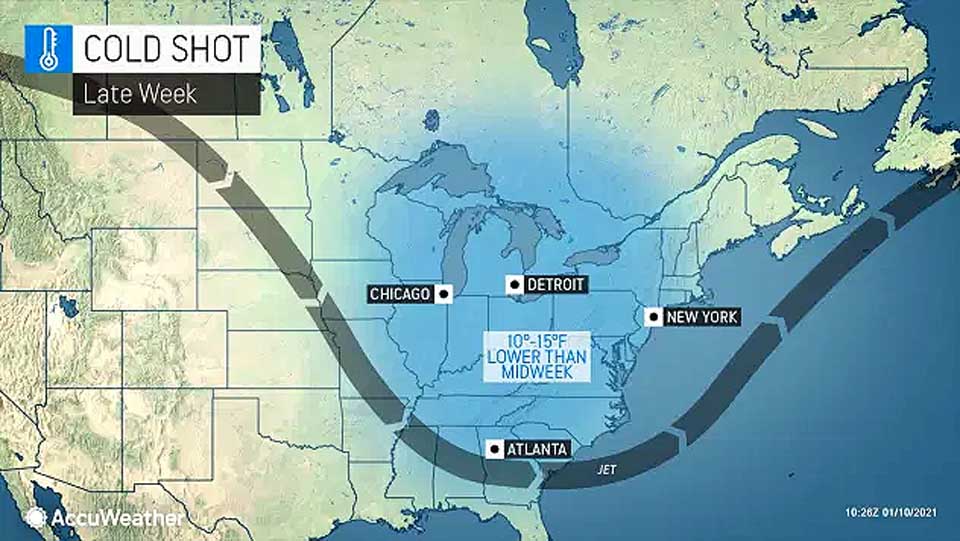 A change in the weather pattern later this week could set the stage for more snow across the East Coast for the month of January, with some help from a familiar winter friend – the polar vortex.

Temperatures will start tumbling in the Northern Plains and Midwest on Thursday, and the cooler air will likely reach places like the Ohio Valley on Thursday night and Friday. The cold is due to reach Upstate New York, New England, the East Coast and even down into the southern Appalachians by late Friday or Saturday.

Temperatures are predicted to fall as much as 10 to 15 degrees from their peak moving into the middle of the week.

The return of the cold is, in part, related to the weakening of the polar vortex, which is a storm that holds over the northern latitudes of the globe, usually keeping the coldest air locked up in the Arctic.

As the polar vortex weakens, sometimes it is able to drift southward, bringing a dose of Arctic air with it.

Exactly how far south the polar vortex is able to drift will determine the intensity of the cold across the Great Lakes and the Northeast, as well as how long the cold air will last.

It may take a few days, until the end of next weekend for the core of the cold to settle over parts of the Northeast.