Oneonta Home & Vicinity: Our town begins to feel the impulse of increased railroad facilities and will soon double its wholesale trade in flour, salt, plaster, lime, coal and general merchandise. Many carloads of lime are taken every week from this station by the farmers of Laurens, Morris, Hartwick, and other towns for agricultural purposes. The more the better for the farming interest. Inside of ten years, Otsego, Delaware and Chenango, the glorious 19th Congressional District, will be about as well furnished with railroads as any counties in the State. Hurry up the railroads, all the people will say “Amen” and bond their towns besides. A large number of men and horses passed up the valley last Wednesday to begin work on the Cobleskill and Cherry Valley Railroad, a work which is to be vigorously pushed.

A road from Broad Street to General Burnside’s at the foot of the bluff would bring much rear room in the stores and shops of Oneonta into practical use. We hear talk of a movement in that direction.

The Local News: The McCammon Piano Company held its annual meeting Friday, electing the following directors: Geo. B. Baird, C.F. Shelland, R.D. Baird, D.F. Wilber, S.M. Baird. The officers for 1894 are: President – Geo. B. Baird, Vice-President – R.D. Baird, Secretary and Treasurer – C.F. Shelland. The Binghamton Sunday Messenger lately presented a $500 piano to Miss Mary Clapper, that young lady having received 7,704 coupons in the voting contest. As the piano awarded was a Matchless McCammon, manufactured at Oneonta, there is no doubt as to the value or utility of the gift. 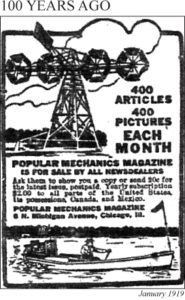 A Senate Judiciary sub-committee approved the nomination of Felix Frankfurter to the U.S. Supreme Court after hearing the little Harvard law professor assert his faith in the American constitution. He did so because for two days a procession of witnesses had denounced him as a radical, a Communist, a disbeliever in things American, and even in some cases, had objected to his confirmation because he is a Jew and was born abroad. Frankfurter denied that he was now or ever had been a Communist, either by party membership or inclination.

Old-time songs interwoven with the laugh-provoking comedy of the third annual presentation of Bill Winney’s minstrel show were well-received by a capacity audience in the Universalist Church last night. The production will be repeated at 8 p.m. this evening. Outstanding in the many features of the show were the three selections “Some Folks Say Crows Don’t Steal,” “I’m Working on the Levee,” and “In the Evening,” sung by the quartet composed of Kenneth Kniskern, G. Vaughn Russell, LaVerne Pierce and Rev. Charles A. Wyman. Oscar Wells received his share of laughs with his end-man songs, jokes and poems, as did Bill Winney who sang “Hanky Pank and His Pinky Poo” and played a requested banjo solo.

A mob of screaming anti-Communist demonstrators surged against police lines in Detroit, Michigan Thursday night as Soviet Deputy Premier A.I. Mikoyan went to dinner with the automotive capital’s top capitalists. Snowballs were thrown. So were a few eggs. The crowd, estimated to number 300, many of them Hungarians and refugees from other Iron Curtain countries, ignored President Eisenhower’s plea Thursday for courteous treatment of the Soviet visitors. Mikoyan told a group of America’s leading auto-makers earlier in the day that it would be “a long, long time” before every Russian worker has an automobile.

Sixteen-year-old William Frazier was babysitting the children of Mr. and Mrs. Floyd Howard when fire broke out setting off a smoke detector. The two older children, hearing the alarm, dashed to the first floor from their bedroom on the second floor. Frazier, who was with the youngest child downstairs, gave the child to the oldest and instructed them to go to the neighbors and call the fire department. Frazier then dashed upstairs where the third child was still asleep. Despite thick choking smoke, he made his way to the child’s room and carried him to safety. When the Howards arrived home and saw the fire engines they became worried the children had not escaped. But, when informed otherwise, Floyd Howard said: “That boy, or I guess I should call him a man, is what heroes are made of. How can you thank someone for what he did? A lot of times you forget just how much responsibility you give a babysitter. Bill really showed us he could handle it.”

U.S. postal rates will change this Sunday, January 10, and the cost of mailing a first-class letter will increase by a penny to 33 cents. This marks the first increase in four years and the smallest percent increase ever. However, some rates will decrease. For example, if a letter weighs more than one ounce, the limit for the 33-cent rate, the cost of each additional ounce up to a pound will drop a penny to 22 cents.

A hiring surge at construction sites, department stores and restaurants cut the nation’s unemployment rate to 4.3 percent in December and helped make last year’s job market the strongest during peacetime in 41 years. The seasonally adjusted rate, down from 4.4 percent in November, returned to the level reached in April and before that in 1970, according to the Labor Department. For the year (1998) unemployment averaged 4.5 percent, the lowest since 3.5 percent in 1969 during the Vietnam War. Last year’s mark was the lowest peacetime rate since 1957, when it averaged 4.3 percent.

About seven percent of Otsego County’s approximately 1,000 square miles have been leased for gas drilling, according to the Otsego County Conservation Association. OCCA has published a map identifying the leased properties according to Erik Miller, the organization’s executive director. “This is our second map and it’s probably not complete because more leases are being signed all the time,” Miller said Thursday. Activity has been brisk in the last three years as processes such as hydrofracking and horizontal drilling make it possible to extract gas from shale several thousand feet below ground.