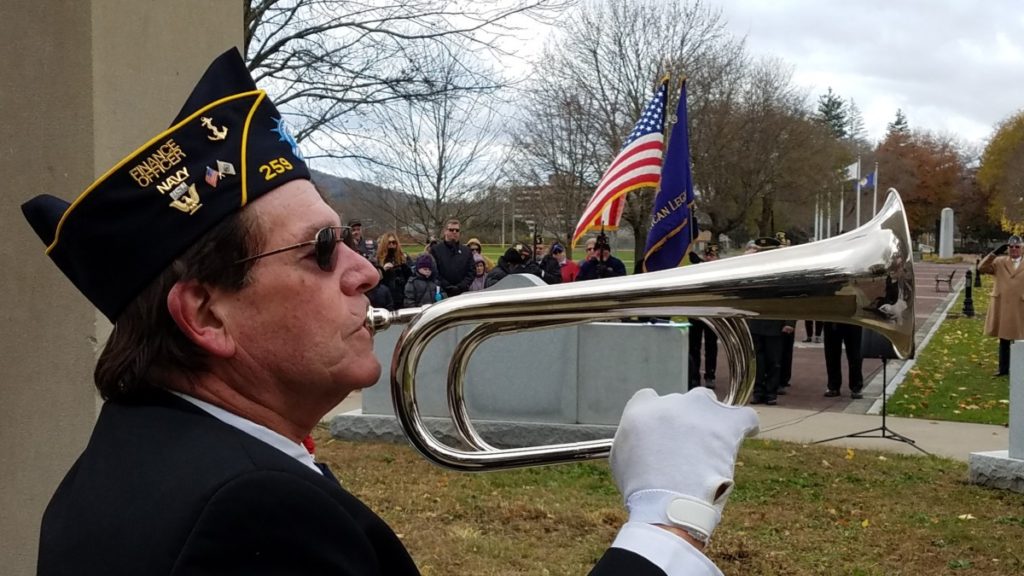 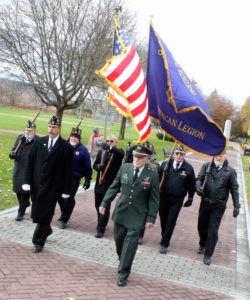 With 100 years since the end of World War I, and 99 since President Woodrow Wilson commemorated the event with Armistice Day,  veterans gathered today at Veterans Memorial Walkway in Neahwa Park in observance of Veterans’ Day. Above, Wayne Gregory, Oneonta, plays ‘Taps” as a worn American Flag is ceremoniously retired and burned during the ceremony.  Inset at right, Oneonta Legion Commander Gary Ballard and Tom McMillen, front, lead the rifle detail, Jim Williams, Conesville, Bertie White, Oneonta, Terry Harkenreader, Oneonta, and Perry Martin, Hell’s Hollow, along with members of the Color Guard Gary Walters, Oneonta, and Barry Townsend, Oneonta, down the Memorial Walkway.  “A Veteran’s character is shaped by their experiences,” said Ballard, ” A veteran stands for something greater than themselves. On this day we remind ourselves how these men and women set aside their civilian pursuits to serve their nations’ cause. Defending the freedoms of mankind and preserving our precious American Heritage.” (Ian Austin/AllOTSEGO.com)