Gov. Brian Kemp says he called up the National Guard after 'weeks of dramatically increased violent crime and property destruction in the City of Atlanta'

At least 6 kids killed by gun violence over holiday weekend

They envisioned a world without police. Inside Seattle's CHOP zone, protesters struggled to make it real

The mask decision that will haunt Trump's reelection bid

Tucker Carlson: Can Democrats lead a country they 'despise'?

Washington Post mocked for tweet saying Ennio Morricone wrote ‘ah-ee-ah-ee-ah’ theme of ‘The Good, the Bad and the Ugly’

American student locked in Egyptian prison for over a year without trial is freed, returns to US

LAFC's Carlos Vela opts out of MLS tournament in Orlando 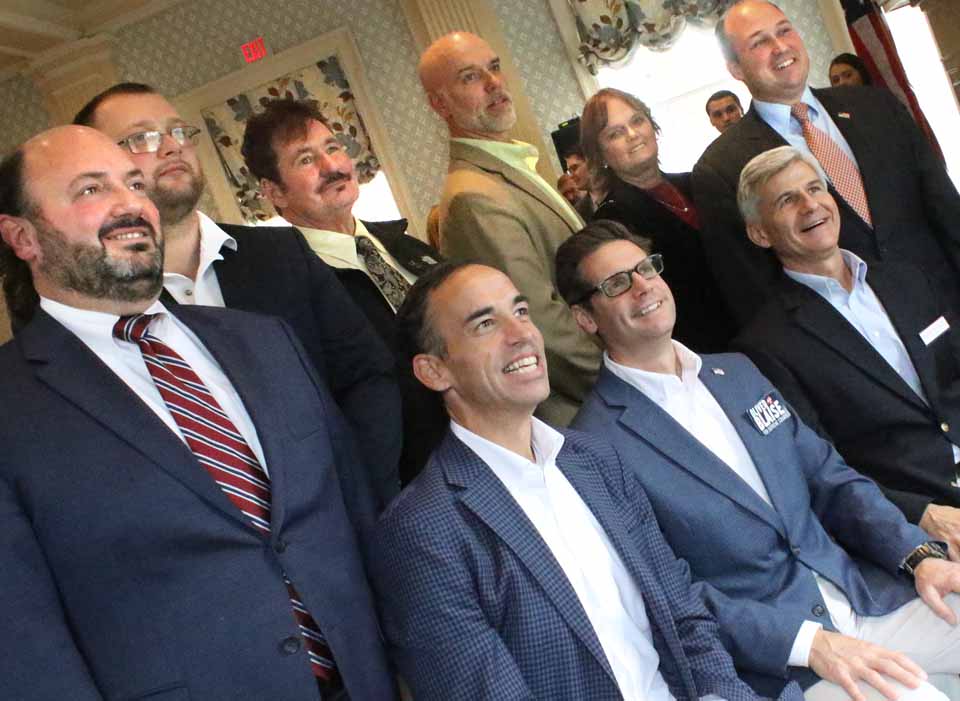 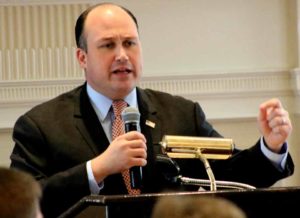 At his first public appearance locally, Nick Langworthy (inset, left) of Buffalo, elected chairman of the state Republican Committee in July, advises 100 candidates and party members at The Otesaga today that the GOP “is a party that’s coming alive” in the face of the state Democrats’ downstate tilt.  Albany decisionmakers come “from five square miles” in New York City, he said.  “There’s no one in the power structure right now who understands us.”  A Republican revival is necessary because Governor Cuomo “taxes too much and spends to much, and he’s driving people out of the state” — 2 million since taking office in 2011.  Langworthy was speaking at the party’s “Pre-Election Celebration” in advance of Tuesday’s polling.   Candidates in contested races, top, then posed for photos between Langworthy, right, and county Chair Vince Casale, left.  Front row, from left, are state Supreme Court candidates Chris Baker, Oliver Blaise and Mark Masler; back row, from left, are  Josh Bailey, Oneonta Common Council, Ward 8;  Rick Brockway, county board District 3 (Laurens-Otego); Len Carson, Oneonta Common Council, Ward 5, and Marcia Hoag, county board District 2, (Butternuts, Morris, Pittsfield) (Jim Kevlin/AllOTSEGO.com)