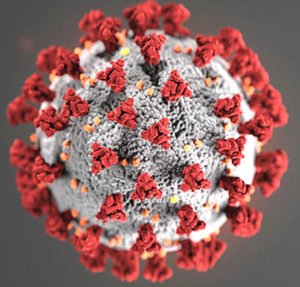 Since our article on Saturday Nov. 27 here is some of the further news about COVID-Omicron. The virus is now identified in over a half dozen European countries (and is likely in most of Europe), Australia, Israel, and Hong Kong. Fourteen people on a plane that landed in the Netherlands coming from South Africa were positive for the Omicron variant. All arriving passengers are now being tested and held until results are available. Japan which has not yet identified Omicron in country, and Israel, have banned all foreigners from entering the country. Many countries, including the U.S. have less restrictive policies. Physicians world-wide including Dr. Francis Collins, Head  of the National Institutes of Health and Dr. Anthony Fauci, head of the National Institute of Allergy and Infectious Diseases have said it will take two weeks to know much more. They are also reminding people that we don’t know how it will affect vaccinated and boosted people and whether it will induce more severe symptoms and of the need to use mitigation methods including vaccines, masking, and social distancing.

The World Health Organization named the new variant of SARS-CoV-2 Omicron on November 25.

The global stock markets plunged Nov. 26 with U.S. major indices losing more than 2% in a half day of trading. There has been a partial rebound today as of 11:00 AM.

Below is a compilation of what is known and unknown as of the time this article is being written. Much of it is open to revision.

On Thanksgiving Day, Nov. 25 news started to spread about a new variant of SARS-CoV-2 labelled B.1.1.529 that was spreading rapidly. There are more than 50 mutations in the virus, many not seen before. There are 30 mutations on the spike protein itself. The Delta variant became prominent with only two mutations from prior principal variants.

In South Africa cases went from 300/day to greater than 1,200/day from Nov. 16 to Nov. 25, only 7 days, and started to spread throughout the country from its apparent origin site around Johannesburg. Many countries announced immediate travel bans. The U.S is ordering bans of travel from South Africa, Namibia, Lesotho, Eswatini, Mozambique, and Malawi. These go into effect today, Monday, Nov. 29. The ban has not stopped the spread but should slow it down to allow time for more study and to develop treatments and possible reformulation of vaccines.

Pfizer, Moderna, and Astra-Zeneca have all announced that they have started research to determine the effectiveness of their vaccines on Omicron. Pfizer announced that they would be able to re-evaluate their vaccines in six weeks and ship a reformulated one in 100 days. Merck announced that their new drug Mulnapiravir which was touted as being 50% effective in stopping hospitalizations and deaths if begun in the first 5 days of infection is actually only 30% effective. Millions of courses of this drug have been shipped world-wide. Pfizer has not changed its statement that its drug for use in the newly infected, ritonavir, brand name Paxlovid, is 90% effective.

Governor Hochul of New York Friday announced a state of emergency effective until January 15. She described this as “surge and flex” and will allow the Department of Health to limit non-emergent and non-essential hospital admissions and procedures in situations where the hospital has less than 10% staffed bed capacity.

What we don’t know:

Exactly how serious this form of COVID is or will be. There have been conflicting statements of opinion made by scientists around the world. Will current vaccines work against it and how well. Whether it will remain primarily in young people. Will other oral medications for treatment, like Paxlovid be equally effective against Omicron as they are against Delta?

The situation can change rapidly.