Fewer than 1,000 ICU beds are available in Texas

'Pleading' from aides led to Trump agreeing to wear a mask

US could face a 'double whammy,' experts say

What we know about Naya Rivera's disappearance

Taxes are due July 15. Here's what you need to know

IRS warns about tax scams ahead of July 15 deadline

Adriana Cohen: Reopening schools a must -- our tax dollars pay for our kids to get a proper education

Texans' J.J. Watt could opt out of season if NFL requires players to wear masks: 'You can keep that'

Gen. Keane pushes back on op-ed: I'd 'take a knee' to make sure police have the equipment they need

Brian Arbour: Trump's 'image is everything' coronavirus response has been a political failure 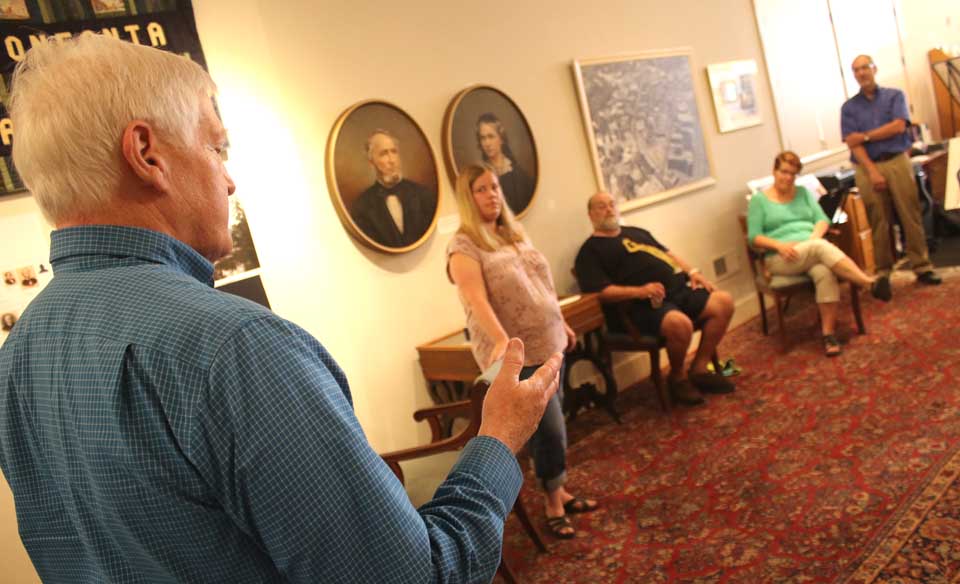 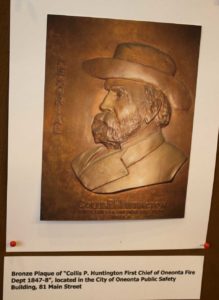 That Collis Huntington, who left Oneonta and made a fortune – not mining in the California Gold Rush, but selling gold miners the equipment they needed – may have feuded with his hometown from time to time, said Ed Rowley, top photo, left, an organizer of “Oneonta’s Forty-Niners,” which opened this afternoon at the Oneonta History Center.  “It’s a good story,” said Rowley, but any feuding couldn’t have been that bad:  When Huntington died, he left each of his local survivors at least $50,000 each, “more than a million dollars today.”  Huntington, who took four Oneontans with him – among them Carleton Watkins, whose scenic photos are second only to Ansel Adams – became one of California’s “Big Four,” credited with building the Central Pacific Railroad, the western end of the railroad that connected the continent in 1869 at Promontory Point, Utah.  Others in top photo included, from left, organizer Sarah Livington, GOHS members Ed Leone and Jane Bachman, and Bob Brzozowski (Bachman’s husband), GOHS executive director and another of the organizers, as was historian Tom Sullivan.  Inset is a photo the bronze depiction of Collis Huntington that hangs in the city’s Public Safety Building at Main and South Market.  Brzozowski reported Huntington was “deeply offended” by slavery during sales trip to the South as a young man, and his will included large bequests for Hampton Institute, now Hampton University, and to build the library at Tuskegee Institute; both are historic black institutions.  (Jim Kevlin/AllOTSEGO.com)