Professor doubles down on prediction model of Trump's chances in 2020

Nikki Haley makes the case to reelect Trump, warns 'we will lose our rule of law' if Biden wins

Judge Andrew Napolitano: America, our personal liberties are being squeezed in a vise

In Response To Death 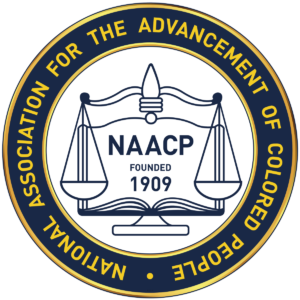 ONEONTA – Lee Fisher, Oneonta area NAACP president, released a letter this morning calling for citizens to make their communities stronger in the wake of the murder of George Lloyd, the black man who was pinned down and suffocated by Minneapolis police officers.

“When we saw the heinous act of another black man, George Floyd, intentionally being held down by four relaxed policemen and George not resisting arrest, but resisting suffocation and pleading ‘I can’t breathe, please let me stand,’ it makes us return to the actions during the Civil Rights Movement of the ’60s,” Fisher wrote.

“We could go back to Emmett Till in Mississippi, Ronna Taylor in Louisville, Kentucky, Eric Garner in New York, Trayvon Martin and just a few weeks ago, Ahmaud Arbery, in Georgia shot dead running through a predominately white neighborhood, along with many others too numerous to list or mention. We are not surprised, we are angry.”

He continued, “Yes, again we are shocked when most of these killings we have witnessed, through new technology, except Emmett Till, result usually without immediate arrest. When these incidents happen they continually make your blood pressure spike for weeks, but we are not surprised of the bad police action throughout our nation and time and time again our justice system not resolving cases.”

On Thursday, Fisher and his wife Joanne participated in a national webinar presented by Derrick Johnson, national NAACP CEO/president, with panelist including presidents of the Minneapolis, Georgia, Louisville and New York branches, each explaining the situations happening in their communities, sharing what their communities were doing in the days, weeks and months ahead.

“President Derrick Johnson strongly emphasized that if change is to be made, people must use positive energy,” said Fisher. “Complete the Census, get to the polls on Nov. 4 and make a concerted effort to know your legislators and community leaders.”

“Talk abut it, denounce social injustice, raise awareness and most importantly, join your local NAACP,” Michelle Osterhaudt, NAACP VP, wrote in an email to members. “These are the way that you can make your communities stronger.”

“This moment is calling us to stay strong even though we are outraged,” said Fisher. “And now, more than ever, we must fight and demand justice, and ‘When we fight, we win.'”