While part of America is tiptoeing toward an uncomfortable self-examination about race, the President is not examining his own prejudices

George Floyd remembered at memorial for changing the world

What 10 days of protest and grief look like across America

Over 1,000 US coronavirus deaths reported in the past 24 hours

NYPD cracks down on mayhem, curfew defiance as George Floyd vigils across US draw thousands

To Save Mueller Probe 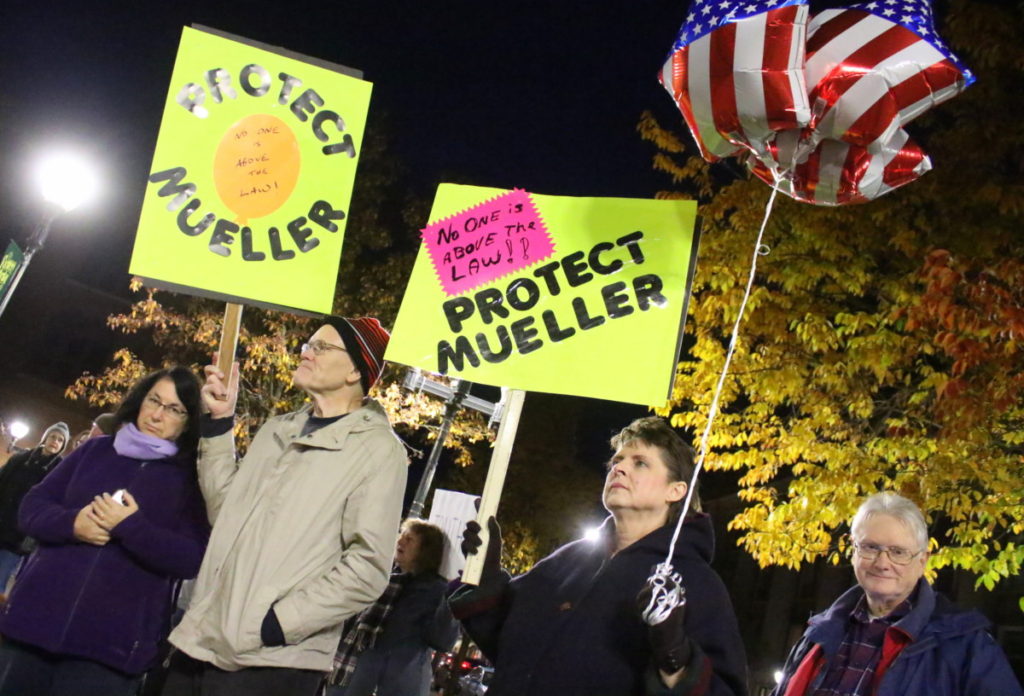 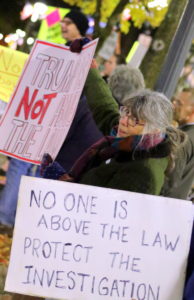 Some 90 Oneontans – including, above, Ad Van Buren, Oneonta, Bill Van Buren of Sidney and his wife Julie, and Bruce Van Buren, Oneonta – rallied in Oneonta’s Muller Plaza this evening in solidarity with the Special Prosecutor Robert Mueller investigations into 2016 campaign irregularies. At right, as passing cars honk in support – and a few against, Betsy Holland, Oneonta, stands with fellow protesters along Main Street with her sign that states “Trump is not above the law!”   The Defend The Mueller Investigation protest, started by Moveon.org and organized locally by Amy Pondolfino, began in response to suspicions that President Trump will be firing Robert Mueller, who is currently investigating Russia’s interference in the 2016 Presidential election, or Deputy Attorney General Rod Rosenstein, who overseers Mueller’s work. Mueller’s  efforts have already garnered 20 indictments and several guilty pleas. (Ian Austin/AllOTSEGO.com)