Opinion: Israel has a lot to lose by annexing West Bank territory

Pompeo announces reversal of longstanding US policy on Israeli settlements

Trump goes after his own FBI director

Trump says he opposes funding USPS because of mail-in voting

Senators lay out plan for college athletes bill of rights

Nick Cave speaks out on cancel culture's lack of 'mercy,' says it may affect artists

No. 1 Novak Djokovic says he'll play at US Open, after all 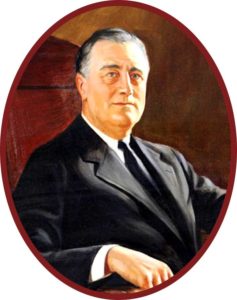 FDR IN VAN HORNESVILLE: In 1931, GE President Owen D. Young, then the presumptive nominee for the Democrat nomination for President in 1932, invited New York Gov. Franklin D. Roosevelt to the dedication of the school in Van Hornesville that bears Young’s name. By 1932, FDR had outstripped Young for the Democratic nod, and went on to be elected President four times.

STILL NO TRUMP: Another year has gone by, but the current sitting president, Donald Trump, has still to make it to the National Baseball Hall of Fame or Otsego County generally. Surprising, given that, according to some reports, he was scouted for the Phillies and the Red Sox on graduating from high school, choosing to go to college and into his dad’s real-estate business instead.

HE DIDN’T SLEEP HERE: George Washington visited Otsego Lake’s outlet in 1783 to view where General Clinton blew up the dam that allowed his army aboard bateaux to surprise the Iroquois at Oquaga (Afton), disperse the tribe and open the way for New Englanders to settle Otsego County after the American Revolution. After a gala at Swanwick, the lakeside mansion, he reportedly rode on the Fort Plain that night.

3 FOR COOPERSTOWN:
The past three sitting presidents, Barack Obama, George H.W. Bush and Bill Clinton all visited the Baseball Hall of Fame at some point, Obama while he was still in office.