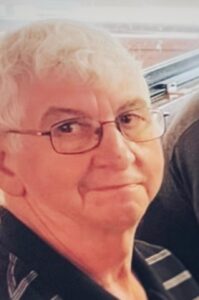 He was born on May  18, 1949 in Canastota, NY.  He was the son of George E. & Marguerite (Raynore) Tooke. His parents died at a very early age and he was raised by his cousins Clifford & Ona Clark of Kirkland.   An integral part of his childhood was spent in Clinton with Betty & June Clark where he became a member of the former Christian & Missionary Alliance Church in Clark Mills.  Roger started his career at Winn’s Furniture in 1969 and was a delivery driver for over 25 years.   He then started his own landscaping business, before marrying the love of his life, Kathleen M. Dillard- Tooke.  Shortly after in August of 95 he became a member of  the United Steelworkers Union and was a machine operator for 15 years before he retired in 2008.

You could often find Roger sitting in the sun listening to Elvis working on a word puzzle.  In his spare time he loved to garden and help his granddaughters take care of their farm animals.  He made friends wherever he went with his infectious smile and travel stories.  He loved to reminisce of the old days when he had a Mach1 and once he discovered the internet he was always browsing for a new topics of conversation .  Roger was a loving devoted, husband, son, brother, father and grandfather.   Above all, he had a great love for his family and treasured all the time he spent with each of them.