15 of the fluffiest, fuzziest jackets you can find on Amazon

6 reasons you should get the Chase Sapphire Preferred card now

Black Friday is coming soon — here's what you need to know

20 products under $20 that will get you extra organized

Which iPad is right for you? We break it down

Celebrate the premiere of 'The Mandalorian' with new merch

My Election: Pick the 2020 races you want to follow as results come in

Dr. Fauci’s restaurant-owning cousin wishes he would ease up on lockdowns

Can Trump convince suburban women to back him? 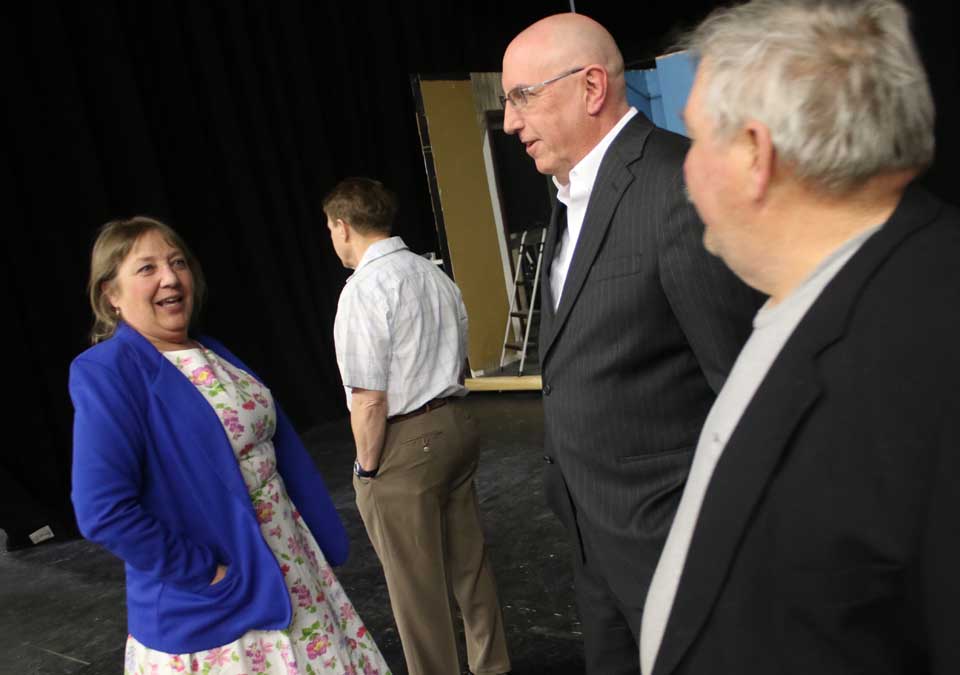 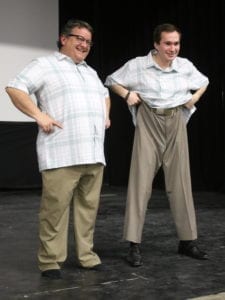 Sue Jarema, Schenevus, Jeff Moore, Oneonta, Doug Decker, Oneonta, and Nick Sanna, Schenevus, fake conversation as their wait their turn for their costume parade for “Damn Yankees,” the famed Broadway  musical comedy about a man who makes a deal with the Devil to help his favorite baseball team win the pennant. At left, George Wells (playing Joe Boyd) has a laugh at the oversized wardrobe of Michael Tamburrino, who plays Boyd’s alter-ego Joe Hardy. The show runs March 29, 30 and 31 at the Bettiol Theater at Foothills. Tickets can be purchased at Orpheus.org. (Ian Austin/AllOTSEGO.com)

“There’s something for everyone,” Roxana Hurlburt explains cheerfully.  The vice president of ISD, the  tech consulting firm, Hurlburt became president of the Foothills board Jan. 1, succeeding Johna Peachin, who is stepping back to board treasurer.

On the one hand, there are Metropolitan Opera simulcasts; (Bizet’s “Carmen” is coming up Feb. 2.)   On the other hand, Roxana reported, there’s Thompson Square, the husband and wife combination that performed their country playlist to a full house this past Veterans Day.

Highlights of this past year included the Power of Dance, based in New Jersey, organizing a contest for dancers from Oneonta’s local troupes.  Most of its events are in larger cities, from Albany to Cleveland and Columbus, Ohio.

And, of course,  Amy Schumer, visiting Delaware County relatives, turned up one day and offered to test material from her summertime national tour at a Foothills benefit in May. The show sold out in a few hours, and raised $11,000, allowing Foothills to make a sizeable donation to Opportunities for Otsego’s women’s shelter.

Perennial events are going strong, too, said Hurlburt, pointing to the Shamrock Swing in March, where boys and their moms spending an evening dancing and eating pizza, the masculine counterpart to the Family Y’s annual Daddy-Daughter Dance at SUNY’s Hunt Union the month before.

The annual Taste of Foothills, where local restaurants highlight their specialties, followed by a comedy act, filled the 600-seat Bettiol Theatre for a performance for nationally hailed mentalist Craig Karges in October.

“It’s all positive down there,” said Hurlburt the other day in a double interview at ISD headquarters that included Bill Youngs, the Foothills director who has guided the day-to-day progress over the past three years.

Except for a stint in Troy, where she and her husband, Jim, “childhood sweethearts,” lived while newlyweds, Roxana has lived most of her life in Otego.  However, she took advantage of her time in the Capitol District to attended Hudson Valley Community College.

Returning to Greater Oneonta, she was assistant to Frank Isbell, then Fox Hospital president, before joining ISD 30 years ago and building the business with company president Ron Ranc.

Over the years, as sons Jim Jr. and Jesse were growing up – the Hurlburts also have two grandchildren, Cooper, 5, and Gunner, 8 – she was active in community groups such as the Cub and Boy scouts, Little League, and the Otego Volunteer Fire Department Ladies’ Auxiliary, as well as the Otsego Chamber and Catskill Hospice boards.

She “grew up with” the Bettiol family, and entrepreneur Gene Bettiol, Southside Oneonta’s developer, encourage her to join the Foothills board a few years ago.  (Bettiol had adopted the performing arts center after the death of his son, Gene Jr., one of the originators of the Foothills idea, along with promoter Peter Macris and others.)

While Gene Sr. passed away in December 2017, his wife Betty has continued to support the undertaking, most recently providing tables, chairs and linens for the Atrium, where weddings, dinners and social events are hosted.

The benefactor also provided chairs for the “black box” production room and the upstairs theater, which thrills Bill Youngs – previously, his staff of three, led by veteran Geoff Doyle, now office manager, had to ferry furniture around the sizeable complex as events required.

Hurlburt sees Foothills taking advantage of opportunities that will surface through the City of Oneonta’s DRI (the Downtown Revitalization Initiative), noting a recent $15,000 grant was used to hire Paperkite, the Cooperstown consultant, to develop a marketing strategy.

The city’s theater consultant, Webb Associates, envisions Foothills as eventually managing the historic Oneonta Theater, although what happens there remains to be determined.

Roxana emphasized Foothills plans to be as prudent with public money as it is with its own.  City Hall had provided $20,000 to repaint the 10-year-old main building, but it was discovered that the current tannish color was mixed in with the cement in the original construction.

If the building were to be painted, it would only peel, requiring another $20,000 paint job in eight years.

Is urban unrest – currently, the riots in Philadelphia – influencing your vote for president?