Boris Johnson was first admitted to the hospital yesterday. He has tested positive for the coronavirus and has persistent symptoms.

Dr. Gupta: Here's what this means for Boris Johnson

Big test: US prepares for the most critical week yet

NYC official: Trump has my mom's blood on his hands

How to help: A list of vetted charities you can donate to

Ohio gov DeWine: 'I don't think anybody knows' when coronavirus restrictions will be lifted

How has coronavirus impacted the US census?

KUZMINSKI: Gerrymandering Takes Away Our Right To Representation

Column by Adrian Kuzminski for November 2, 2018

Gerrymandering Takes Away
Our Right To Representation

The most remarkable thing I’ve seen in this year’s midterm
election campaigns is Chad McEvoy’s op-ed in the New York Times. The headline says it all: “If I win my district, I’ll get rid of it.”
That’s the 101st Assembly District, a model of gerrymandering, which snakes in a narrow strip from New Hartford near Utica through part of Otsego county to the Hudson Valley.
Its shape guarantees that almost nobody living in the district is connected to anyone else in it. Its only purpose is to provide a safe seat for a politician who can be sure that his atomized constituents have no voice of their own.
Chad is running to overturn this kind of all too familiar nonsense.
The 101st district is an egregious case of gerrymandering, but in fact most of our legislative districts work exactly the same way. Most people couldn’t find their state legislative or Congressional districts on a map, or even name them accurately.
The districts overlay and cut across one another in insane fashion. People in one Congressional district are guaranteed not to be together in the same state Assembly or Senate districts.
Divide and conquer is obviously the rule.
Most districts are spread over a large number of communities almost entirely unique in terms of jobs, industry, schools, social services, and so on. That means our local communities are NOT represented in Albany or Washington.
The heart of your community is where you live and work. It includes your neighborhood, the town where you do most of your business and shopping, and the school district where your kids go. For most people – except for those commuting to distant jobs (say 20 miles or more) – these functions mostly overlap.
Call it home.
The largest local unit which people recognize and more or less identify with is the county, which administers social services, collects taxes, provides public safety, manages code enforcement and waste disposal, maintains major local highways, carries out environmental and planning responsibilities, and coordinates local towns which enjoy home rules under the state Constitution.
People know their counties; counties are the largest political entities which still function as communities. The county should be the political district that is directly represented in Albany, if not in Washington.
New York has 62 counties and representatives elected from each of those counties could comprise at least the state Assembly, if not the entire state legislature. That would be one way to upset business-as-usual in Albany and put the public back
in control.

Of course, counties differ widely in size. The largest county in the state – King’s County(Brooklyn)– has a population of 2,504,700, while the smallest – Hamilton County, in the Adirondacks – has 4,836 residents. But just as towns are represented on the Otsego county Board of Representatives by weighted voting, counties could be represented in Albany the same way.
The larger number of smaller, more rural counties would naturally work together to offset the clout of the fewer number of larger counties.
As far as Congressional districts go, in densely populated areas (like New York City) they should be drawn to be within counties as much as possible. In less dense areas, like Upstate, they can be drawn to include whole counties as closely as they can.
The point is that the interests of, say, Otsego county, would have a direct voice in Albany, something that is NOT currently the case.
In fact, our communities
are not directly represented anywhere at all.
This lack of representation
goes a long way towards explaining why a place like Otsego county has long suffered chronic economic decline and social malaise.
Let me close with a couple of personal endorsements of local candidates who recognize the need for the kind of fundamental change I’m talking about.
One is Chad McEvoy in the 101st Assembly District, as discussed above. Chad wants to strengthen local education, supports single-payer health care for New Yorkers, and advocates universal broadband and green energy as economic drivers.
The other candidate I’m voting for is Joyce St. George in the 51st Senate district. St. George – a feisty, anti-corruption investigator and local business woman who also supports single-payer health for all New Yorkers – is running against our long-time senator Jim Seward, who represents the status quo.
Seward has made a career of recycling taxpayers’ own dollars back to them as perks for which he can take credit; his so-called “economic summits” have gone nowhere; and his environmental record is among the worst in Albany – he’s been consistently rated near the bottom of New York legislators by the watchdog group Environmental Advocates. If you think we can do better on these issues, vote for St. George.
Adrian Kuzminski, a retired Hartwick College philosophy professor
and Sustainable Otsego
moderator, lives in Fly Creek.

END_OF_DOCUMENT_TOKEN_TO_BE_REPLACED

Populism As American As Apple Pie 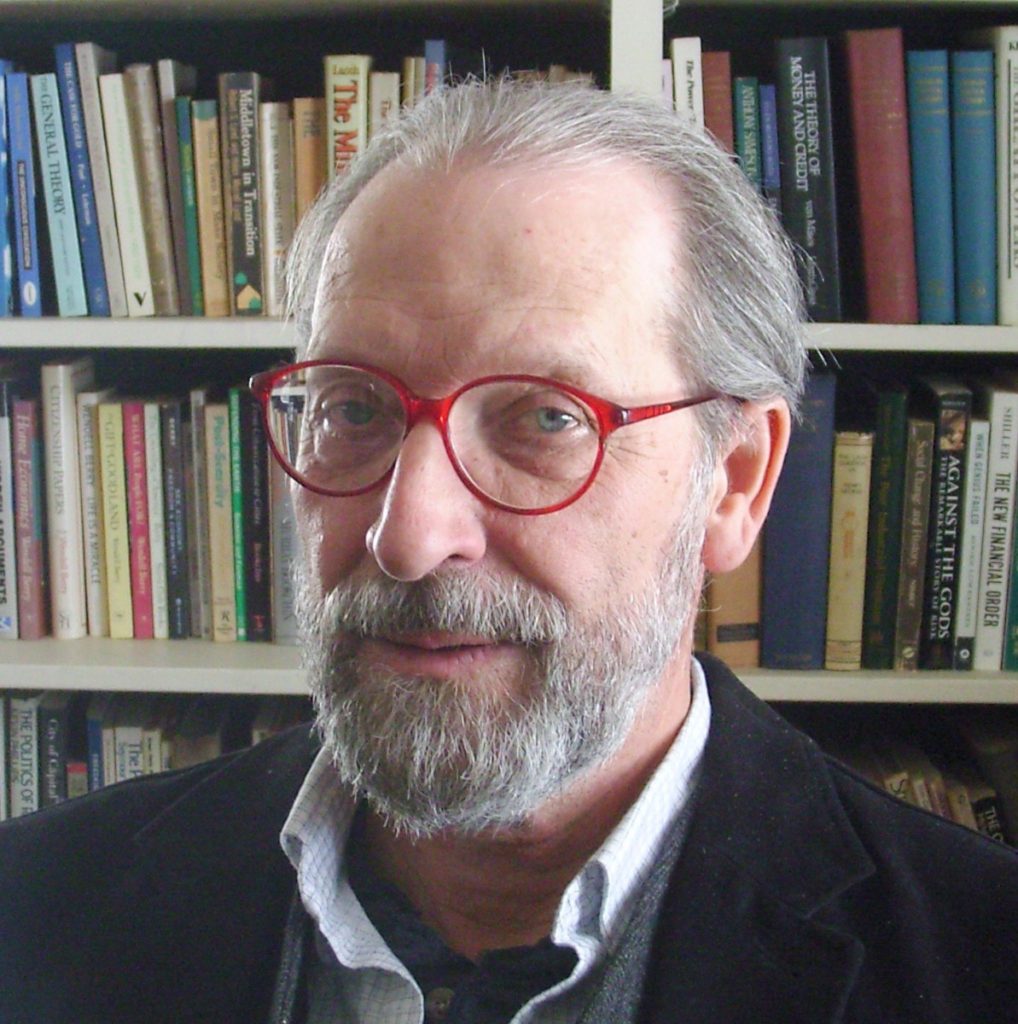 Ever since the last presidential election the words “populist” and “populism” have been widely bandied about, mostly as pejorative terms.
A populist politician, we often hear, is a demagogue who wins votes by inflaming the resentments and emotions of ordinary people at the expense of rational thought. Those who fall prey to populism are no more to be trusted, critics suggest, than the politicians said to manipulate them.
It’s a curious feature of populism that it defies the normal left-right political spectrum. These days we have left-wing and right-wing populists.
In the last election, Bernie Sanders and Donald Trump were both called populists. And historically, we’ve had left-wing populists like

END_OF_DOCUMENT_TOKEN_TO_BE_REPLACED

ZAGATA: Is There No Way To Stop Child Separations?

Is There No Way To

Most of us are the descendants of immigrants who legally entered the country via
Ellis Island.
As Americans, we should be proud that people want to come to our country. However, there are laws that control the rate of entry and processes to follow in adhering to those laws.
Today we’re besieged with a media blitz focused on the separation of children from adults caught entering illegally while they are subjected to our legal system.
Instead of jumping to the child separation issue, maybe we should stop and ask what it is that caused the separation, i.e. what are the adults
being processed for?
It turns out they have broken the law by illegally entering the country. Thus, it seems logical that any debate about immigration should begin there.
There are already at least two laws on the books that address these illegal border crossings, but they have, by several past presidents, largely been ignored.
Those presidents all took an oath to uphold the Constitution and laws of the land so they bear some of the responsibility for our current dilemma.
Congress passed the current laws and therefore they have the Constitutional authority to either amend them or pass new ones to address illegal immigration. Where is the media when it comes to asking Congress why it has been unwilling to fix the problem?
Now let’s address the topic of children being separated from their accompanying adults. Why did I say “adults” and not “parents”?
The answer is really quite simple – we have no easy way of determining if the adults are the actual parents of the children they are with.
We say that should be easy, and then are confronted with the fact that 50,000 people illegally cross the border each month. It takes months to do a background check on a U.S. citizen who was born here. We don’t have “months” to determine if the accompanying adults are the actual parents and if they have a criminal record.
However, we do have a legal process for deciding how to handle these illegal immigrants, but that process takes time. What do we do with the children in the meantime?
Do we put them in with other adults for whom we have no background information? Would doing so increase the likelihood of real child abuse?
Do we build, at taxpayer expense, holding facilities for the “families” – remember, there are 50,000 new ones each month. That would require a massive infrastructure to build and staffing it would be very expensive.
Do we simply put those caught illegally crossing the border on a bus and send them back – where is “back”?
Why not just release them at the border until their hearing date? That’s what’s been done in the past and about 80 percent don’t show up at the appointed court date. One could say they are the smart ones and soon after they blend into the overall population and the issue just goes away – or does it?

Because of our heritage and compassion, we all want those who wish to immigrate to our country to have the opportunity to do it legally. No one wants to see children entering a new country separated, even for a short time, from adults who may be their parents.
To address that concern, a broken immigration system needs to be fixed – not a tinkering, but a comprehensive overhaul.
If you, like me, want that done, please let your congressman and senator know that you understand it is them, not the President, who makes the laws and thus they have the power and responsibility to get it done.

Mike Zagata, a DEC commissioner in the Pataki Administration and a former environmental executive for Fortune 500 companies, lives in West Davenport.

END_OF_DOCUMENT_TOKEN_TO_BE_REPLACED

VILLAGE ELECTION – Noon-9 p.m. Cooperstown residents will have the opportunity to vote on which candidates will become a Village Trustees. Cooperstown Fire hall. Info, cooperstownny.org/village-election-to-be-held-march-21-2017-noon-to-9pm-at-cooperstown-fire-hall-click-here-for-details/