BUTTERNUT CREEK FLOAT – 11 a.m. – 2 p.m. Join the Otsego County Conservation Association for a leisurely paddle on the creek where you will learn about the natural and human history of our region, take in the sights, and have fun. Bring your own craft or reserve one of OCCA’s. Please come dressed for the weather with food, water, etc. Free, registration required. Bailey Rd., Gilbertsville. 607-547-4488 or visit occainfo.org/calendar/butternut-creek-float/

END_OF_DOCUMENT_TOKEN_TO_BE_REPLACED

Otsego 2000 will receive a $12,500 grant from the Preservation League of New York for their Preserve New York grant in order to fund a Culture Resource Survey in the City of Oneonta.

This survey will be used to help maintain and determine which historic buildings in Oneonta can be renovated.

“Oneonta’s neighborhoods encompass a wonderful range of historic and architectural styles from the late 19th to the mid 20th century, the heyday of railroads,” Ellen Pope, executive director of Otsego 2000, said in a media release. “We are so grateful to the Preservation League of New York State for their support which will fund this important step toward documenting and preserving these neighborhoods and enabling homeowners to take advantage of the NYS Homeowner Historic Tax Credit program.”

Oneonta, which was settled in the 18th century, has many historical buildings within its boundaries.

END_OF_DOCUMENT_TOKEN_TO_BE_REPLACED

Bring Nick’s Diner Back To Life

Here’s the choice: The nearly complete restoration of Oneonta’s historic Nick’s Diner can go forward, with better than even chances it will succeed. Or, almost complete, it can be allowed to remain vacant, eventually deteriorating to the point it will be razed or removed. It is hoped it will be in much better hands this time around. A failure to keep track of finances and track expenditure has contributed to its demise in the past. There are various ways you can fund a new business but it’s just as important to properly manage its finances throughout its existence.
Hopefully, the assistance of Utility Bidder will make sure no money is wasted when it comes to paying for utilities.
That’s the choice: Something – maybe something good. Or nothing.
Better than even chances because the prospective owner, Rod Thorsland, is from a restaurateur family that has successfully operated the former Pondo’s restaurant in the Sixth Ward and thriving Pondo’s II in Colliersville for many decades.
Given his own experience and the expertise around the Sunday dinner table, would Thorsland – himself, he’s been in the restaurant business since age 16 – assume the significant responsibility of reviving Nick’s and the related debt without confidence he can make it work?

•
Under debate in the City of the Hills is whether Common Council should approve an application to the state Office of Community Renewal for a $230,000 CDBG – a federal Community Development Block Grant.
Applicants for CDBGs must submit a “pre-application” to the OCR. Thorsland has, and it’s been approved. So it’s likely the final application will fly right through.
If so, Thorsland will complete the purchase of the diner from Ed May, the local entrepreneur who took on its renovation. Then, within six weeks, the final touches can be done and the venerable Oneonta icon reopened. Drawing in business shouldn’t be hard because of the history of this diner, however, Thorsland will probably want to make sure that he creates an effective website for the restaurant to let people know it’s been renovated and is now open again. There is a number of website building software out there, but one of the most popular is Wix. It only takes one read of a Wix Review to understand why so many people find it so easy to use. Hopefully though, the business will resume as normal. Although, extra marketing isn’t necessarily a bad thing!

“Tour it,” Mayor Herzig advised in an interview, “because it is an absolutely beautiful restoration that keeps the feel of the old railroad car, but at the same time is a state-of-the-art diner, beautifully designed, brand new kitchen, energy efficient.”
Usually, Common Council would simply rubber-stamp a pro-approved application. But a handful of objecting residents showed up at its June 19 meeting, and a few more last Tuesday, July 3, successfully delaying action. Mayor Gary Herzig now hopes for a vote this coming Tuesday, the 17th.
•
The main objection seems to be: Why should Thorsland get the money? Answer: Why not? CDBGs are designed to help entrepreneurs, close the “gap” between initial cost and possible success.
In Thorsland’s case, he will have to invest $320,000 beyond the CDBG. He has skin in the game. The CDBG simply enables him to shoulder significant risk and provides the prospect of a lot of hard work.
In recent years, the city has directed $1.5 million in state and federal money to promising projects, some which make it, some which don’t. Why not Thorsland, whose prospects don’t seem that daunting? (Among other pluses, Oneonta has been yearning for an old-fashion diner since the beloved Neptune was razed at the end of 2013.)
Further, any entrepreneur who wishes can also seek a CDBG. Call Mispa Haque at City Hall’s Office of Community Development, 607-432-0114, and ask for an application, or email her at mhaque@oneonta.ny.us.
If any of the objectors want money to try something, call her.
The other issue is whether Nick’s can create 15 jobs, as promised.
Thorsland is undeterred: He’s planning a seven-day, 24-hour venture, so he has to fill 21 shifts. Pondo’s II, a daytime operation, has 12 fulltime employees and much shorter hours.
•
If nothing else, a new Nick’s will improve the western gateway into the downtown, where each summer hundreds of families approaching from Cooperstown All-Star Village get their first impression of the city’s downtown, Herzig said.
When businesspeople ask for help, he continued, Community Development Director Judy Pangman doesn’t decide if the project is worthy; she connects them with the program that might help them.
Until now, Common Council hasn’t decided if applicants are worthy – simply that they qualify to apply.
“If you come to us, no matter who you are, we will identify what assistance you can apply for,” Herzig said, adding: “I don’t want politicians picking or choosing.”
Amen.
•
Bagnardi’s Shoe Repair, anyone? 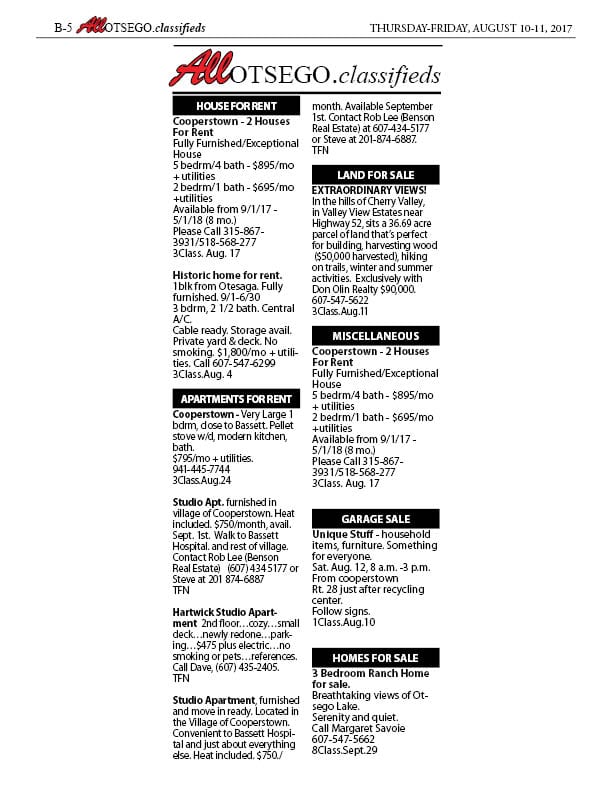 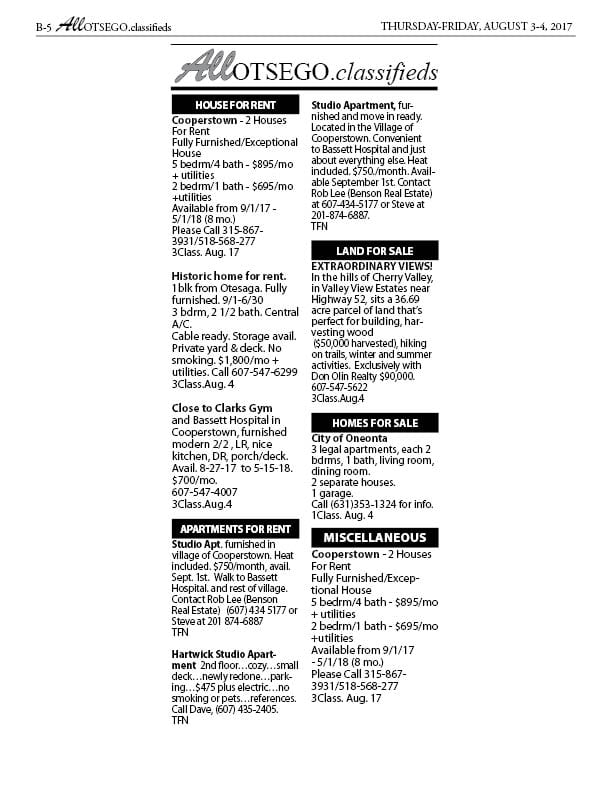