Fauci: The idea of 200K US deaths in sobering and stunning

Avlon on Covid-19 deaths: We lost over three times more Americans than in Vietnam

Editor’s Note: This column, by LEAF Executive Director Julie Dostal, is the final in a 12-month cycle of columns by Otsego County Opioid Task Force members, and the news is good. Read on!

There’s a light at the end of the tunnel.
I did not know when this day would happen, but it finally has. It looks like we have just begun to turn a corner in the public health crisis of opioid addiction, overdose and death.
It is not over and we cannot let our guard down.
However, by most measures, things are getting better in New York State and in our county.
The Otsego County Coroner’s Office reports a 90-percent drop in opioid overdose deaths since 2016. The Center for Disease Control (CDC) reports that opioid related deaths in New York State have dropped 15 percent since last year.
In light of the 72,000 people that died from
overdose in the U.S. last year, our local and state numbers are the hope we needed to see.
So, what changed to make the difference? Actually, a lot of things changed.
It was vital that we as a society began to accept that addiction is a disease. It is a chronic, progressive, relapsing disease with too-often fatal consequences.
I’m not sure we’re there as a society, but many of our systems now are.
The government has come to understand it can play a major role through sound public health policy.
Firefighters, EMS and police are carrying the life-saving overdose antidote most commonly called Narcan. Community members are responding to training opportunities, films related to the crisis and other community forums to educate themselves on the issue.
Healthcare has changed its approach to helping the person with a substance use disorder. They are no longer “those people,” but instead are “our patients.”
Individuals can now receive addiction care by walking into their Primary Care. Emergency departments can begin medication-assisted treatment right on the spot.
Insurance carriers are being held accountable for covering addiction in the same way that they would cover any other chronic illness. No longer must a person with opioid use disorder “fail first” at outpatient treatment before being admitted into a longer-term treatment facility.
The Otsego County Opiate Task Force has been active in our communities to support, advocate, and participate in these changes.
Although we can’t take credit for the changes, we have been working
hard to be part of the solution. There is still much work to do.
The truth is, we have an addiction crisis, not just an opioid crisis. But, we
are happy to take the glimmers of hope where  we can find them. 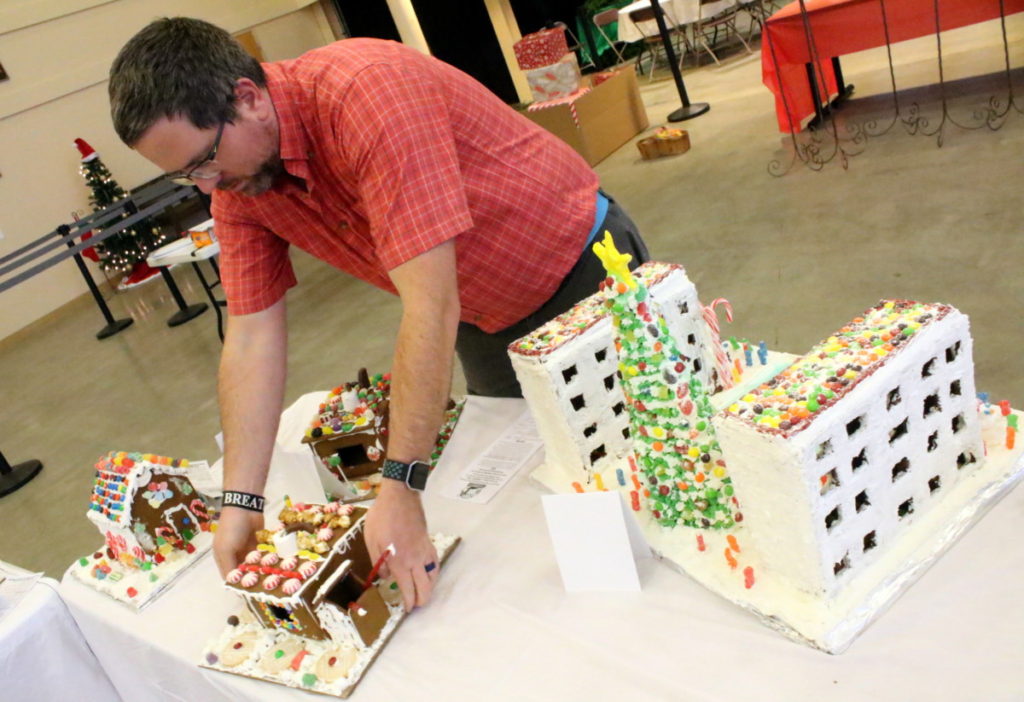 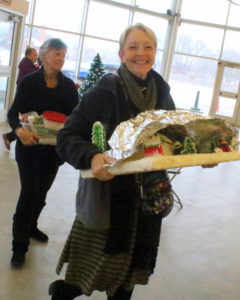 Entries flooding in Friday afternoon for this year’s annual Gingerbread House competition as contestants carry their confectionery creations in into the Foothills atrium for the judging later in the evening evening. Above, David Kropp, Oneonta, starts arranging a few of a 50 record entries, including one depicting Oneonta’s Christmas tree in Rockefeller Center last Christmas, made by his sixth- and seventh-grade class at Oneonta Christian Academy. At right, Julie Dostal and Chris Rolko arrive with LEAF’s gingerbread igloo. Entries drop-off ended at 6 p.m.(Ian Austin/AllOTSEGO.com)