Be Afraid, But Do It Anyway

Nature or nurture is a question I keep asking myself. Why have I always been afraid? Did I learn fear?

Why did my parents keep to themselves? Kept us close to them?

No overnights with other kids. Or other kids sleeping at our house.

Maybe not just because our house wasn’t as nice as the other kids?

My family lived secrets. Were Mom and Dad just shy? Or were they really afraid? That they would be shunned by neighbors? That they couldn’t measure up? That they might jeopardize the life they wanted to build for their girls’ futures?

Dad had told us why he emigrated from Northern Ireland. But was this the real story?

I had believed his story. It shaped my life. With four daughters on a farm my Dad needed sons. In the 50s and 60s, probably, a man needed at least one son.

END_OF_DOCUMENT_TOKEN_TO_BE_REPLACED

No Kidding, Watch Out For Bears

No Kidding, Watch Out For Bears

After Vince and Lynne Krogh Casale’s sighting (and videographing) of a black bear on Bedbug Hill Road Tuesday, March 23, a reader sent along this photo of a black bear (see photo) rampaging in a yard in the Pierstown area, on the other side of the hill, both in Town of Otsego on the west side.

More bears in Otsego County is a new reality, Josh Choquette, the DEC’s new bear expert, based in its Stamford office, reported in last week’s edition.

Development in the Catskills is pushing bears north and, also, new growth in Otsego County’s abandoned farms is providing newly arriving bears with plenty to eat.

END_OF_DOCUMENT_TOKEN_TO_BE_REPLACED

COVID? It Could Have Been Worse

COVID? It Could Have Been Worse

COVID-19, which hit America hard starting in early 2020, turned our worlds upside down. I haven’t been able to hug my grandchildren since early February 2020 on my last visit with them. So here we are hunkered down, adhering to the virus protocols, playing it safe and staying healthy.

So, what do you do to maintain your sanity?

I reflect on stories surrounding the trials and tribulations of my ancestors to understand the struggles they plowed through in their lives.

Remember, they were handicapped by not having all of today’s quality-of-life assets, no cell phones, computers, the luxuries of travel from automobiles to airplanes, prepared foods, safe housing, money and all of assets that we enjoy, and perhaps take for granted, today.

Do you hear where I’m going with this? Let me share with you some of the storied struggles of the early lives of my grandfather and grandmother.

END_OF_DOCUMENT_TOKEN_TO_BE_REPLACED 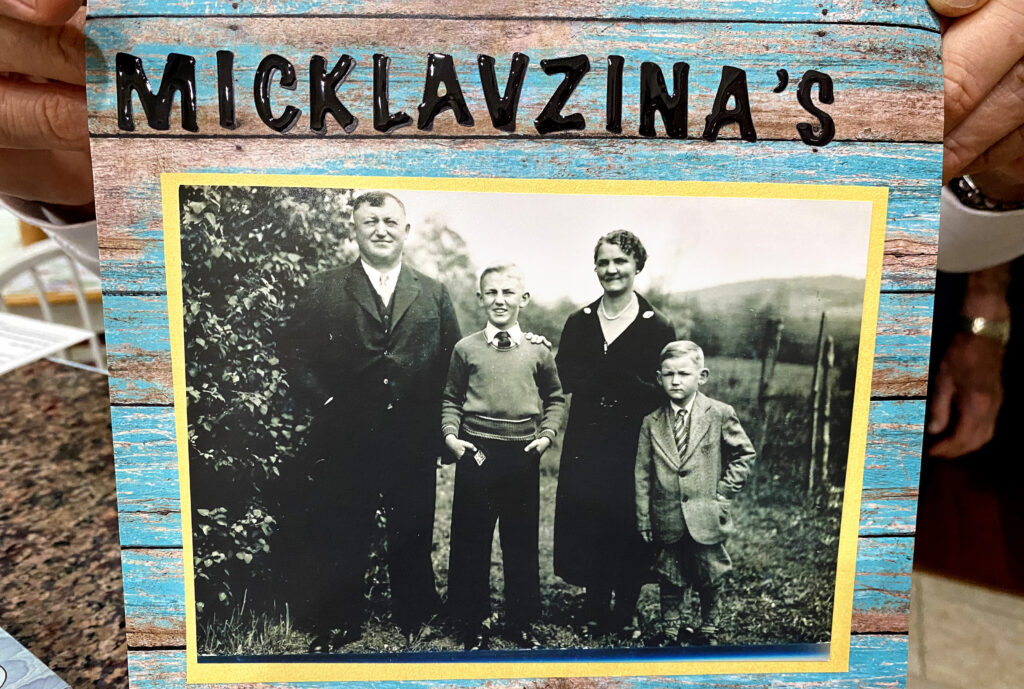 One cold and leafless November morning about 40 years ago, I was deer hunting on Panther Mountain outside of Richfield Springs with my friend Paul O’Connor.

After a long climb, we came into an area that was covered with hardwood trees that stood in gentle depressions and on top of small hummocks. The rolling terrain repeated itself over and over in a nondescript fashion so that it was easy to get lost and difficult to determine exactly where we were.

Obviously, for a deer, it was a great place to hide out.

At one point we came upon an old shack that had collapsed under the weight of age and heavy snow.

“This was Honey Joe’s shack,” Paul told me. “He used to make hooch out of honey during prohibition.”

“Booze out of honey?” I asked.

“Yeah, Paul said. “I think they called it metheglin.”

I was fascinated by the thought of a man hiding away deep in the forest making a forbidden brew and I asked a lot of questions for which Paul had no answers.

Over the years, on deer hunts, Honey Joe’s name would come up but no one seemed to know very much about him. Rumor had it that he lived in the Fly Creek Valley near Panther Mountain and that he was a hermit.

Eventually, I got in touch with John Stucin, a farmer, whose family lived not far from where the Micklavzinas lived. That was Honey Joe’s last name, Micklavzina.

Stucin’s memories of the old bootlegger were very clear.

“He was a big man, almost as broad as he was tall. He must have weighed close to 300 pounds. He was friendly and liked to talk a lot, and he always came around in his old pickup when it was time to do chores and the men, he and my father, would get so deep into politics that us kids would wind up having to do the work!”

Stucin remembered that state troopers came around many times looking for Honey Joe’s still, but they never found it. That is all the farmer remembered, but he told me that his mother, Mary, had known Honey Joe very well and might give me more information.

Mary Stucin turned out to be a very clear-minded 92-year-old woman with vivid memories.

She recalled that, in the mid-’20s, when Honey Joe first came to his 140-acre farm in the Fly Creek Valley, “Bees weren’t his only business.” She said he and his wife Antonia used to sell strawberries, plums and apples and that he butchered farm animals as well as deer.

Mary said that he was an intelligent man and that he read a lot. Originally a farmer from Slovenia, near Austria, he was well versed in home remedies for people as well as for animals.

In spite of his weight, he was a lively man with a big round face and pale green/blue eyes. He loved to dance, especially the polka, and according to Mary, “for a man his size he was very light on his feet.”

I learned that his making metheglin out of honey and grain was a lot more casual than the label, bootlegger, would suggest.

“He didn’t charge much for the stuff,” she said. “Maybe a dollar a gallon. But all kinds of high-ranking people, doctors, lawyers etc. would come to buy it because he made good stuff and because of Prohibition.”

Mary said that even the locally famous state trooper, Sergeant Cunningham, who had an office in Cooperstown, used to come to Honey Joe for metheglin.

The rough and tumble Cunningham, who used to put on demonstrations of great horsemanship, couldn’t drive a car and would have one of his men ferry him to the farm to get some home brew.

Honey Joe wasn’t only big, he was strong. At fairs in Cooperstown, Richfield Springs, Oneonta and elsewhere, he’d enter dead-weight-lifting competitions, where he’d frequently walk away with the prize.

Once he and his son, Frank, were bogged down in mud in an old pickup truck. He got out and easily lifted the rear wheel so that Frank could slide a plank under it.

Whether he was cutting timber or shearing sheep, he always kept up with his colony of bees and the harvesting of their produce.

Years later, when his wife Antonia left the farm and headed for Cleveland to open a restaurant, Honey Joe could not bring himself to leave his beloved land.

They parted amicably but the split left the work weary farmer to enter his senior years alone and eventually in poor health.

“We used to worry about him,” Mary Stucin said. Every couple of days I’d send someone over to check.” One day our hired hand found that the old man had passed on in his sleep.

Time tends to bury and distort. While hunting deer, we came upon the ruins of a “bootlegging hermit” and found a husband, a father, a political thinker, a strong competitor, a maker of mead and a light-footed dancer. Not a bad go at life.

See The Art Of Dance

ART RECEPTION – 5-7 p.m. “Migration-Immigration: A Creative Depiction” opens depicting the arduous and dangerous path that has led many immigrant to the US throughout our history. Features the work of local artists working in water color, acrylics, oils, pen, ink, sculptures, and more. Cherry Branch Gallery, 25 Main St., Cherry Valley. cherrybranchgallery.com