'Why Did You Do This?' The Story Behind Ukraine's First War-Crimes Trial

The Cooperstown Summer Music Festival will open its 23rd season with a free outdoor community concert featuring the Caroga Arts Ensemble, led by cellist Kyle Price, at 7 p.m., Tuesday, Aug. 10, on the lawn behind the Fenimore Art Museum.

The concert, entitled CSMF Musical Kaleidoscope and sponsored by NBT Bank, will feature a repertoire of bluegrass and classical to jazz and pop in a musical variety show.

“CSMF is thrilled to be partnering with the Caroga Arts Ensemble for our return to the stage,” said Festival Founder and Artistic Director Linda Chesis in a media release. “We wanted our first concert to be a gift to the community so that everyone can experience the joy of music after such a difficult year.”

END_OF_DOCUMENT_TOKEN_TO_BE_REPLACED

The incident occurred at 1:56 p.m. yesterday at the NBT Bank, 16 Main St.  The suspect did not threaten or display a weapon.

The suspect is described as a white male, with a darker complexion.   He appears to be 30-40 years of age and is approximately 5-foot-5 to 5-foot-7 tall. END_OF_DOCUMENT_TOKEN_TO_BE_REPLACED 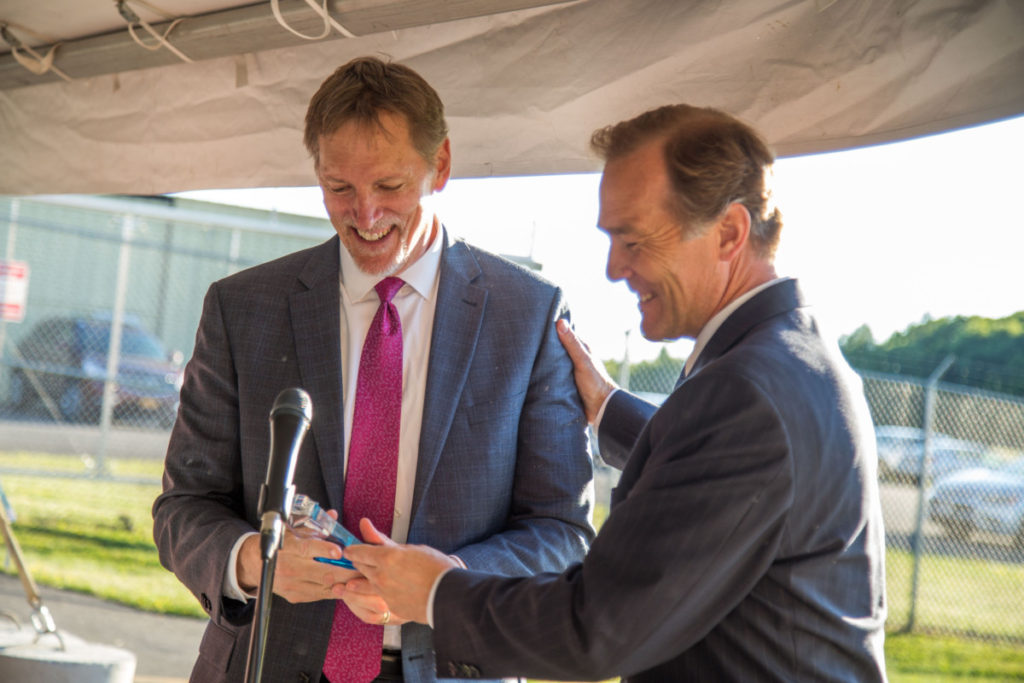 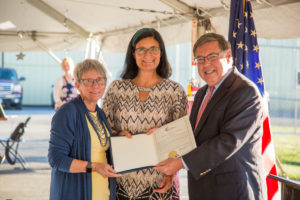 ONEONTA – The crowd rose to its feet with a roaring applause at the annual Otsego County Chamber of Commerce dinner Thursday evening as Betty Bettiol made her way to the podium to accept the Distinguished Citizen Award, given posthumously to her husband, Eugene A. Bettiol Sr.

Accepting the award for her husband that was named in honor of her late son, Gene Bettiol, Jr., was an emotional moment for everyone in attendance, most of which knew Gene through many years of business in Oneonta.

Betty, her daughter Jaci, and her two grandsons Ryan Laytham and Eric Michelitch took to the stage to accept the award, with Jaci making an acceptance speech in her father’s honor.

“My father was not fond of receiving recognition, and would always say, ‘it’s not my time’,” said  Jaci. “Well dad, time is up, and this is for you.”

END_OF_DOCUMENT_TOKEN_TO_BE_REPLACED

ONEONTA – NBT Bank will be honored as the NYCM Insurance Distinguished Business of the Year at the Otsego County Chamber of Commerce annual dinner, Thursday, May 3, at Foothills, beginning at 5:45 p.m., the chamber announced today.

The evening’s theme is   “Supporting Entrepreneurial Spirit in Otsego County.”

END_OF_DOCUMENT_TOKEN_TO_BE_REPLACED

Retired from a long career at NBT Bank, Cal rallied alumni when the college was considering dropping its Section 1 status during financial challenges in the early years of this century.  The drive largely met the fund-raising goal set by the college’s then-president, Dick Miller, and the program was saved.

END_OF_DOCUMENT_TOKEN_TO_BE_REPLACED

Arrest Made In Edmeston Bank Heist

EDMESTON – An Earlville man is in Otsego County jail today after he was arrested Sunday and charged with robbing the NBT Bank branch in Edmeston on May 23.

Dennis D. Gelatt, 31, was taken into custody when Otsego and Madison county sheriff’s deputies executed a search warrant at a Madison County home.