ONEONTA – NYSEG is scheduled to perform emergency transformer repairs this afternoon on Market Street, shutting off power to the south side of Main Street from Grand Street to the Otsego County Office Building, and the entirety of South Main Street, according to a message sent by City Hall.

END_OF_DOCUMENT_TOKEN_TO_BE_REPLACED 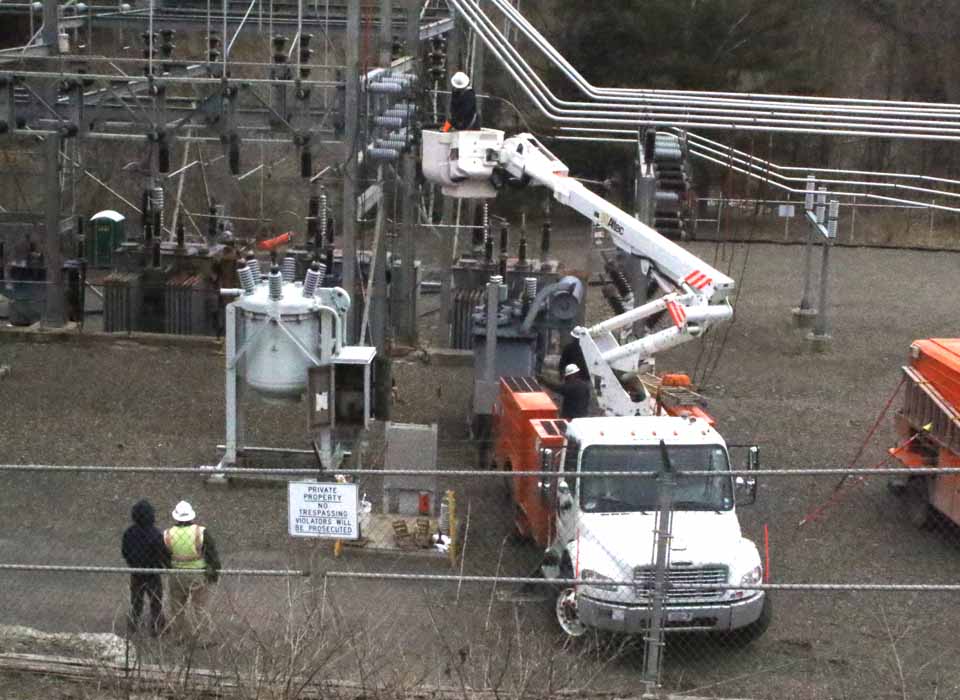 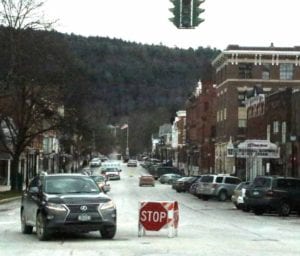 As temperatures began to plummet late this morning, a widespread power outage occurred, turning off the heat to 6,500 homes – a quarter of the properties in Otsego County – between NYSEG’s Goodyear Lake dam and up Route 28 to a half-dozen miles beyond Cooperstown.  A team of four NYSEG linemen worked at dam’s  power station throughout the afternoon, restoring electricity to the Milford Center area shortly after 3 and, finally, to Cooperstown shortly after 4.  A stop sign was jerry-rigged at Main and Chestnut in Cooperstown (inset photo at right), and sheriff’s deputies directed traffic at Cooperstown Commons and downtown Milford.  (Jim Kevlin/AllOTSEGO.com)

Out Power To Downtown, Bassett

COOPERSTOWN – Truck hit a power pole at the end of Beaver and Fair Streets this morning, knocking out power to some homes and businesses along Main Street, and resulting in Bassett Hospital converting to generator power for less than two hours.