OTSEGO — Hundreds gathered outside the Susquehanna SPCA’s new facility in Cooperstown for a ribbon cutting ceremony Saturday, July 17, which they say would help better service the needs of animals who are homeless and in need of caring adoptees.

In spite of the humidity — one young woman apparently fainted during remarks from State Sen. Peter Oberacker, R-Maryland — the crowd was lively and enthusiastic, some bringing their own dogs to the ceremony.

Stacie Haynes, who as executive director has been at the forefront of this whole project, told the crowd this has been her “dream job” and joked she “hasn’t been home since.”

“I’m a dreamer and optimistic by nature,” Haynes said, but never imagined she’d be “standing on a multi-million dollar campus.”

Haynes thanked the “Shelter Us” capital campaign, which was largely responsible for raising the money necessary to build and open the facility, calling them an “all-star group.”

The Shelter Us Capital Campaign was able to secure a grant from the New York State Animal Capital Fund from the Department of Agriculture and Markets in order to move the facility to state Route 28 near Cooperstown.

END_OF_DOCUMENT_TOKEN_TO_BE_REPLACED 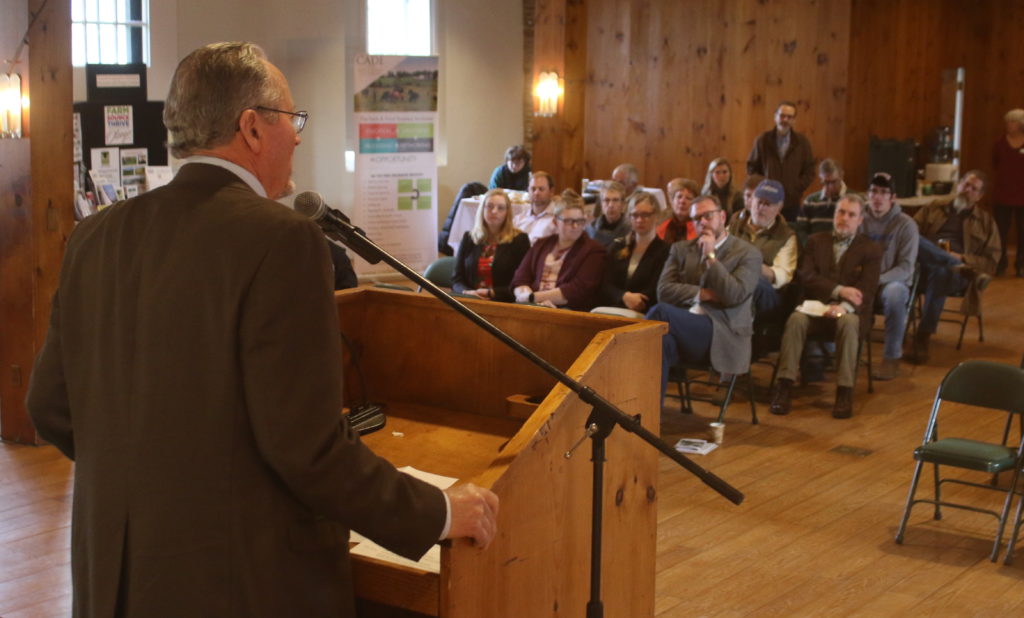 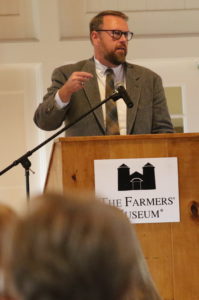 Labor, dairy and trade are his biggest concerns, Richard Ball, state Ag & Markets commissioner, told The Farmers’ Museum sixth annual Celebration of Our Agricultural Community this morning in the Louis C. Jones Center.  “In the old days, farmers only had to think about their cows and their towns,” said Ball.  “Now, they have to consider the value of our currency, what is China doing, what is happening in Washington, or if New Zealand had a good year. Trade effects our local farmers now more than ever.” He urged farmers to make themselves and their concerns known to their legislators, because representation of farmers has been on the decline. “They need to know who you are and that you are involved in agriculture.”  Keynote speaker Dr. Jason Evans, inset right,  SUNY Cobleskill, described farmers’ adoption of new technologies: “When industry is worried about not having enough labor, they mechanize. Agriculture adapts faster than any other area to advancing technology. We need to get properly scaled technological advancements to our small and medium farms.” (Ian Austin/AllOTSEGO.com

Ball was invited by Lecturer in Business Scott Schwartz, after the two met recently at Schoharie County Family Farm Day.  Ball is not only the state’s agriculture commissioner, but also a farmer and businessman.

END_OF_DOCUMENT_TOKEN_TO_BE_REPLACED

AG Chief:  NY Needs To Be