Does Taiwan's Military Stand a Chance Against China? Few Think So

Sudan Coup Draws Thousands to the Streets in Protest

END_OF_DOCUMENT_TOKEN_TO_BE_REPLACED 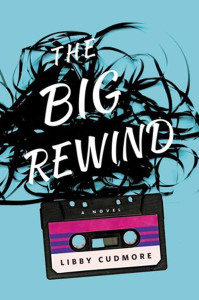 Editor’s Note:  This is a review by Charles Finch published today by  USA Today, the nation’s largest newspaper, of AllOTSEGO.com reporter Libby Cudmore’s “The Big Rewind.”  He gave the novel three out of four stars.

A hipster cozy! That’s a pretty irresistible idea, and Libby Cudmore’s debut novel delivers on it — her broke Brooklynite heroine, Jett, moves in a world of impeccably cool vegans, wine drunk out of Pokémonglasses, and Psychedelic Furs songs, all the while, in the most hipster gesture of all, disdaining her fellow hipsters.

The author’s anatomization of this milieu is a joy, funny, precise, and self-deprecating; the story at play, beginning with Jett’s discovery of her neighbor’s corpse and hinging on a mysterious mixtape, is a little shakier, unfortunately.

END_OF_DOCUMENT_TOKEN_TO_BE_REPLACED

All.OTSEGO.com reporter Libby Cubmore’s mystery novel, “The Big Rewind,” to be published in February, has received its first review, in Kirkus, and it’s a positive one:  “The clues to a Brooklyn murder unspool on a mixtape in what might be a new mystery subgenre – the hipster cozy.    The review hopes the mystery, to be published by William Morrow in February, “inspire more than one playlist and, hopefully, a sequel.”