Town of Middlefield Historical Association hosts the town’s Community Day on Sunday, July 10, from 10 a.m. until 3 p.m. at the Old District No. 1 Schoolhouse in the hamlet of Middlefield.

This year’s Community Day features a vendor extravaganza with talented artisans exhibiting a variety of media ranging from art works to woodworking products made on site, handmade children’s clothing to locally collected products like honey and wax items to maple syrup. There will be activities such as face painting for the children.

The town’s historical schoolhouse will be open to the public, with featured displays downstairs and a self-guided tour through the upstairs museum. The Old School Gift Shop will also be open all day.

The day includes a non-denominational church service to be offered outdoors at 10:30 a.m.  The Tickled Pink food truck and Triple K’s Kandy will be on hand, along with music by Sarah & John and a Lucky Draw Auction table to take a chance on an item donated by the local crafters.   All auction proceeds will benefit the Historical Association.

Private yard sales are also going on throughout the day so make sure to take a ride around the Middlefield Hamlet to find that treasured item.

This family friendly event is free and open to the public.

With Spring Comes The Next Generation

Currently, deputy Bud Taber is filling the role on a temporary basis, but former Town Supervisor Joseph Harris may be appointed by the Town Board during their meeting on Tuesday, having volunteered after hearing of Heller’s resignation.

END_OF_DOCUMENT_TOKEN_TO_BE_REPLACED

Annual Trash Day Packed, With Waits Up To 90 Minutes

Due To Crush, Drop-Off Extended

Until All Served At Meadows Complex

MIDDLEFIELD – “A record,” Erik Scrivener, the senior county planner, called out as he directed drivers, some who had been lined up this morning for 90 minutes, to their final destination:  the annual Hazardous Household Waste Day at the county’s Meadows Office Complex.

By 9 a.m., probably sooner, traffic was backed up ¾-miles out the access road leading to the Meadows (and county jail) and all the way north on Route 33 to Route 11C.  Drivers reported waiting an hour, an hour and 15 minutes, even 90 minutes to access the free disposal service,  staffed by volunteers and county staff.  Everything from used paint, to e-waste, to leftover prescriptions was being processed.

END_OF_DOCUMENT_TOKEN_TO_BE_REPLACED

In Place At Meadows 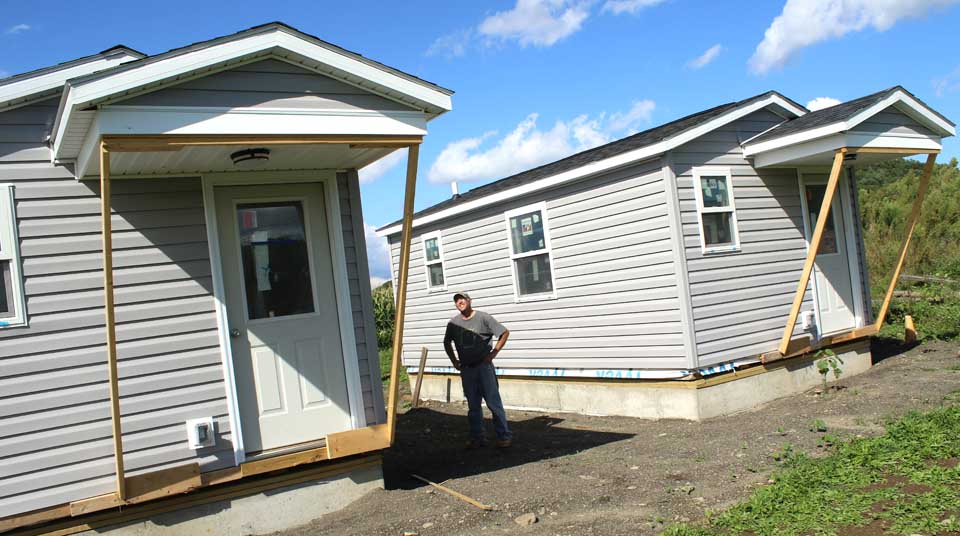 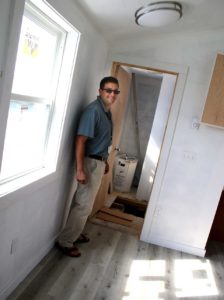 Brian Wilcox, of Wilcox Construction Co., Norwich, top, examines the first two of 15 “tiny homes” behind the county’s Meadows Office Complex, Town of Middlefield. The small structures are a county Board of Representatives’ initiative to provide temporary housing for the county’s homeless. Inset, Senior County Planner Erik Scrivener examines the space in one of the structures where the bathroom will be located. The bathroom will be equipped with a fully functioning shower with either frameless shower doors or perhaps a shower curtain, as well as toilet and vanity. The bathroom will be made so that it is totally private for each resident so that they have their own privacy and can use the bathroom as and when they please. There will also be a small kitchen so residents can prepare food and make meals as and when they need to as well as having secure sleeping arrangements and space to place personal belongings.

The small homes are designed by Mike Steiger, Smsa Architectural Services, Cassville, and are being built by SUNY Delhi construction students at the Delaware County campus, then transported here. Under construction on site is a community center, and plans are to power the complex, to the degree possible, with geothermal and solar powers, according to County Planning Director Karen Sullivan. These tiny homes and the community developments are going to create a great sense of community for all and allow people to give back to their communities. Hopefully, the rest of the tiny homes will be constructed soon enough so that more people in need of a home can move in and turn over a new leaf. (Jim Kevlin/AllOTSEGO.com)

Democrats Off To Races In Otsego, Middlefield

Democrats Off To Races

COOPERSTOWN – Democrats in the two towns that serve the Village of Cooperstown – Otsego and Middlefield – were fast out of the gate this morning as the county Board of Elections began accepting petitions at 9 a.m. for the Nov. 5 elections.

In the Town of Otsego (including Cooperstown west of the Susquehanna, incumbent Supervisor Meg Kiernan filed to run again, and two newcomers submitted petitions for Town Board seats:  Suzanne Johnson and Matthew Zwissler.

END_OF_DOCUMENT_TOKEN_TO_BE_REPLACED 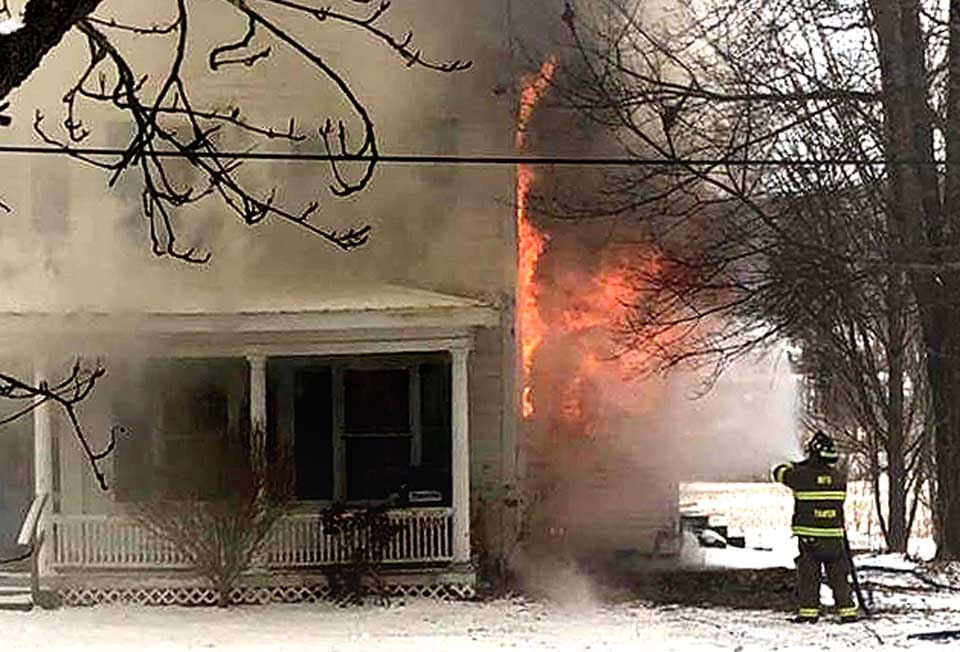 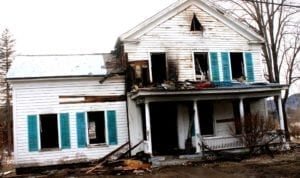 Retired Here From Staten Island In 1993

MIDDLEFIELD – Josephine Rosalie Martucci, who retired to Middlefield from Staten Island in 1993, passed away Sunday, March 11, 2018, with her children by her side.

Josephine married Anthony Martucci in 1951. They shared 61 years of marriage.

A graduate of New Dorp High School on Staten Island, Josephine was employed by Chin & Lee Chow Mein Co. in Manhattan until beginning a family. As her children grew up, she worked various jobs until retiring as a school bus matron on the bus her husband drove. In 1993, they moved to Middlefield.

END_OF_DOCUMENT_TOKEN_TO_BE_REPLACED

COOPERSTOWN – Eleanor V. Bronner, 88, who with her husband trained harness horses on their Ricetown Road property in the Town of Middlefield, died Saturday evening, March 3, surrounded by her loving family.

Born Aug. 4, 1929, and raised in The Bronx, she was the daughter of Leslie and Alma (Becker) Lyle. Although raised in the city, Eleanor adored the country and nature. She married Charles Bronner on July 4, 1968, in Middlefield. Following her move to this area, she adopted rural life and became an avid and daily walker, observing nature in all its detail and glory.

END_OF_DOCUMENT_TOKEN_TO_BE_REPLACED

Are Present In Vicinity 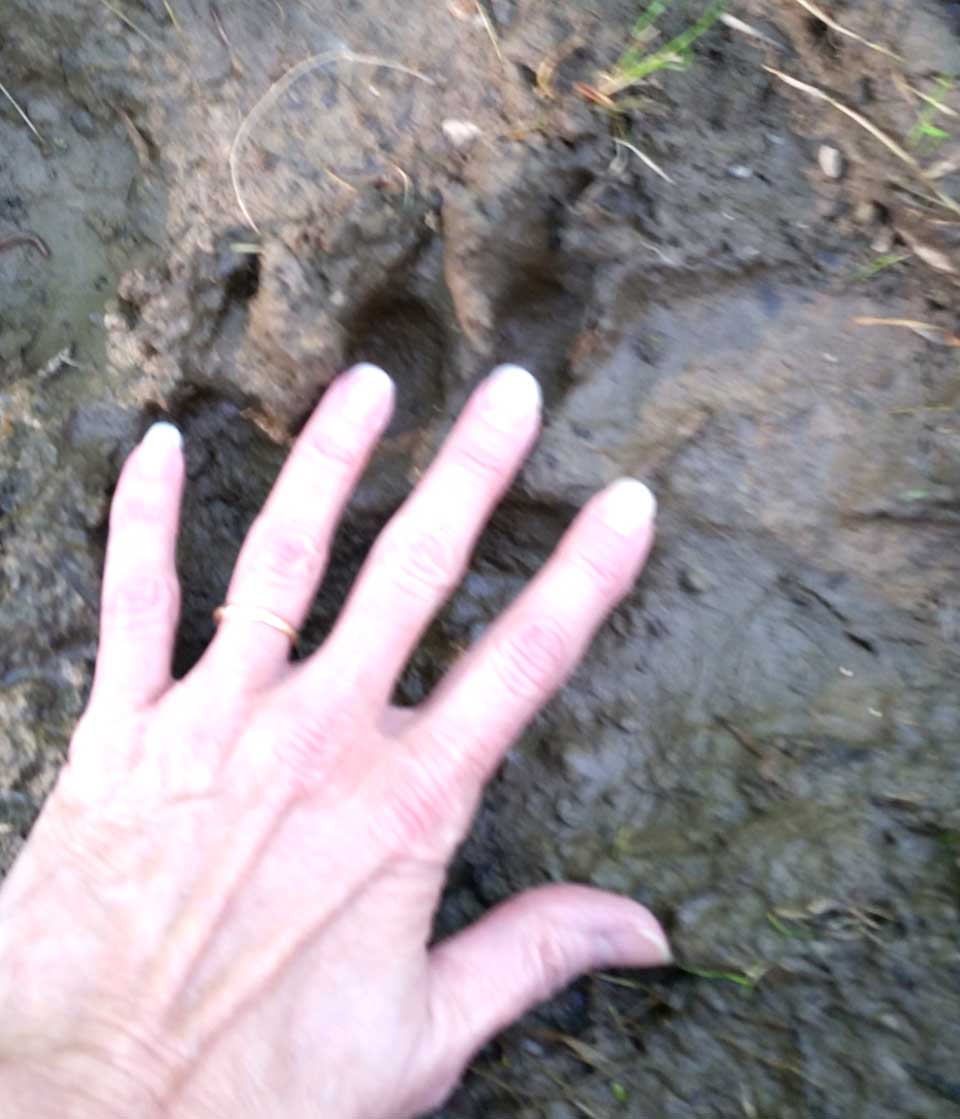 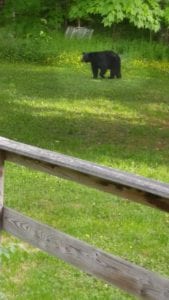 Donna Nilsen-Hall sent along this photo of a bear paw print she spotted Wednesday, May 24, off Springfield Hill Road, the road that cuts across from Middlefield Center to Glimmerglass State Park.  The photo at right of a bear, she said, is from a video taken in the same vicinity last year.   Springfield Hill is 5-6 miles north along the ridge from Lakeview Lodge, where the day before owner Brigitte Priem saw that bear on her veranda overlooking Otsego Lake.  Both sightings are in the Town of Middlefield.  If you see evidence of a bear in that neighborhood (or elsewhere in Otsego County), send a photo along.

Lifetime Of Service To County

Editor’s Note: This is the fourth of seven profiles, one each on the seven new members of the Otsego County Board of Representatives elected Nov. 3, that will be posted each Wednesday afternoon up until they take office Jan. 1. Next week, Andrew Marietta, District 8  (Town of Otsego, including Cooperstown west of the Susquehanna).

COOPERSTOWN – Dave Morris, one of David Bliss’ fellow realtors with Hubbell’s Real Estate, remembers when Morris’ daughters were growing up and riding horses, and he would buy hay from Bliss’ father, Claude. 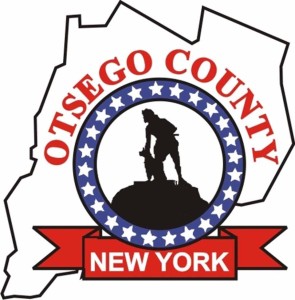 The truck would pull up, and David Bliss and his older brother Tim would toss heavy bales of hay into Morris’ barn, one after another, until the loft was filled.    When football practice began in August, other players might drag as they got into shape, but the Bliss boys were always in peak condition, Morris recalled.

Farming and youth sports are still big parts of Dave Bliss’ life.  “I sell real estate to support my farming habit,” he joked the other day.   He went back into the family business after graduating from SUNY Oneonta – he played basketball there briefly – and teaching for a couple of years.

And he went from player to coach, helping out with CCS boys’ basketball for a while in the 1990s and coaching American Legion baseball in the summers.  He coached a CCS girls’ softball team to the sectional finals at Lemoyne a few years ago, among the activities that won him the Clark Sports Center’s coveted Fetterman Award for service to youth in 2013.

Another aspect of his life has been serving in local government.   Following in his father’s footsteps – Claude Bliss, who passed away in 1995, was on the town board when Middlefield adopted zoning, and served as highway superintendent for a period – Dave joined the town Zoning Board of Appeals in 1973.  Then, after two years on the town board, was elected town supervisor.