Fred Hickein wanted to make sure his heirloom muskets stayed in good hands, so the 93-year-old Oneonta resident made a major donation to the Greater Historical Society of Oneonta on Wednesday, April 21.

Hickein and his wife, Eleanor, and several of his colleagues from the Oneonta American Legion Post 259, presented GOHS with two family treasures Wednesday,: an English smooth bore rifle, circa 1800, which Hickein believes was brought to the area by an ancestor of his, Solomon Yager; and a Civil War training musket owned and used by another relative, Edward Brewer.

An Oneonta High School and Hartwick College graduate and a Navy veteran, who served in both World War II and Korea, although never overseas or at sea, Hickein said he wanted the heirlooms to be in good hands and he trusted GOHS to honor his family’s history.

“I wanted to do it before I died,” he said. “I wanted to make sure they were in a good place.”

GOHS Executive Director Marcela Micucci said the group’s history center at 181 Main St. will soon have a permanent display and it will include one or both of the musket donations.

END_OF_DOCUMENT_TOKEN_TO_BE_REPLACED 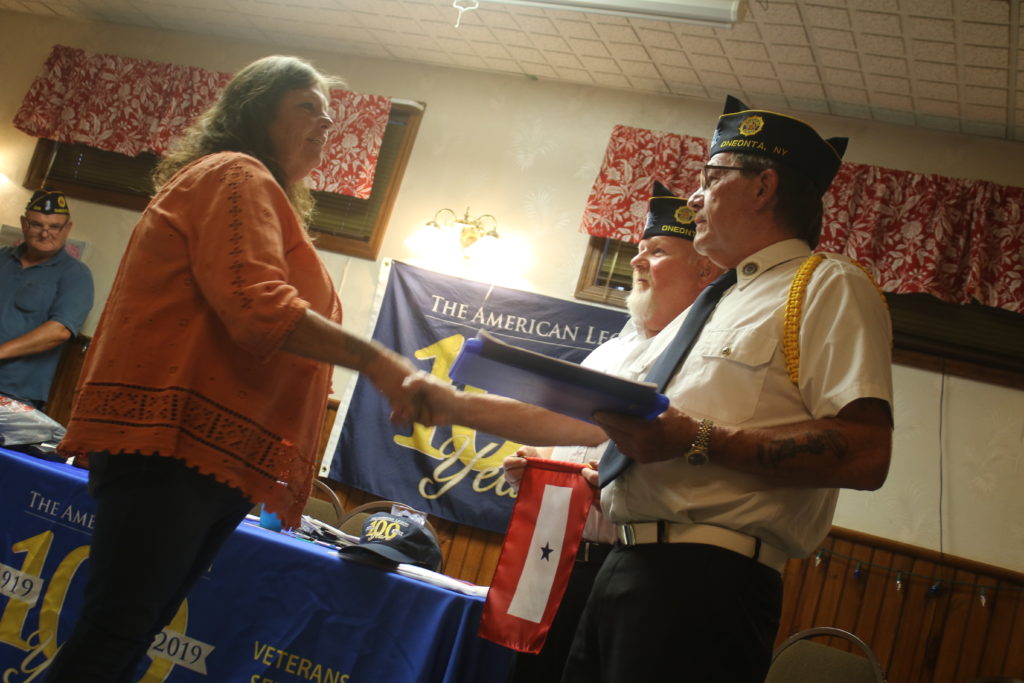 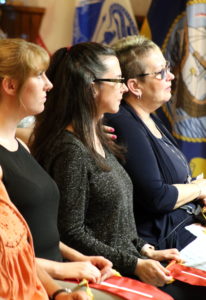 and The Freeman’s Journal, On Newsstands Wednesday