In ‘Lights For Liberty’ Vigil 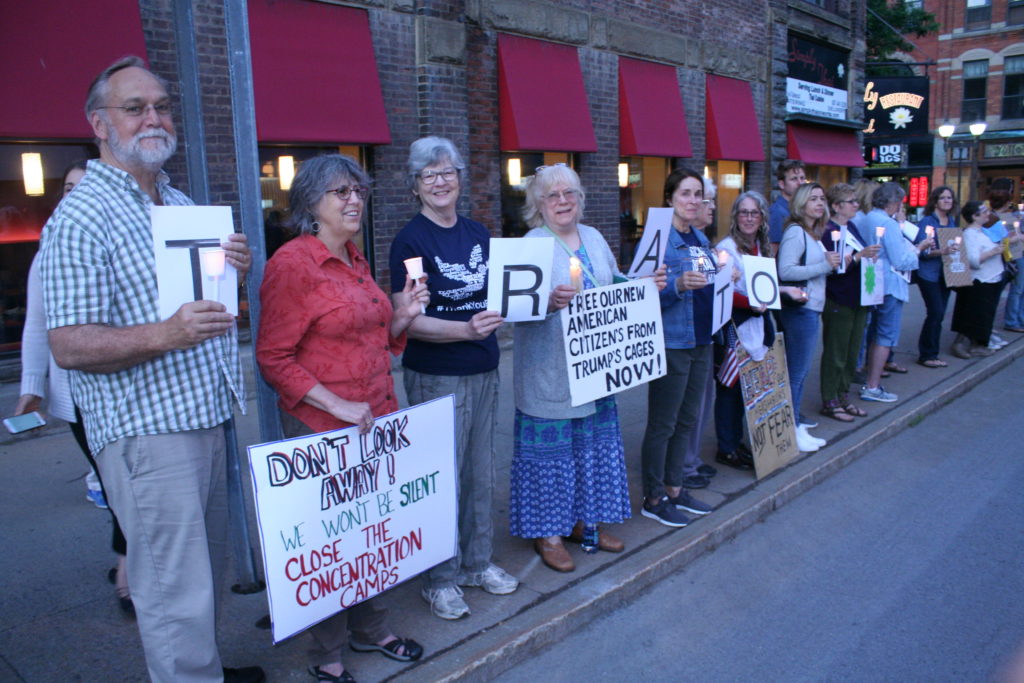 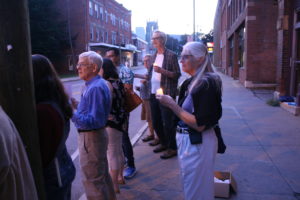 Joining the nationwide “Lights for Liberty: A Vigil to End Human Detention Camps,” nearly three dozen people – Mark Drnek, left, among them – lining Oneonta’s Dietz Street Friday evening near the corner with Main, singing “This Land Is Your Land,” with cars honking in approval as they drove by. They held candles, signs and letters spelling out “End Concentration Camps.”  Inset, Katie Boardman of Cooperstown, right, helped organize the vigil because “children cannot be in cages.”  John Maier, center in the plaid shirt, came to the vigil from Treadwell.  “I can’t believe there are concentration camps in the U.S. in my lifetime,” he said.  (Jennifer Hill/AllOTSEGO.com)