10th Anniversary Of Her Death 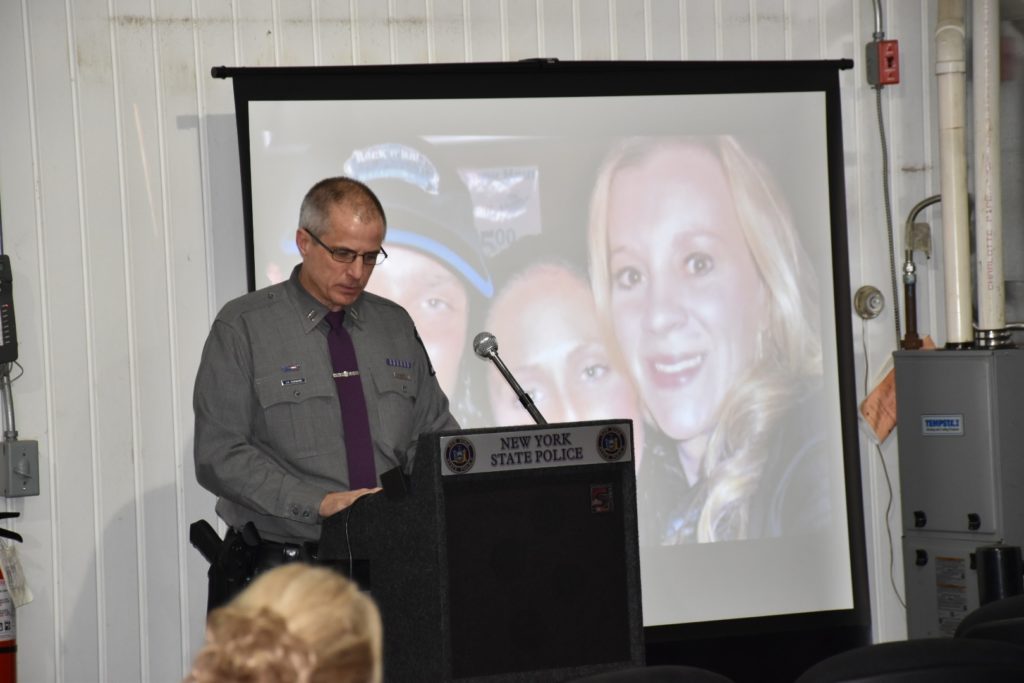 State Police Captain Jeffrey A. Dorward, Troop C, memorializes Trooper Jill Mattice on the 10th anniversary of her death during a memorial service held today at the Troop C barracks. Mattice, then 31, was killed on State Route 23 in the Town of Morris, Otsego County on Jan. 20, 2010, as a result of a motor vehicle collision when her vehicle sideswiped an oncoming tractor trailer. A State Trooper since 2003, she was assigned at SP Oneonta as a School Resource Officer for the Unadilla Valley Central and Franklin School Districts. The memorial service, which included a wreath-laying ceremony, was attended by family members, Oneonta Police, Otsego County Sheriff’s deputies and members of Troop D who had served alongside Jill. (Photo courtesy of Trooper Aga Dembinska)