The President, who has presented different messages on race when playing to different audiences, detailed the proposal during an Atlanta event 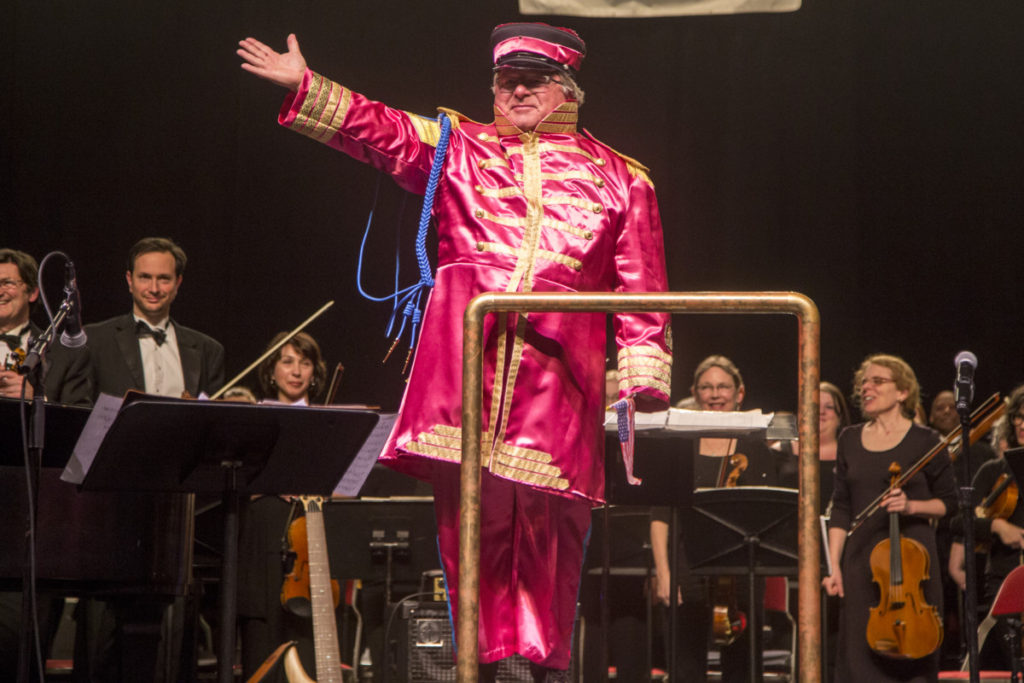 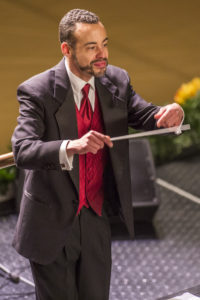 ONEONTA – In a night of wonderful music and plenty of laughter, the Catskill Symphony Orchestra welcomed three guest conductors to the stage as part of their annual fund-raising event at SUNY Oneonta’s Alumni Field House.

Jim Havener, Sarah Manchester, and Craig Van Cott all took to the conductor’s stand to try their hand at conducting an orchestra.

But it was Van Cott’s Sgt. Pepper’s style get-up and light hearted monologue that won the crowd over, leading to Van Cott, pictured above, being named the 2018 Guest Conductor for the Symphony Orchestra. Waving a small American flag as he triumphantly conducted the orchestra, Van Cott’s personality matched the color and enthusiasm of his suit.

Overall, the orchestra raised $42,991, a new record, according to Board Chair Diane Williams. Pictured at right, Oneonta’s Lee Wright conducts the orchestra during its opening number at the beginning of the event.