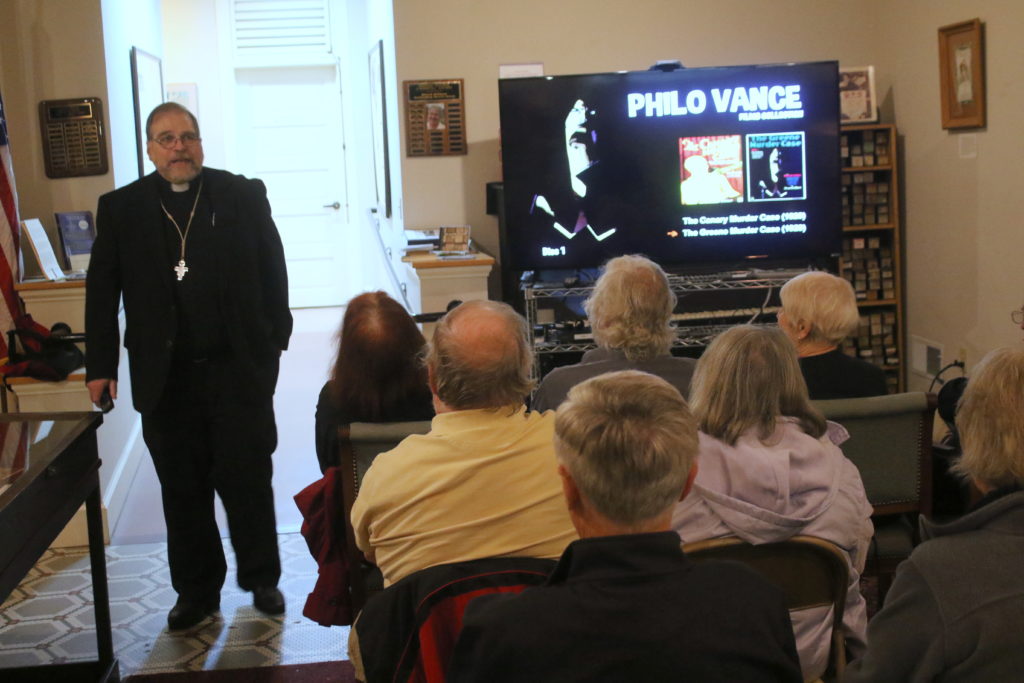 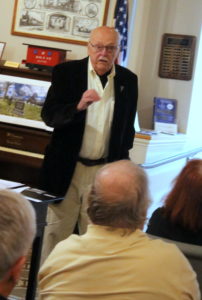 Fr. Kenneth Hunter welcomes viewers to the opening night of the Philo Vance film series at GOHS with a showing of “The Green Murder Case” from 1921. The film features William Powell (of ‘The Thin Man’ fame) during a turning point in his career, as Philo Vance. The film was also the first detective movie to feature audio dialogue as pictures moved away from the silent film era. Paul Jensen, right, a retired professor, was on hand to give a little background on Powell’s career before the start of the film. After reading an article in a Hometown Oneonta article about the local house owned by S.S. Van Dine, the creator of Philo Vance, Fr. Hunter felt inspired to create the film series to introduce more locals to this famous local author. The next film will be Tuesday, Oct 22, followed by third Oct 29.(Ian Austin/AllOTSEGO.com)