Out Of ‘Ninja Warrior’

For Now, He May Try Again 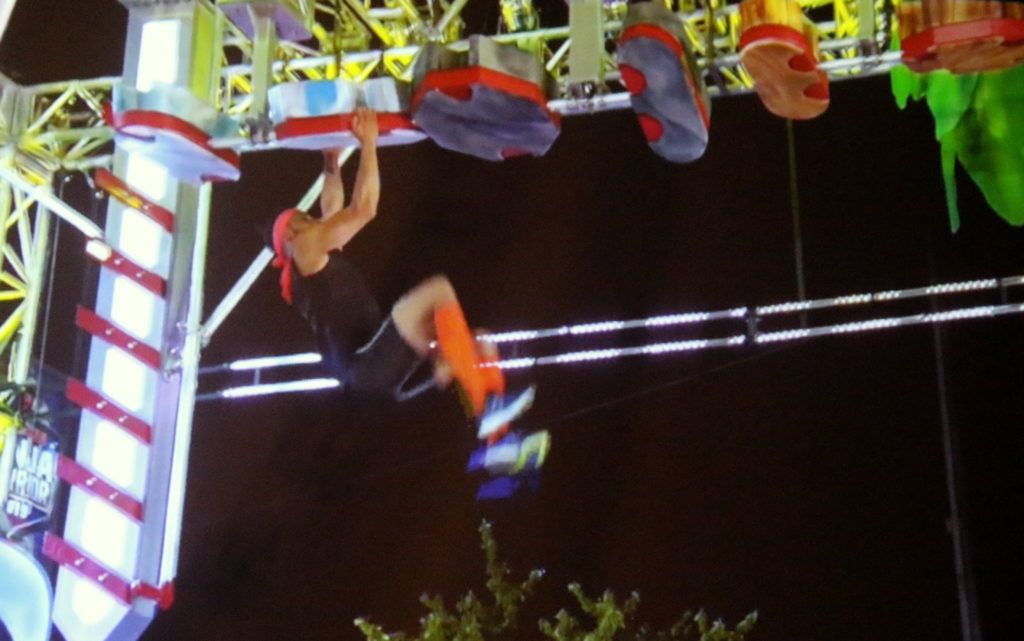 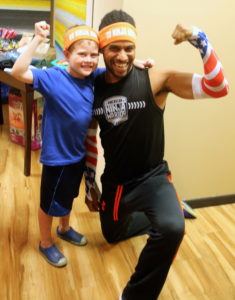 It was the Angry Birds that bested all of the contestants on this evening’s episode of Ninja Warrior, including Oneonta’s own Anthony Eardley. The obstacle, seen above, is the second to last on the course, and is styled  to promote the upcoming movie Angry Birds 2. Leaping to a platform that rotated while also unable to see the handholds on it proved too challenging for Eardley and all of his fellow contestants despite a strong and confident run on the course. Eardley finished in 16th place, just missing out of the top 13 who advance to the next round in Las Vegas. But,  Oneonta’s ninja is far from out. He has his sights on competing in the Florida Ninja League on August 24 and Ultimate Backyard Warrior on Labor Day Weekend. Following the show at Foothills, Eardley took time to talk with fans and pose for pictures, like this one with Camden Hill, 5, Cooperstown, who is already training to be a ninja himself.  To watch the episode click here (Ian Austin/AllOTSEGO.com)