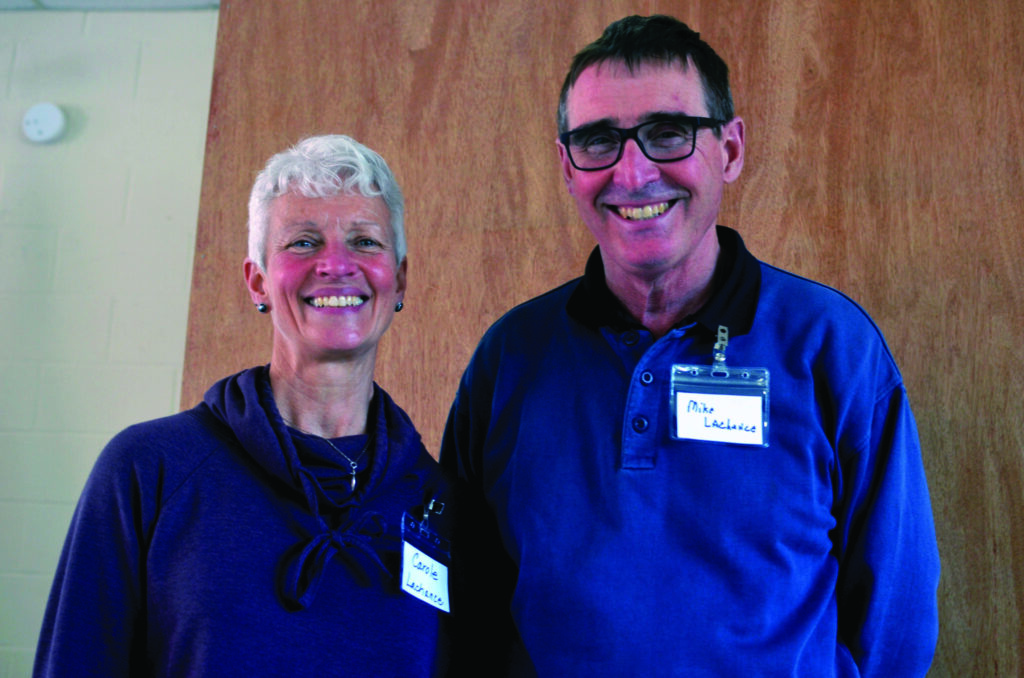 Carol Lachance and Mike Lachance were presented with an “Outstanding Seniors of the Community” recognition from the Office of the Aging in an award announced Monday, May 3.

“It is truly an honor and very much a surprise,” Carol said.

The Lachances run the Cooperstown Senior Community Center in the recreation center of St. Mary’s Roman Catholic Church at 31 Elm St. in Cooperstown. Mike said that he didn’t really expect the award, but he wants to use it to promote the senior center.

“Seniors want to feel that somebody cares about them,” Mike said. “It really revives them.”

COVID-19 has affected everybody, but no group has been as impacted like senior citizens. The pandemic has affected the senior population disproportionately compared to other age groups with 85% of deaths occurring to those 65 or older, according to 2020 statistics from the New York Department of Health.

The center has been taking steps to help seniors affected by the pandemic, including those dealing with increased social isolation.

The center was closed because of COVID, but reopened April 6, and averages around 30 visitors a day, according to the Lachances. The center offers low impact exercise classes, has a mahjong table and includes a drawing and painting activity.

“You all make it super easy. You participate. You come,” Carol said to the seniors who sat around the church building, playing mahjong and painting Thursday, May 6.

The Lachances said they created a survey and found that social isolation and getting out and meeting other seniors was a struggle for many.

“It was important for them to have a place to come to,” Carol said. “It shows that there is a need for the senior center.”

Bruce Testa, a retired art teacher, shares his talent of painting with the other seniors at the community center.

“I love painting and I love to help people,” Testa said.

Testa, who owns the Family Tree Gallery, has about five students now and feels that what he does is important for the health of the seniors.

The Lachances said they print 290 copies of their newsletter, the Senior Scoop, in an effort to get the word out about the center.

Presentations are scheduled each month, with Ellen Pope of Otsego 2000 speaking Thursday, May 13. Joshua Ives, a photographer in the military, will also be sharing his photography of Afghanistan and talking about his experiences.

Previous presenters have included a Homeland Security representative teaching seniors how to use a fire extinguisher and a self-defense class taught by Diana Nicols.

Regularly featured presentations include Live Strong, which is an exercise program designed for standing and sitting.

Cooperstown is a community that has an aging population, the Lachances said, and they believe that people recognize the need for seniors to be supported, especially during COVID.

The biggest issue with the senior center is lack of transportation among a segment of the seniors. Carol said it was “like dangling a carrot from a horse’s nose.”

But the Lachances have restarted the Otsego County Council of Senior Citizens, which was closed in the 1970s. They have aspirations of starting another senior center down south, possibly in Oneonta, they said.

Carol said she encourages anybody interested in volunteering to come to the center and share their talents.