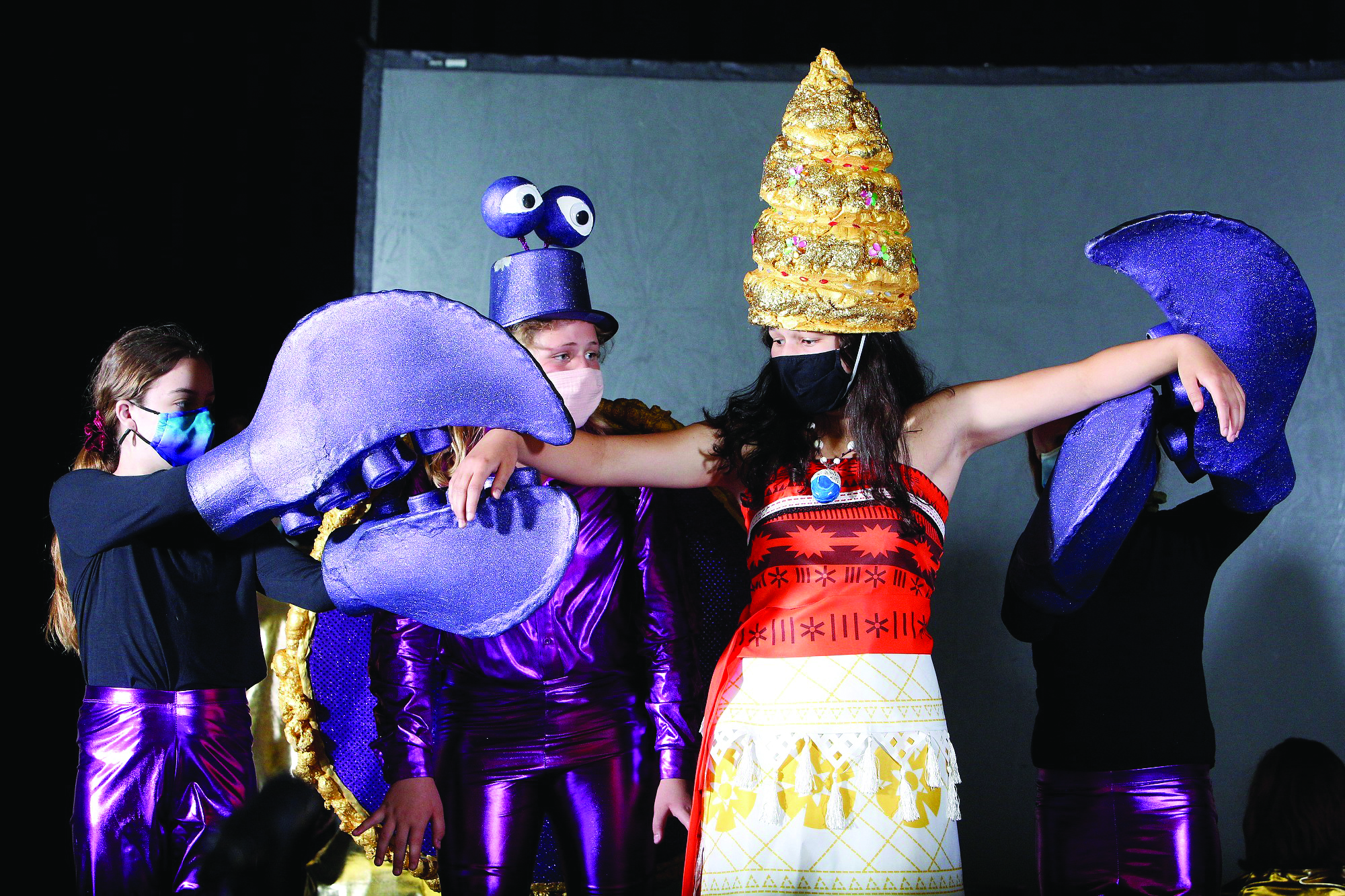 Curtain’s up again on
live theater in the region

ONEONTA — It has been a dark time for theater in Otsego County.

In 2020, the Glimmerglass Festival and Fenimore Art Museum each canceled its summer performance seasons because of the coronavirus pandemic.

High schools and both Oneonta colleges experimented with streaming virtual theater, performed live without an audience. Local troupes such as the Catskill Puppet Theater and Orpheus Theatre cancelled shows, while Stuff of Dreams Productions pre-recorded performances for later broadcast.

This summer, stage by stage, the lights are back on and theaters are reopening — albeit with some modifications for COVID safety. Theaters have been operating at 33% capacity, with mask requirements in place, but that will change going forward, with an easing of most pandemic requirements from the state.

“The hardest part of all this has been knowing what the regulations are, being aware when they change,” Doyle said. “The local, state and federal governments have not been sending a unified message for a long time.”

Foothills had two small performances in the past month, a puppet show and a youth recital, as a way of easing back into business. The first big show starts Friday, June 19, when Orpheus Theatre opens its production of “Moana, Jr.,” on Foothills’ Bettiol Stage. The show, an hour-long musical adaptation of the 2016 Disney animated film, will be performed by Orpheus’ Starstruck Players, a children’s’ theater program, with a cast of twenty-five kids ages 8 to 18.

On Monday, June 14, during a full run-through of the show, there was an exuberant energy visible on stage, with moments of chaos that resolved into dance numbers. Even with masks on, it appeared that many of the cast members were smiling as they performed.

Afterwards, the actors tried on their villager costumes and assembled at the front of the stage for a review. Production manager Kate Simeon took notes on needed alterations while cast members serenaded her with songs from Frozen Jr., the last show the group performed, in January 2020.

Director Sarah Lynn Serafin sat back to examine the line-up. “This is a disaster,” said Serafin, who has been director of youth programming for Orpheus since 2010 and is prone to hyperbole.

“There’s too much beige.” After consultation, she decided to raid Orpheus’ costume warehouse for more colorful material.

That night, Serafin answered questions from her car after a late trip to the storage facility. “In November, when we started this process, we assumed that we would be streaming it. And it was only a month or two ago that we decided that we would go live,” she said.

“You know how people just haven’t gone anywhere. They haven’t done things for so long,” Serafin said. “When you’re sitting and watching live theater … there’s so much more excitement because audiences feed off the performers, performers feed off the audience. You know, it’s a give and take relationship when you’re in a live theater environment, that can’t be reproduced anywhere else.”

Aly Erario, 18, a senior at Oneonta High School, has been in Orpheus shows since she was 10. She played the lead role of Elsa in “Frozen” last year. In a climactic moment, she stood at the top of her ice castle. When the lights cut out, she yanked off her cape; by the time the spotlight returned, moments later, she had transformed from princess to queen. Standing at the edge of the stage, the rest of the cast arrayed behind her, they sang “we’re never going back! The past is in the past!” And then the stage went dark.

That line now seems prophetic. Erario’s next three plays were called off. “Everyone talks about how great your senior year is, and how it’s the best year of your life. And you know, most of it was cancelled because of the pandemic,” she said. As things start to reopen, “honestly any social interaction that I can get, it’s amazing, because we’ve been in isolation for so long.”

Last month, Erario had a lead role in the OHS musical “Little Women.” Her parents watched it live — every cast member was allowed two guests — but the rest of the audience was virtual.

She said she’s grateful her final Orpheus show will have people watching. “It’s really nice when you have a live audience because you get the laughing and the cheering, just everything, even the littlest sounds like somebody’s bustling in their seat, you know, it’s just people being there,” Erario said.

As the last actors left the building, many called out cheerful goodnights to the directors.

Doing theatre, Serafin said “is so much more than just putting up a show. I mean, you have to think about what are they experiencing, in school, in life and everything else. And so … you really want to make it a safe space, a home, if you will, for the children.”

“I was weeping through a lot of tonight’s rehearsal,” Serafin admitted. “Yeah, I cried on a Monday, and usually it takes me until performance until I really feel it. It means that this show is going to be amazing.”

After a year of dark theatres and streaming plays, local theatre and music companies return to the stage. Here is a list of upcoming performances:

The Visionary:
“Warriors”
This experimental dance and music performance is one of a series of monthly shows at the collaborative arts venue. In August, they will perform an experimental opera based on Ursula LeGuin’s anarchist sci-fi novel The Dispossessed, and an audience-interactive comedy in September.
July 3, at 8 p.m. at The Visionary in Mount Vision.
Go to www.eventbrite.com/e/warriors-tickets-150987099479.

Glimmer Globe Theatre:
“The Complete Works of William Shakespeare (abridged)” by Adam Long, Daniel Singer and Jess Winfield. This relentless farce combines all 37 of the bards plays (and sonnets!) into 100 minutes.
July 14 to Aug. 18: Wednesdays, Thursdays and some Fridays at 7 p.m.
on Fenimore Art Museum’s back lawn, Cooperstown.
Go to www.shakespeareabridged.eventbrite.com.

Glimmerglass Festival:
Six different operas and musical theater shows performed. The first two shows are “Mozart’s The Magic Flute” and “To The World,” a revue of popular musical theater hits. This summer the opera is performing outside, with tickets sold in blocks of four for social distancing.
July 15 to Aug. 17, on the Glimmerglass lawn in Cooperstown.
www.glimmerglass.org/packages/

Catskill Puppet Theater:
“The Villain’s Moustache.” This puppet show is a musical melodrama appropriate for children and adult audiences. Aug. 8, at West Kortwright Center in Delaware County.
Go to www.facebook.com/Catskill-Puppet-Theater-952504898118196/.