Uganda accuses US of trying to 'subvert elections' after ambassador blocked from visiting Wine's home: report

Barr ‘not surprised’ to see violence at Capitol, says it cannot be tolerated

Final days: How Trump turned on Barr and embraced the ‘crazy’ Powell

Live Updates: Acting Secretary of Defense weighs in on concerns of insider threat to Biden's inauguration

As it happens, both AllOTSEGO.life stories in this week’s newspaper – it’s rechristened for this one week only as AllOTSEGO.heritage  – explore two surprising pieces of our county’s history. Too little known, not to our local historians, listed in the box at right, but to most of the rest of us. 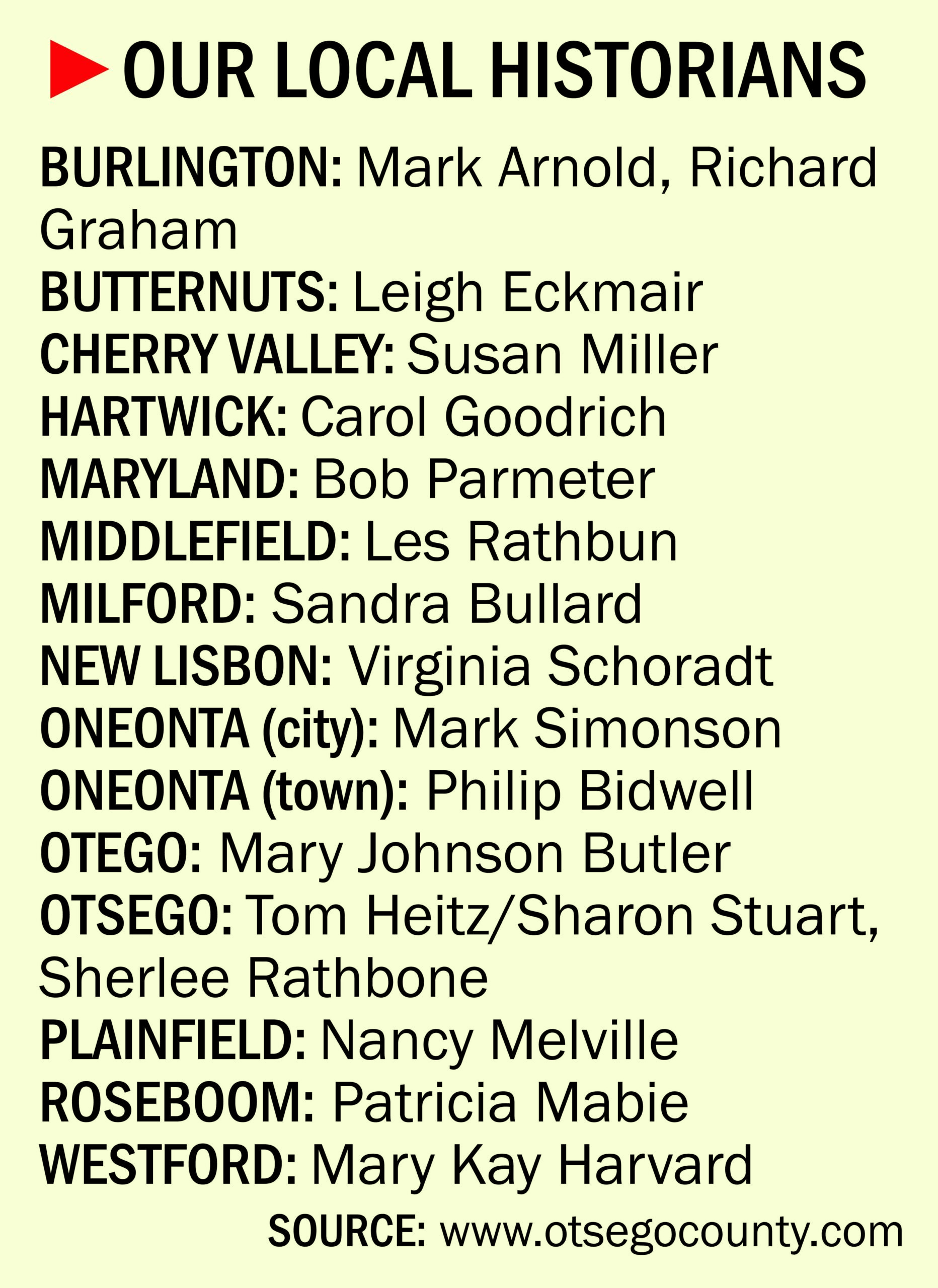 Also this week, our county’s Heritage Businesses trumpet their longevity and success in twice-annual specialty pages, a favorite staple among readers, longtime and not.

The first story is an interview with retired farmer Jim Mayne, some of whose vintage tools are on display at the Edmeston Museum. His collection includes an 1845 hammer from South New Berlin, the first such tool – yes, Numero Uno – protected by the U.S. Patent Office.

The second features Richfield Springs native Norman Colman (or Coleman), a 19th century promoter of Agricultural Experiment Stations and the first USDA commissioner. A historical marker in his honor is being unveiled Sunday, Nov. 1, in Greenville, Ind., where he was Floyd County Seminary principal for a couple of years.

Few people, you can be sure, have heard about the hammer. And outside of the very good Richfield Springs Historical Association’s experts, few countywide are aware of Colman’s historical stature.
•
There’s considerable scholarship at the local and national level surrounding the National Baseball Hall of Fame and James Fenimore Cooper, and that’s no surprise.

The first is a national landmark, a repository of national aspirations and self-definition. The novelist, somewhat out of favor in the U.S., is still internationally celebrated. (The late Henry S.F. Cooper, writing about space for the New Yorker, was to meet with the USSR’s space minister. On arriving, the VIP’s only interest was grilling Henry on “The Last of the Mohicans.”)

Beyond that, things get thin pretty quickly, although local historians have considerable expertise. Gilbertsville Village Historian Leigh Eckmair on pre-Revolutionary settlement of the Butternuts Valley; Milford’s Al Bullard on hops, for instance.

And there are plenty of individuals, unheralded, who have toiled in the vineyards of local history over the years.

Still, the story of Otsego County isn’t being told in an organized way. What’s more, historical tourism – defined as traveling with the primary purpose of exploring the history and heritage of a place – and the money it can generate, isn’t being pursued outside the Hall of Fame, Hyde Hall, and perhaps, the Greater Oneonta Historical Society.
•
OCHA, the Otsego County Historical Society, under Hoboken’s Anna Buell and, then, Hartwick’s Deb MacKenzie, sought to bring local historians together. That’s a resource that can be drawn on.

Still, coming out of the pandemic, we’ll need all the help we can get. Summer tourism will be fine, but the idea of year-’round tourism has continued to elude us.

What better way to bolster the off-season with, say, self-guided tours on the Revolution (featuring the Cherry Valley Massacre and George Washington’s visit to Clinton’s Dam), or black history, (from Cato Freedom’s farm in the Town of Burlington to the Christ Church graveyard in Cooperstown), to the rail sites – the D&H smokestack in Oneonta and the Leatherstocking Historical Railroad Association depot in Milford.
•
Here’s a thought.

The position hasn’t been filled for years, but “Otsego County historian” exists on paper. Putting COVID-19 behind us, how may it be best used to spread knowledge and attract shoulder-season visitors?

You may have heard that Bob Brzozowski, the transformational president, then executive director, of the Greater Oneonta society, is planning to retire at the end of the year.

Perhaps the county board should consider putting him, or someone like him, in charge of a strategic planning group, to consider the potential of the county’s rich local history, and recommend how best to revive the office to accomplish a series of beneficial and prosperity-inducing tasks.

Places have natural resources, and local history is one of ours. Let’s work with it.