Man gets 5 years in prison after carjacking

Tasers for officers to be upgraded

Sale of MLS team to be finalized in coming months

Zoo animals will be vaccinated for Covid

Tornado touches down in New Orleans

Weather While We Can 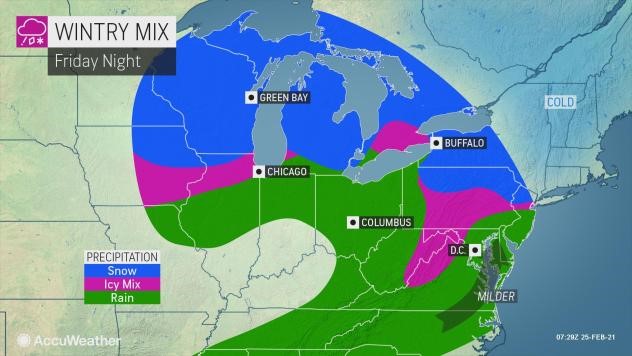 After a cold and snowy February across much of the Northeast, Wednesday and today brought the warmest weather since the middle of January or even the middle of December.

But AccuWeather forecasters say people shouldn’t get too used to the balmy weather, as enough chilly air will settle back into the region to set the stage for wintry precipitation for some as a storm system swings through this weekend.

Around the Northeast, the temperature reached 50 degrees, the highest since Jan. 16 when the high hit 52 in Boston.    In Otsego County, highs were in the 40s.

Following the warmth, a quick-hitting clipper storm traveled along the border of the United States and Canada into Wednesday night, triggering accumulating snow along its path in northern New England. However, the fast-moving system’s primary role will be to drag chillier air southward across the Northeast, beginning tomorrow. The burst of colder air could cause some ice concerns as the next system arrives.

As has been the case with many storms this winter, it will be a two-part system that is projected to affect the region this weekend. The first and colder of the two storms is predicted to roll through Friday night into Saturday.

“Even though Arctic air is not returning to the Northeast until perhaps next week, the chilly air moving in from Thursday to Friday may try to develop some shallow roots in the central Appalachians, the Piedmont and interior New England for a time,” AccuWeather Senior Meteorologist Brett Anderson said.