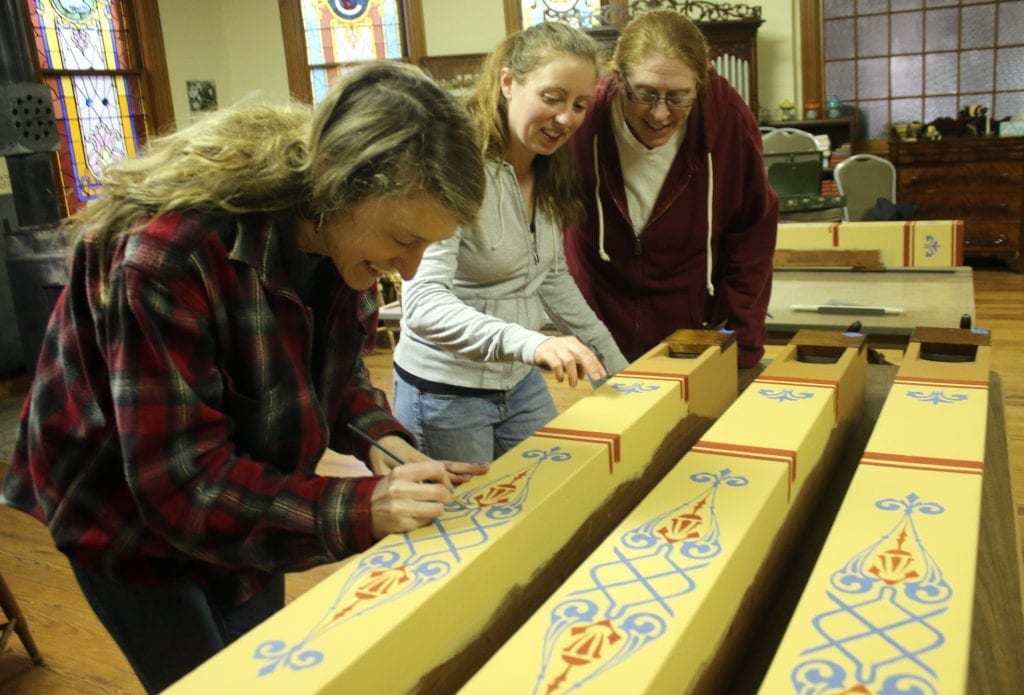 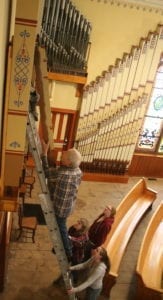 Julie Stark, top photo, touches up stencil-work details on a series of 12 new organ pipes being refurbished and installed at the Second Baptist Church in Worcester on Monday evening as Sadie Ostrander and Elizabeth Matter look on. Congregation members have been helping to decorate the 1888 pipes, made in Westfield, Mass., and that have been in storage since 1985. “The design we used was one I saw on an old trolley car in the Trolley Museum in San Francisco,” said Sidney Chase, who is leading the restoration. Inset, Chase installs one of the newly painted organ pipes in the sanctuary as Stark, Ostrander and Matter help hold the ladder. “There will be 49 more installed this fall,” said Chase. “We found them in a barn but we don’t know who made them.” Plans for 183 pipes in addition to those are slated for future installation. (Ian Austin/AllOTSEGO.com)